What constitutes a war crime?

The International Criminal Court has announced that it will open an investigation into possible war crimes carried out in Ukraine. There are specific international standards for war crimes. 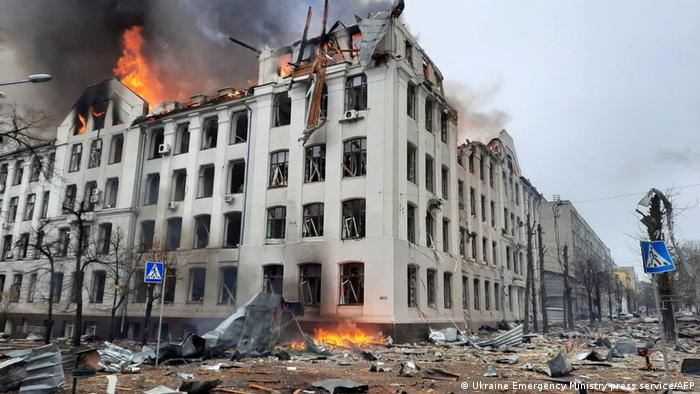 Was the shelling of Kharkiv's police building a war crime?

Since Russia invaded Ukraine on February 24, its troops have increasingly hit civilian sites with airstrikes and artillery, raising concerns that war crimes are being committed.

And  Ukrainian President Volodymyr Zelenskyy has described Russia's missile strikes in civilian areas as war crimes, most recently on Tuesday, when the Russian army launched airstrikes on Kharkiv's Freedom Square.

On Wednesday, the International Criminal Court (ICC) in The Hague announced that it would open an investigation into possible war crimes or crimes against humanity in Ukraine. In a statement, the prosecutor Karim A.A. Khan QC wrote that there was a "reasonable basis" to open an investigation and that the collection of evidence has now commenced.

There are specific international standards for war crimes, which are not to be confused with crimes against humanity.

War crimes are defined as serious violations of humanitarian laws during a conflict. The definition, established by the Rome Statute of the International Criminal Court, is derived from the 1949 Geneva Conventions and is based on the idea that individuals can be held liable for the actions of a state or its military.

The UN Office on Genocide Prevention and the Responsibility to Protect separates war crimes from genocide and crimes against humanity. War crimes are defined as occurring in a domestic conflict or a war between two states, while genocide and crimes against humanity can happen in peacetime or during the unilateral aggression of a military toward a group of unarmed people. 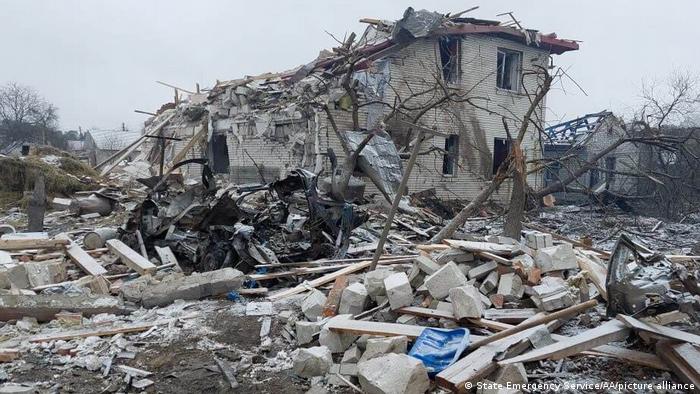 Ukrainian officials say more than 2,000 civilians have been killed during Russian attacks

There is a long list of acts that can be considered war crimes. The taking of hostages, willful killings, torture or inhuman treatment of prisoners of war, as well as forcing children to fight, are some of the more obvious examples.

But, in practice, there is significant gray area.

"The laws of war do not always protect civilians from death," said Mark Kersten of the Munk School of Global Affairs and Public Policy at the University of Toronto. "Not every civilian death is necessarily illegal."

Raids on cities or villages, bombing residential buildings or schools, and even the killing of groups of civilians do not necessarily amount to war crimes — if their military necessity is justified. The same act can become a war crime if it results in unnecessary destruction, suffering and casualties that exceed the military gain from the attack.

To decide whether an individual or a military has committed a war crime, international humanitarian law lays down three principles: distinction, proportionality and precaution.

Proportionality prohibits armies from responding to an attack with excessive violence. "If a soldier is killed, for example, you cannot bomb an entire city in retaliation," Kersten told DW.

It is also illegal to target objectives that are "expected to cause incidental loss of civilian life, injury to civilians, damage to civilian objectives, which would be excessive in relation to the concrete and direct military advantage anticipated," according to the International Committee of the Red Cross.

Precaution requires parties to a conflict to avoid or minimize the harm done to the civilian population.

Finally, "the principle of distinction says that you have to be constantly trying to distinguish between civilian and belligerent populations and objects," Kersten said, adding that this can be difficult.

"For example, attacking a barracks where there are people who have said they no longer participate in the conflict can be a war crime," he said. "The same goes for bombing a military base where there are generators that supply hospitals with electricity." 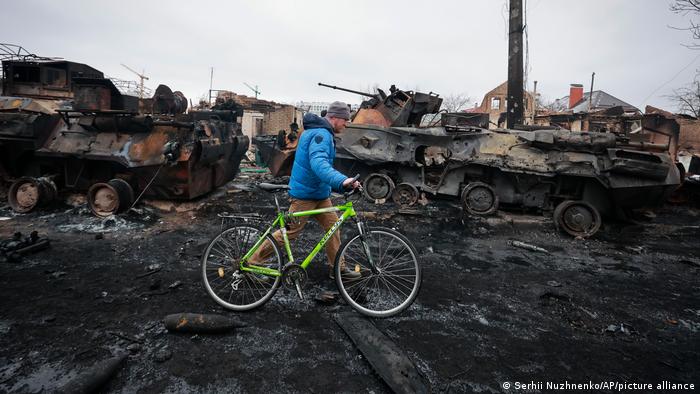 Russia has intensified its assault over the past days

Civilian and military populations have become increasingly hard to distinguish.

"You have saboteurs, you have plainclothes officers," Kersten said. "Combatants disguise themselves in wars all the time. These are very common tactics."

When ICC prosecutors have reason to believe that a war crime has been committed, they start an investigation to find evidence that could point to specific individuals responsible for those crimes.

"Those are the kind of moments we're heading to now, with regards to the war crimes conducted in Ukraine," Kersten said.

Speed is crucial, however, as evidence can degenerate or disappear. It is very difficult for prosecutors to successfully investigate suspected war crimes after the fact, when one party to a conflict may have tampered with evidence or witnesses are no longer available.

Statement of ICC Prosecutor Karim A.A. Khan QC on the situation in Ukraine