Still stricken by grief, Abdullah Kurdi has said politicians have done too little to stop both the war in Syria and deaths of migrants at sea. The 41-year-old lost his wife and two children, including 3-year-old Aylan. 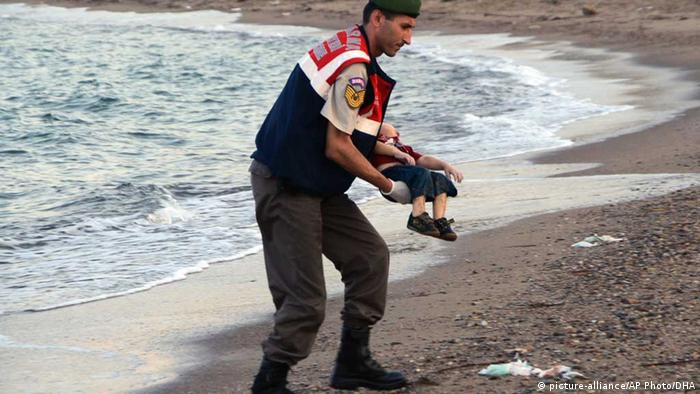 Kurdi made his remarks to the Thursday edition of German mass-circulation daily newspaper "Bild," a year on from the family tragedy that drew attention to the plight of migrants crossing the Aegean Sea.

An image last year of Syrian toddler Aylan Kurdi - whose body had washed ashore on a Turkish beach as his family tried to reach Europe - sparked an international outcry at the plight of migrants.

The boy's father bemoaned the fact that the violence in Syria - and deaths at sea of those escaping it - were not a thing of the past. 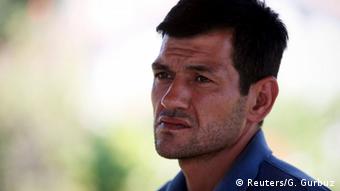 Father of Aylan Kurdi, Abdullah, said he could still only think of his wife and two children

"After the death of my family, the politicians said 'Never again!'" Kurdi told "Bild." "Everyone apparently wanted to do something because the photo had moved them so much. But what is happening now? The dying goes on and nobody does anything."

In addition to losing Aylan, Kurdi lost his eldest son, Galib, and wife, Rehab, who are buried in the town of Kobane. Kurdi now lives alone in a house in the city of Irbil, where he was invited to live by the Kurdish government in Iraq.

Kurdi said he had no problem with the fact that the picture of his son became an icon of the tragedy unfolding in the Aegean as a result of Syria.

"Something like that had to be shown to make clear to people what was happening, but the photo hasn't changed much. The horror in Syria - and the catastrophes for those making their escape - must finally come to an end."

However, Kurdi said he had been initially shocked when Chinese artist Ai Weiwei controversially recreated the image of Aylan lying on the beach. Ai was photographed lying prone and motionless on the beach, a piece of work that attracted widespread media criticism. 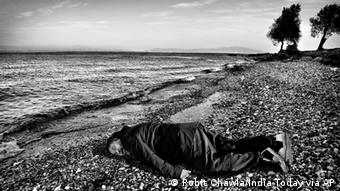 "I was not asked beforehand and was completely shocked. I know that Ai Weiwei really does want to do something for refugees and that is a good thing, but I should also have been considered. I am the father and I have to live with this."

The death of Aylan was also depicted artistically with a graffiti reproduction of the picture on a giant mural in the city of Frankfurt, subsequently vandalized by suspected right-wingers.

Kurdi told "Bild" he had wanted to visit the graves of his wife and children, but was persuaded against doing so by doctors after he was treated for blood poisoning, spending almost a month in hospital.

"I think only of Aylan, Galib and Rehab," he said, adding that images of migrants in trouble off the coast of Italy rekindled memories of the day his family died. "If I see these photos then I immediately think again of the horror on the boat - I cannot look."