An extraordinary meeting has been held in Brussels amid the ongoing conflict in Ukraine. The bloc's top diplomat, Josep Borrell, has hinted that sanctions on Russia's oil and gas sector are possible. 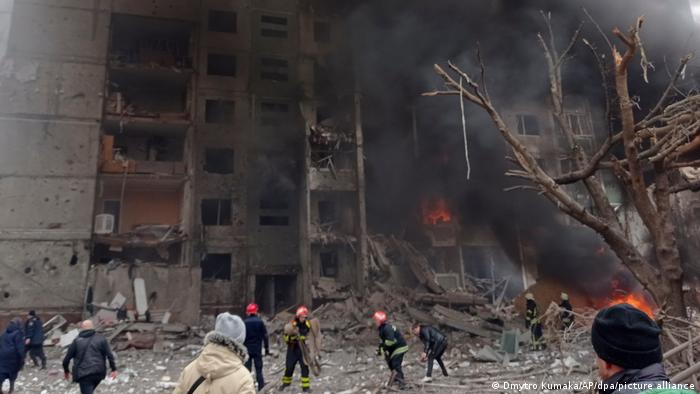 "This scale of the humanitarian catastrophe there in Ukraine that is unfolding really worries us. Europe is seeing destruction and displacement on a scale not seen since the darkest days of the last century," EU President Ursula von der Leyen said.

"What this really about is the lives of men, women, children, hundreds, thousands of individuals, human tragedies inflicted by Vladimir Putin and his war of choice on the Ukraine and its people," US Secretary of State Antony Blinken added.

Ukrainians fleeing to Europe will be granted temporary residence permits as well as access to jobs, education and healtcare for at least a year under the EU's temporary protection directive that was approved on Thursday.

Europe was ready to impose more sanctions on Russia if it does not stop the war in Ukraine, von der Leyen warned.

"To be very clear, we are ready to take further severe measures if Putin does not stop and reverse the war he has unleashed," she said.

"With his war against Ukraine [Putin] is also driving his own country into ruin,'' said Baerbock.

At the same meeting, Borrell, when questioned about possible sanctions on the Russian oil and gas sector, said that "everything remains on the table."

So far, such sanctions have been rejected amid fears that the fuel shortages they might cause could be too damaging for European economies.