Europeans' energy usage at peak periods comes alarmingly close to production limits, according to a new study. Energy conservation and investments in alternatives are urgent, the authors concluded. 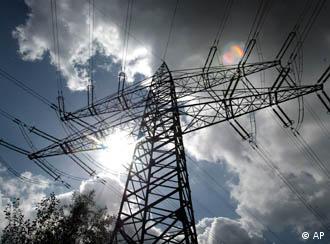 Will the lights go out soon? The authors of a new study on the European energy market believe so -- and that bottlenecks in the delivery of energy in Europe can be expected in the near future.

Entitled "European Energy Markets Observatory," the annual study by Capgemini, a business and IT consultancy headquartered in France, said that the capacity limits of generators averaged at only about 4.8 percent higher than usage at peak times. That was a drop of a percentage point over 2004 and the lowest level in at least 10 years.

Though the high usage won't likely mean far-reaching power failures, such as occurred in the United States three years ago, the situation in some countries has become critical, the study's authors said.

During the extremely hot summer in Spain last year and the resulting surge in the use of air conditioners, for example, energy use and its price rose to record levels. A cold wave in Europe in November 2005 also pushed up usage while five atomic energy plants in France and two in Germany were out of commission, the report said.

In some countries, such as Slovenia, consumers are already dealing with falling capacity. There, the excess capacity available is far lower than 5 percent, said Philippe Coquet of Capgemini.

"In Germany, the excess capacity is around 6 percent and is at a relatively safe level," he said.

The report's authors said that plans to reduce energy consumption by around 20 percent by the year 2020, as proposed by the EU in March, will be helpful but must begin earlier. 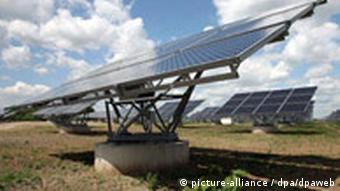 New sources of energy and new plants are urgently needed

"Investments in new plants and the delivery network are especially urgent," said Coquet. He estimated that about 700 billion euros ($950 billion) need to be put toward the effort over the next 25 years, with about 150 euros earmarked for the building of new energy plants in the next five years.

The European energy market is expected to be a priority when Germany takes over the EU presidency in January. Whether that will mean progress in the discussion over the further liberalization of the energy market, more competition or cross-border cooperation on production and emissions is not yet clear.

But there are few united voices in Germany, with politicians giving mixed signals.

Energy policies are currently "absolute chaos," according to Claudia Kemfert, who heads the energy research department at the German Institute for Economic Research in Berlin.

As a result, energy companies feel insecure and put off long-term investments in new power plants, she said. Without the security to plan for the future, the competition could become even more intense due to the pressure on prices, Kemfert added.

But the energy companies would be unlikely be suffer much since high oil prices and production close to capacity limits meant that electricity prices -- and profits -- had risen sharply.

"It's in the concerns' interests to keep capacities limits relatively low," said Kemfert

That means that even a small increase in demand would likely lead to power shortages in the future. And the next summer of record-breaking temperatures is sure to come sooner or later.

The Group of Eight industrial nations approved a statement on "Global Energy Security" on Sunday that allows for splits over nuclear energy and climate change among member nations. (16.07.2006)

Pipeline Could Bring More Energy and Freedom to Europe

Officials from more than 20 countries on Thursday attended the official opening of the world's second-longest oil pipeline in Ceyhan, Turkey. It provides Europe with an energy alternative to the Middle East and Russia. (13.07.2006)