For 10 days, around 400 movies from 56 countries will attract viewers' attention. Read DW-WORLD stories about the film festival. 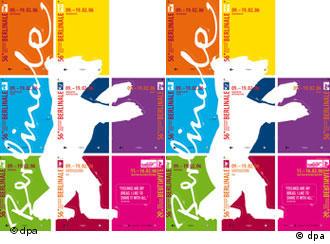 Berlinale tickets are a hot commodity in the German capital

The 56th Berlin International Film Festival got underway on Feb. 9, with journalists, paparazzi, film producers and movie buffs beleaguering glitzy Potsdamer Platz in downtown Berlin. For 10 days, fans and film aficionados alike will rush for a glimpse of the action as some of cinema's biggest stars walk the red carpet.

There will be a lot to see, from Hollywood blockbusters to debuts from little-known artists. And the first of Europe's three major film festivals is bigger than ever with around 400 movies, 26 of which will compete for the Golden and Silver Bears.

But when the lights go off and the curtain opens in the cinemas around town, the audiences are likely to be in for some serious takes on reality as a much grimmer set of films premier compared to previous years. If last year focused on sex and sizzle, this year's festival will showcase more political fare.

As the Berlin film festival kicks off on Thursday, DW-WORLD talked to international jury member and acclaimed Bollywood director and producer Yash Chopra about movies and love. (Feb. 9, 2006)

In a preview of the thousands that will descend on Berlin for the World Cup final on July 9, a number of remarkable soccer films, and fans, have already made an impression at the city's international film festival. (Feb. 18, 2006)

"The EU Hasn't Managed to Generate its Own Myths"

The Marshall Plan film series "Selling Democracy" runs for the last time at the Berlinale this year. DW-WORLD spoke to British historian David Ellwood about the lessons the US celluloid propaganda operation holds today. (Feb. 18, 2006)

Taking on the Big Guys

A biting political satire, "Bye Bye Berlusconi" has made quite a splash at the Berlin Film Festival. DW-WORLD interviewed its director, Jan Henrik Stahlberg, and scriptwriter, Lucia Chiarla. (Feb. 15, 2006)

As the 56th Berlinale opens its doors on Feb. 9, Deutsche Welle takes a look back at the turbulent and glamour-filled history of the festival and its founding amid a war-ravaged Germany. (Feb. 6, 2006)

The Berlinale celebrates the 20th anniversary of the Teddy Awards, honoring gay and lesbian film. Reason enough to check in with Rosa von Praunheim, the director and prominent gay rights activist. (Feb. 14, 2006)

The 56th Berlinale, the first major European film festival of the year, awarded its Golden and Silver Bear prizes for best film, director and actors. International productions with a political touch were singled out. (Feb. 19, 2006)

European films are the must-have items on distributors’ shopping lists at the Berlinale this year. (Feb. 16, 2006)

A film about a rapist's attempts to escape his past at the Berlinale upholds the film festival's reputation for dealing with wrenching subjects. The director says he is emphasizing loneliness, not rape, in the picture. (Feb. 16, 2006)

When it comes to Germans and the world's largest supermarket, Wal-Mart, there's little love lost. No surprise then that a new film exposing the work ethics of the US retail giant, is such a hit at this year's Berlinale. (Feb. 17, 2006)