"The EU Hasn't Managed to Generate its Own Myths"

The Marshall Plan film series "Selling Democracy" runs for the last time at the Berlinale this year. DW-WORLD spoke to British historian David Ellwood about the lessons the US celluloid propaganda operation holds today. 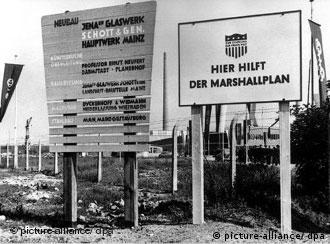 The European Recovery Program, also known as the Marshall Plan, was set up by the US in 1948 to help a war-devastated Europe back on its feet. In addition to forking out economic aid worth billions of dollars, the US injected massive funds to make films in European recipient nations to promote and instill US ideas of democracy and the American way of life as a counterweight to what they saw as the rising specter of Communism.

The Berlinale itself was born as a result of this propaganda operation and was meant to reconnect Berlin with the wider world. For the past three years, the Berlin film festival has been showcasing Marshall Plan films made all over Europe under the title "Selling Democracy." They also included anti-Marshall Plan films made by former Communist East Germany.

This year the series, under the title, "Friendly Persuasion" have focused on feature films, comedies and satires on the "Americanization" of European societies. They include "One, Two, Three" by Billy Wilder, "Bienvenido Mr Marshall" by Luis Garcia Berlanga and "Das Verurteilte Dorf" by Martin Hellberg.

DW-WORLD spoke to David Ellwood, British historian and Marshall Plan expert who teaches at the University of Bologna and was at the Berlinale to talk about "Selling Democracy."

DW-WORLD: This is the third and final year of the Marshall Plan film series "Selling Democracy" at the Berlinale. The Berlin film festival itself is a product of the Marshall Plan. Why you think cinema was chosen as a key means of persuasion by the US at the time? 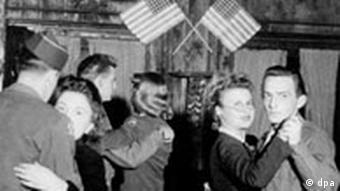 David Ellwood: Americans wanted to get over the language barriers in Europe, so they made films everybody could understand. That included cartoon films, comedies and satires. The first priority was to make material that could be shown in all 16 Marshall-Plan-Countries. At the time you also had a lot of countries where illiteracy was high – it was 15 percent in Italy and also very high in Portugal or Greece. So the US wanted to have films that could be shown on every educational level, you didn't had to be clever to watch them. And it was a time, when everybody went to the cinema once or twice a week, it was the dominant mass medium. Film played the role that TV plays today. So the Marshall Plan, which was the biggest propaganda operation ever seen in peacetime, had a great psychological dimension. There was a sense, that the medium was the message. The urgency and the commitment and the energy the Americans brought to this whole operation has something to tell us today.

The EU currently is in crisis and has a problem communicating with its citizens. There's even talk of setting up an press agency. Do you think the EU needs something along the lines of the Marshall Plan? 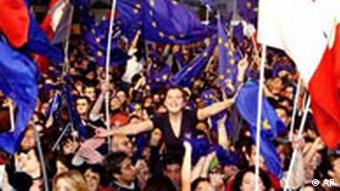 The EU is a technocratic organization. It doesn't have the same political charisma as the Marshall Plan had and still has in a certain way. It has not managed to generate its own myths. It has great difficulties in stirring enthusiasm and finding ways to define Europe and the European project in a way which creates participation and a sense of dynamism. This became apparent when EU enlargement topped the agenda and when the former Soviet block countries began to join the EU. That should have been a time for great mobilization, enthusiasm, participation, enthusiasm and excitement – but it wasn't. In a way it was deliberate because EU leaders did not want to raise expectations that they could not manage. It's a pity. Europe has never had the same capacity to whip up enthusiasm and invent slogans that involved people and that they could identify with. It's a real problem.

The US today is in a difficult position both in Iraq and Afghanistan. Do you think the Marshall Plan still holds lessons for America? 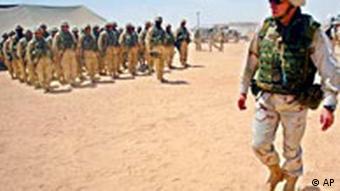 Would a new Marshall plan help them to feel more welcome in Iraq?

There was a time, when the Americans thought they could develop the Middle East along Marshall Plan lines. They even started thinking about this before the Marshall Plan itself. But these ideas never got really far. One of the slogans oft the Marshall Plan was: "Prosperity makes you free." That kind of language is not going to get you very far in Iraq. That sort of consumer-based, individualistic, private, materialistic prosperity is not what the great majority of people in Iraq seem to want. They have other values and standards. It's very difficult for the Americans to come to term with this – the fact that other people do not necessarily want what they want.

This is the last year of the Marshall Plan films at the Berlinale. What do you think can replace this special historical sidebar event at the film festival in future? 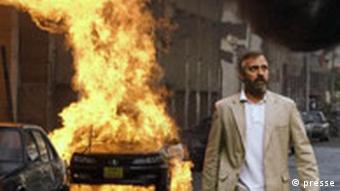 Scene from "Syriana" with George Clooney

There are other possibilities. One is history and film -- and how film transmits and creates history. You can do that in a hundred different ways. Look at George Clooney's new film "Syriana" which showed at the Berlinale. It's about the present day crisis in the Middle East, about terrorism and the CIA and oil wars and geopolitics -- in 10, 20 years that will be a historical film. That is a great deal of work to be done and reflection to be carried out on how films become history and not how history is portrayed in film- that's too easy. Another possibility is to reflect further on the way America and American powers function in our society. That is something you can do on a world scale and how the cinema reacts to this, deals and copes with it: the American challenge as portrayed in films of the world.

The movie stars, the gliterring premieres...it's the public face of the Berlinale Film Festival. But behind the scenes, the hard bargaining happens. This year, the must-have item for distributors is edgy European cinema. (Feb. 16, 2006)

Helping Postwar Germany Back on Its Feet

The Allies had very different ideas on how much economic power Germany should be given following the war. Disagreements between the Soviets and the British and Americans foreshadowed the divide to come. (May 8, 2005)