The movie stars, the gliterring premieres...it's the public face of the Berlinale Film Festival. But behind the scenes, the hard bargaining happens. This year, the must-have item for distributors is edgy European cinema. 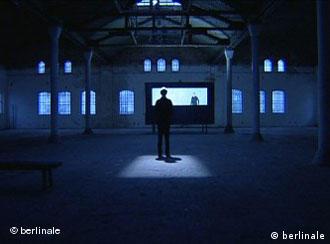 For ten days in February, paparazzi and film fans alike take over Marlene Dietrich Platz in downtown Berlin. The reason? Berlinale -- Germany’s largest international film festival. With 400 movies, the first of Europe's three major film festivals is bigger than ever, showing everything from Hollywood blockbusters to art house debuts from lesser-known artists.

But what has grown most in recent years is the Berlinale's European Film Market (EFM). Since competitor MIFED stopped operating in Milan, Italy, last autumn and the American Film market (AFM) moved from April to November, the European Film Market has become one of the most important events on the industry calendar.

It's the only market worldwide which takes place within the framework of a film-festival. And among the world’s biggest international film festivals, the Berlinale is unique. It's not just for invited guests and professionals, but is also open to the public.

In the Berlinale's 30 cinemas, world premieres test a film’s potential success with critics and an international audience alike. On Tuesday, Iranian director Rafi Pitts screened his new film "Zemestan – It's Winter" which is competing for the Berlinale's Golden Bear prize this year.

"For any film -- whether Iranian or not -- a podium like Berlin obviously is beautiful," Pitts said. "Because it helps art exist. If you work in art house cinema, how else are you going to get people to find out about it? How else are you going to give that podium for smaller distributors to be helped and they release it. So it's a question to tell the world that the film exists."

The place to pick up quality European indies 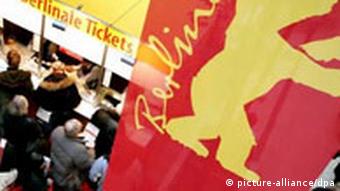 European indies are drawing in the crowds at Berlinale this year

Although Hollywood blockbusters are also featured in Berlin, their distribution and public relations deals were made long ago as part of their financing. In Berlin, the Berlinale's six sections mainly focus on art house cinema. And it's at the European Film Market that the independent scene's new releases are promoted and international distribution rights are negotiated.

"This year we have a selection of 625 films coming from I think 48 countries," said EFM-director Beki Probst. "We have a lot of American independents; we are still going on with the straight-from-Sundance program. We have, of course, a lot of European films, also of course German films. And we do have a lot of films from Asia."

The EFM is a real chance for independent films to find a wider audience. Edgy German competition-entry "Elementary Particles" became a market hit last week. Distributor Celluloid Dreams sold the adaptation of Michel Houellebecq's book to distributors in 23 countries – all within 24 hours of the film's Berlinale debut. 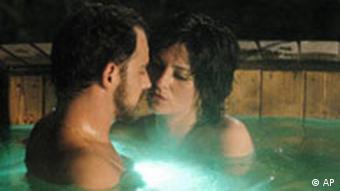 German film "Elementary Particles" has made a big splash

"I think that there's really something spectacular happening with the German cinema at the moment," enthused Beki Probst. Such resurgence is good news for the German box office which is sorely in need of a boost. Like most of Europe, cinema admissions were down last year in Germany to 21.5 million, a slump from the 36.7 million of the previous year.

But this year, traders are paying particular attention to new German actors, young directors and their films. The diversity in style and content has never been broader. This year's Berlinale is showcasing 55 local films in all, including four in the festival's main competition.

Europe looks to the future with funding initiative 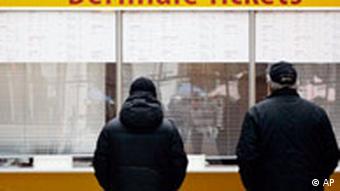 With more than 700 films now being produced each year in Europe, a new think tank was launched at the European Film Market this week by the Danish Film Institute. "If we want to promote European films and make sure the 1.5 billion euros spent on supporting European films are used correctly, we should use funding more effectively," the institute said.

European film makers are hoping that the discussions find a way to better support their products and to allow artists to bring their visions to life and to the market place at places like the Berlinale.

A film about a rapist's attempts to escape his past at the Berlinale upholds the film festival's reputation for dealing with wrenching subjects. The director says he is emphasizing loneliness, not rape, in the picture. (Feb. 14, 2006)

The Berlinale celebrates the 20th anniversary of the Teddy Awards, honoring gay and lesbian film. Reason enough to check in with Rosa von Praunheim, the director and prominent gay rights activist. (Feb. 13, 2006)

The official homepage of the International Berlin Film Festival. Information on films, finalists and itinerary in English.