The Berlinale celebrates the 20th anniversary of the Teddy Awards, honoring gay and lesbian film. Reason enough to check in with Rosa von Praunheim, the director and prominent gay rights activist. 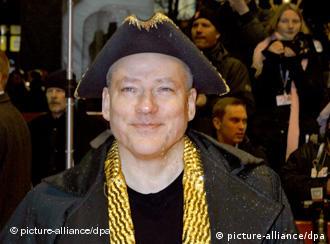 Rosa von Praunheim made one of the first gay political films

DW-WORLD: In 1971, you showed the first political film at the Berlinale dealing with gay issues. There was much criticism at the time of "It Is Not the Homosexual Who Is Perverse, But the Society in Which He Lives." This year, the Berlinale celebrates the 20th anniversary of the Teddy Awards, honoring gay and lesbian film. Reason enough to be satisfied, to be a little proud of what you've accomplished?

Rosa von Praunheim: Both, yes. Of course we're very happy that we have gay mayors in Berlin, Hamburg and other European cities. But we can't forget that gays and lesbians suffer immense pressure in other countries and continents. In Islamic countries, it is still a death sentence to be gay. In Africa and Asia, gays and lesbians are still discriminated against, isolated or simply ignored.

You yourself have withdrawn from an activist life. Why?

Simply because of exhaustion. I was very involved in AIDS work for 10 years from the middle of the 1980s. We started the first activist group in 1983, when AIDS was a big story in the press, but before AIDS help groups. I made five films, did radio plays, a lot of public relations work and appeared on TV. At the time there were others that didn't see a need to limit sexual activity in any way. At the beginning of the 1990s, I started my "Outing" campaign, where I outed gays and lesbians in show business and politics. It was the last method of reaching people with influence, power and responsibility and forcing them to tackle problems, and no longer hide themselves. Very many of my friends had died at this point, especially in America, where I worked for a long time. I just couldn't take it any longer. 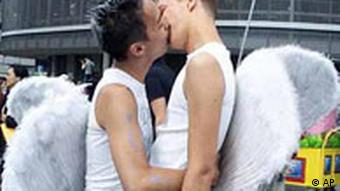 The number of new infections is now once again climbing dramatically. Some of the younger generation doesn't seem willing to protect themselves.

Young people need to be repeatedly told of the dangers. When you discover sexuality, you have romantic notions. You don't immediately think of AIDS, death and in finite terms. The responsibility there lies with prominent gays and AIDS support groups, and each generation needs to confront the issue anew. It's still very disorderly nowadays. There are too few people who do something from the heart, but a great many AIDS civil servants, sociologists and psychologists that have secure jobs in the AIDS sector. I've pulled myself out of there. There need to be new people moving in a new direction. Back then we developed programs in the gay subculture that went beyond simply handing out flyers or broadcasting advertising spots. They need to think of new approaches.

Yes. There's a short film at this year's Berlinale about Berlin's political drag queen "Ovo," who was active in AIDS work and died recently. Such things happen worldwide, but film is only one of many different measures.

The gay cowboy movie "Brokeback Mountain" is the top favorite at this year's Oscars. How will gay film develop in the future? 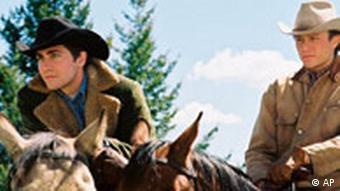 After Brokeback Mountain, will gay film drown in the mainstream?

Well, like hetero movies. Look at how many romantic movies are out there. They're about people and relationships, and that will always be interesting. It is always important and exciting to show people who are suppressed, who aren't lucky enough to enjoy much tolerance from the rest of the society. To seek this freedom yourself, to do that which you think is right, to develop that self-confidence -- that too, is a subject.

But is success in the mainstream the end of gay political film?

No. There world is still too much in disarray for that. It's important that this sort of film doesn't come only out of Hollywood, but out of the East, where the church still has a great influence, or out of Africa and Asia, where sexual suppression is overall very strong. It's not about the rights of gays, lesbians, and transsexuals, but also about women. There is much still to do.

Rosa von Praunheim, 64, is a director, actor, producer, artist and one of the founding fathers of the gay political movement in Germany. Nowadays, he teaches film and directing at the University for Film and Television in Potsdam-Babelsberg.

How AIDS is spread is no longer a mystery to most of the West, but in 2005 the number of infections in Germany rose by 20 percent -- even more in the gay community. What is making many gay men throw caution to the wind? (Dec. 1, 2005)