The 56th Berlinale, the first major European film festival of the year, awarded its Golden and Silver Bear prizes for best film, director and actors. International productions with a political touch were singled out. 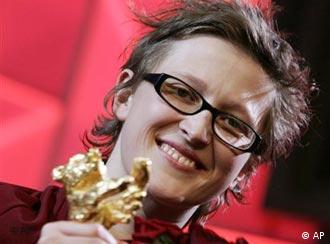 A moving portrayal of Bosnia's post-war trauma and the lingering impact of the systematic rape of Bosnian women by Serb soldiers won the top prize at the Berlin Film Festival on Saturday. "Grbavica" by Sarajevo director Jasmila Zbanic took the Golden Bear for best film at the conclusion of a glittery gala ceremony in central Berlin. 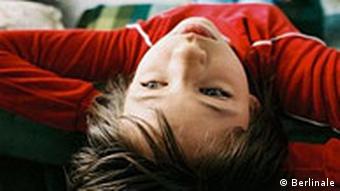 The film about how a single mother and her 12-year-old daughter cope with the aftermath of the Bosnian war is a joint Austrian-Bosnian-German-Croatian production with a strong political overtone.

"I just want to use this opportunity to remind us all that the war in Bosnia was over some 13 years ago and the war criminals Radovan Karadzic and Ratko Mladic still live in Europe freely," Zbanic told the audience, referring to the former Bosnian Serb leader and his army chief.

"They (have not) been captured for organizing the rape of 20,000 women in Bosnia, killing 100,000 people and expelling from their houses one million people. Nobody is interested in capturing them," she said. 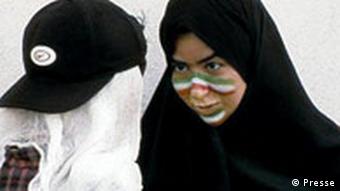 A total of 19 productions were shown in the competition for best film. In addition to the film by Zbanic, the jury singled out two more films for second-place Silver Bears: "Offside," a politicized comedy that uses soccer mania to highlight the struggle for women's rights in Iran by Iranian director Jafar Panahi and "En Soap" ("ASoap") a melancholic comedy about a love affair between a woman and a transsexual by Danish director Pernille Fischer Christensen, who also received an award for best first feature. 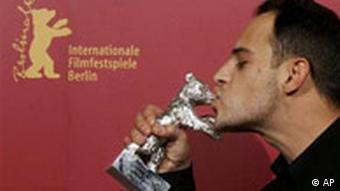 German actors Moritz Bleibtreu and Sandra Hüller were awarded Silver Bears for their performances. Bleibtreu starred in Oskar Röhler's film adaptation "Elementary Particles" based on the same named novel by French author Michel Houellebecq. Hüller took home her prize for her role in "Requiem," a German production based on a true story about a girl who dies after an exorcism.

"What you see in the film looks awful, but I can say the process of filming the movie was a pleasure," she said of the work by Hans-Christian Schmid.

The jury presented German performer and director Jürgen Vogel a Silver Bear for his work in "The Free Will." Vogel received the prize for his overall contribution as actor, producer and co-author in the film about rape. 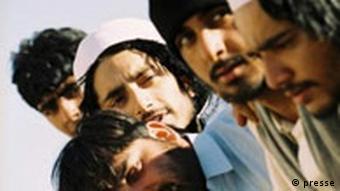 Scene from "The Road to Guantanamo"

British directors Michael Winterbottom and Mat Whitecross, the makers of the critical political documentary "The Road to Guantanamo", won a Silver Bear prize for best director. The film recalls the true story of three British Muslims who were held at the US prison camp in Cuba for more than two years before being released without charge.

In a preview of the thousands that will descend on Berlin for the World Cup final on July 9, a number of remarkable soccer films, and fans, have already made an impression at the city's international film festival. (Feb. 18, 2006)

The Berlin International Film Festival, which opened on Feb. 9, veered away from the sex and sizzle which dominanted last year's fare, to focus on political themes. (Jan. 30, 2006)