The number of Syrians coming to the EU from Turkey has decreased considerably in January, according to a German newspaper. More Iraqis and Afghans are fleeing to the bloc, but have slim chances of receiving asylum. 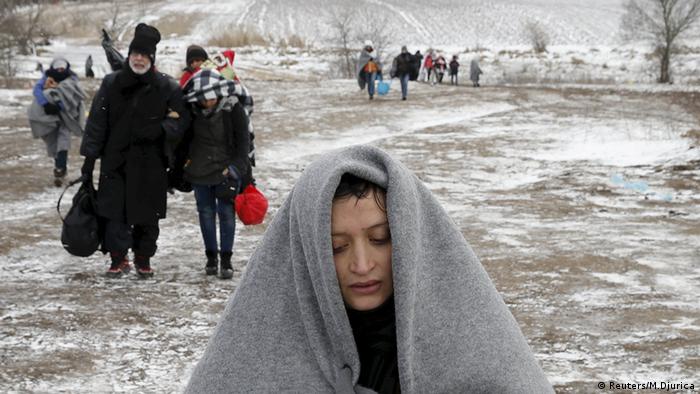 Nearly forty percent of migrants who entered the European Union (EU) in January do not have a realistic chance of getting asylum, the Sunday paper "Frankfurter Allgemeine Sonntagszeitung" (FAS) quoted a senior European Commission official as saying.

The paper quoted statistics from the EU's border agency, Frontex, indicating that only around 39 percent of the migrants coming into the bloc last month were Syrians, compared to 69 percent last year. Twenty-four percent were from Afghanistan, up from 18 percent, and 25 percent from Iraq, compared to 8 percent in 2015. The rest were from North Africa and the Balkans.

Refugees coming from countries other than Syria have a lower chance of being recognized as asylum seekers, the report noted. Citizens of the Maghreb countries - including Morocco, Tunisia and Algeria - and the Balkan states are categorized as economic refugees. The German government is currently working on a law to designate some nations as safe regions and enable authorities to deport citizens from these countries more easily.

The largest influx of refugees was recorded in October, with an average of 6,929 refugees arriving in Europe every day. The numbers had considerably decreased in January, when 60,466 refugees reached the bloc, the FAS reported. 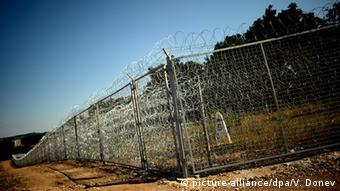 Bulgaria has built anti-migrant fences along part of its border

Meanwhile, aid workers have sounded an alarm for better shelters after refugees continued to flow into the Balkans from Greece despite the harsh winter. On Sunday, two women migrants died in Bulgaria because of freezing conditions, authorities said. They said one of the victims was a teenager and the other was between 30 and 40 years old.

It is the second time that reports have emerged from Bulgaria of migrants dying as a result of hypothermia. In January, the frozen bodies of two men were found in mountains near the border with Serbia.

Germany has 770,000 unprocessed asylum applications. How can the stack be reduced? The responsible authorities have devised an ambitious plan to ensure that everything goes faster, DW's Kay-Alexander Scholz writes. (06.02.2016)

Austria says it doesn't have legal authority to keep fingerprints from migrants passing through the country. Critics charge the government is skirting responsibility. Alison Langley reports from Vienna. (05.02.2016)