Germany looks at new approaches for processing refugees | Germany | News and in-depth reporting from Berlin and beyond | DW | 06.02.2016

Germany has 770,000 unprocessed asylum applications. How can the stack be reduced? The responsible authorities have devised an ambitious plan to ensure that everything goes faster, DW's Kay-Alexander Scholz writes. 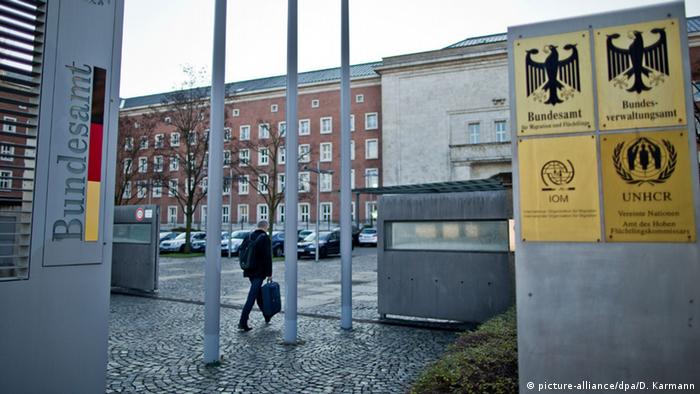 About 370,000 people in Germany are waiting for decisions on their asylum applications, according to an estimate by Frank-Jürgen Weise, the director of the Federal Office for Migration and Refugees (BAMF). He estimates that another 300,000 to 400,000 people within the country have not yet submitted applications. Some people may have registered several times in attempts to receive asylum status, others may have already left Germany, and still more people may have chosen not to register at all, choosing instead to live in the shadows. This "unacceptable" situation must soon come to an end, Weise said.

BAMF has based its calculations on an expected 500,000 new applications for asylum in 2016. Should more people seek protected status, the numbers would go beyond the scope of current planning and the German government would have to spend more money for staff; otherwise, Weise said, the stack of "longstanding" applications will grow.

The regulations will put a new face on Germany's "welcome culture"

Applicants will now be taken straight to 20 new arrival centers, with at least one located in each state. At the center, each applicant's particulars will be entered into a central database. The federal police will verify the authenticity of identity documents and check backgrounds to see whether applicants have criminal records. Medical staff will carry out checkups. If everything is in order, the person will receive a "proof of arrival" document. This written confirmation will allow access to accommodation, food and other assistance. The arrival centers will also be responsible for asylum applications.

The amount of time spent waiting in arrival centers will generally depend on people's countries of origin. Applicants who have good chances of staying, such as Syrian citizens, can expect a decision within 48 hours. Then, they will quickly be sent off to their assigned municipalities. People who have little chance of success - for example, Albanians, whose homeland has been officially classified as a safe country of origin - will be transferred to waiting zones until the application has been decided on. If rejected, the people will be deported to their countries of origin. A similar procedure will be used for "Dublin cases," or people who enter the EU through a country other than Germany and fail to apply for asylum upon arrival.

This new procedure has already been tested in some cities and will now expand nationwide. For months, German politicians have quarreled about how the old and congested system can be improved. Now, a completely new approach has been created. However, many open questions remain, such as an exact description of the waiting areas: Will they be something like detention areas?

The entire asylum procedure will be given a high-tech gloss. For example, translators no longer need to be present on site because interpreters will be available via video. Another new feature is that while asylum applications are being filled out, a short CV can be generated and forwarded to local employment agencies. This shows that the head of the immigration authority will be responsible for two services: immigration and employment. The government had asked BAMF head Weise to connect the two authorities so that refugees can be quickly integrated into the labor market.

If everything goes as planned, asylum applications will be processed more quickly than ever before. To different ends, Syrians and Albanians will likely be processed within days. Cases that fall into the "other" category will take three months to process.