Despite critical remarks from members of the SPD, Germany's ruling coalition has denied any internal tensions surrounding the latest asylum legislation draft. The government approved the package earlier this week. 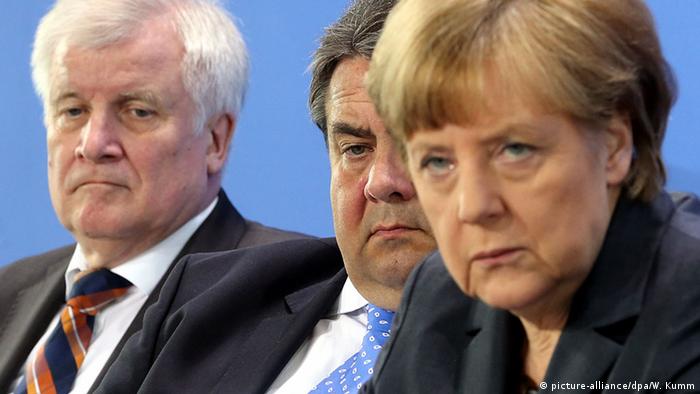 Although the asylum package was approved by Chancellor Angela Merkel's cabinet earlier this week, some coalition members seemed unaware of the details and expressed their opposition to some measures in the proposed set of laws.

Sigmar Gabriel, vice chancellor, economy minister and leader of the SPD party, said he did not agree with the draft's measure to suspend family reunification for unaccompanied minors, according to the German public broadcaster ARD. Gabriel only learned of the change after being asked about it during an ARD interview and presented with evidence.

All ministries, including those led by the SPD, received copies of the draft legislation.

Despite conflicting remarks from its party leader, the SPD said on Saturday that the dispute was a "non-issue" during a meeting of SPD, CDU and CSU leaders. Reuters news agency also reported on Friday that circles within the SPD were "not questioning" the asylum draft. 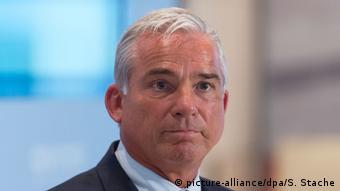 Strobl: 'It's irritating that the SPD chairman suddenly claims to not be in the know.'

Numerous CDU/ CSU politicians asked for SPD politicians on Saturday to stand by the coalition agreement and pass the proposed legislation.

CDU politician Thomas Strobl remarked that he was "very surprised" about some SPD members' apparent opposition to the asylum bills.

"The rules concerning family reunification were a central issue in the negotiations for 'Asylum Package II' and had been widely discussed for weeks," he emphasized. "It's irritating that the SPD chairman suddenly claims not to be in the know.

"One should expect that the SPD departments would carefully read the draft legislation," he added.

Opposition parties were also quick to react to the latest coalition quarrels. Green party leader Katrin Göring-Eckardt said it was inconceivable that one side of the government is unaware of what the other is doing - especially in a matter that will have major consequences for refugee minors.

"It is also extremely worrying that this was not even noticed within the SPD-led ministries," she said.

In the new bill, family reunification for refugees would be suspended for two years for people with "subsidiary protection." This group is comprised of people who do not have a right to asylum and who have no protection under the Geneva Convention. They are, however, allowed temporarily to remain in Germany if deportation would result in their lives being put in danger.

In an earlier draft of the proposed legislation, unaccompanied minors had been excluded from this group, however the clause was not part of the bill as agreed upon by cabinet ministers.

The legislation aims to provide German authorities with the ability to manage the environment created by more than 1 million migrants entering the country in 2015, many seeking asylum after fleeing war and poverty in the Middle East, Asia and Africa.

After the cabinet's approval, the legislative package will go to both houses of German parliament for debate.