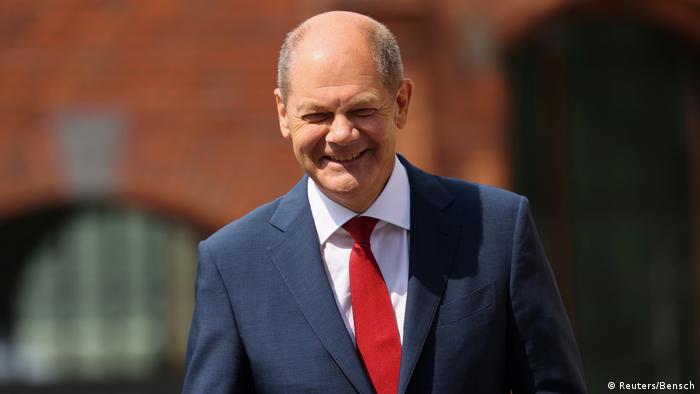 German Finance Minister Olaf Scholz said there was a good chance Germany's economy could return to pre-crisis levels in 2022 or even earlier, in an interview with US broadcaster CNBC.

"If I look to the data, we could be quite confident about the future, we have an increase in economic growth, we will have a chance that we go back to the situation we had before the crisis in the beginning of (20)22, possibly a bit earlier. So there is a good development that we can see," he said.

"But we have to understand that we all depend on each other, and this is even so for the economy."

A survey released Tuesday showed investor confidence in Germany dropped sharply in October amid a resurgence in virus cases. The Mannheim-based ZEW institute's monthly barometer measuring economic sentiment dropped to 56.1 points in Europe's largest economy from a 20-year high of 77.4 points in September.

Europe will be 'stronger' after crisis

In July, European leaders agreed on the bloc's seven-year budget and a pandemic recovery fund that will provide struggling member states with much-needed cash. However, both packages, worth €1.8 trillion ($2.12 trillion), must still be approved by EU lawmakers. Talks on the funds are expected to resume in the coming days. The deal would then need to be ratified by the bloc's 27 national parliaments.

Many sectors rely on EU funds, and there are fears that delays in finalizing an agreement could further damage the EU economy.

Scholz told CNBC the EU now had a real opportunity to create a closer fiscal union, adding that the solidarity member states had shown to each other was important.

"We see that the fact that Europe is acting together is really helping the economy, just by announcing it. We are doing it, but it's also helping because anyone understands that Europe is able to fight against the crisis," he said. "I very much support the idea that Europe is stronger and will go stronger out of this crisis."

The finance minister also expressed hope that member states could approve the budget and recovery funds soon, saying "this is the time for compromise."

"I am quite optimistic that we will have the chance to solve all the problems this year so that the money will be used right from the beginning of next year," he said in the interview.