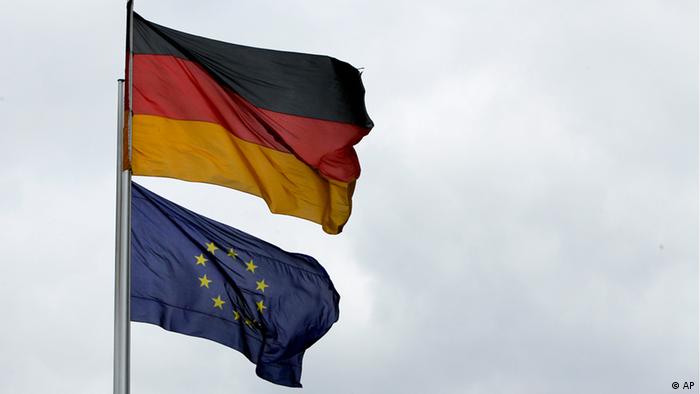 In 1947, two years after the end of World War II, the European economy was in severe trouble. "We are threatened with total economic and financial catastrophe," said then-French Economy Minister Andre Philip in April that year.

There were many problems but the biggest was Germany. Two years after the Nazis were defeated, Germany's recovery had in many ways already been remarkable — but economically it remained a basket case and Europe realized it needed its engine back. In part, the Marshall Plan's purpose was to restore the German economy to the heart of Europe.

By the start of the 1950s, the European economy was in miracle territory, with Germany's miracle burning brightest. The next two decades were among the most prosperous in history.

In 2020, the European economy also finds itself at a pivotal and potentially perilous historical moment. The pandemic is ongoing and the economic recovery — if we can even call it that — from the dire lockdown-hit first six months of the year is patchy.

Yet it is already clear that Germany's economy is faring much better than its closest European equivalents France, Britain, Italy and Spain. Its GDP fall for the lockdown quarters was substantially less than those countries while its recovery for the third quarter of the year is projected to be much better.

Why is Germany's economy faring better than its European neighbors — and will that be a help or a hindrance to the European economy going forward?

According to Lars Feld, chairman of the German Council of Economic Experts, Germany's reasonably positive economic situation is driven by the fact that its lockdown was never as strict as elsewhere in Europe.

"Despite lockdown measures, an interruption of value chains or lower private consumption due to considerable uncertainty, the German economy continued a considerable part of its activity. For example, the construction industry had very low restrictions," he told DW.

Another major help is the massive financial support the German government has provided to businesses and citizens, something it was able to do after years of frugality in terms of its budget.

The "bazooka," as German Finance Minister Olaf Scholz called it back in March, amounted to close to €1 trillion ($1.16 trillion) in aid when everything from state-backed loans to the country's much-admired Kurzarbeit scheme is included.

"The German economy has had more reserves than other European economies, be it with respect to fiscal space due to successful consolidation of public finances in the past or with respect to private firms which have a sound equity base in general," says Feld. 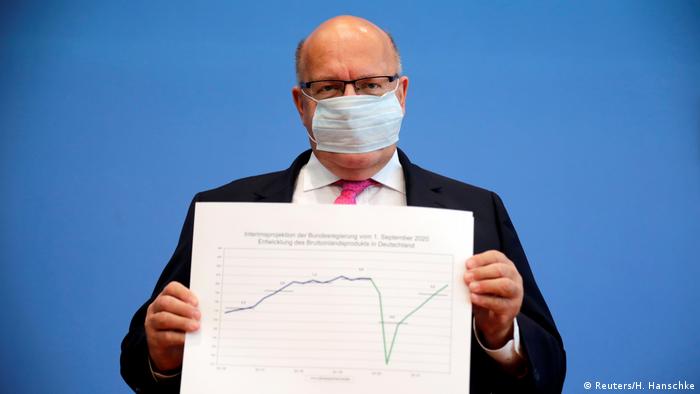 That helps explain why the German Economy Minister Peter Altmaier was so bullish back on September 1 when, wielding graphs showing Germany's "V-shaped recovery" (a sharp drop followed by an equally sharp rise), he said: "The recession in the first half of the year was not as bad as we feared, and the recovery since the high point of the shutdown is happening faster and more dynamically than we had dared hope."

But it's not all plain sailing. Before the pandemic hit, Germany's economy was slowing down, anyway. Longstanding vulnerabilities in terms of exports and the car sector were being exposed by a slowdown in global trade and by technological changes sweeping the auto industry.

One key sector that feels such headwinds keenly is that of the country's machine builders, a vital cog in Germany's export machine. For them, the pandemic has had a severe impact. Even though factories weren't really forced to close in March and April, without foreign demand, orders fall.

That's why Germany's Mechanical Engineering Industry Association (VDMA) forecasts a drop in production of 17% for its thousands of members in 2020, with a tiny rise of 2% foreseen for next year.

"There are not so many orders in the books now," the VDMA's director of foreign trade, Ulrich Ackermann, told DW. 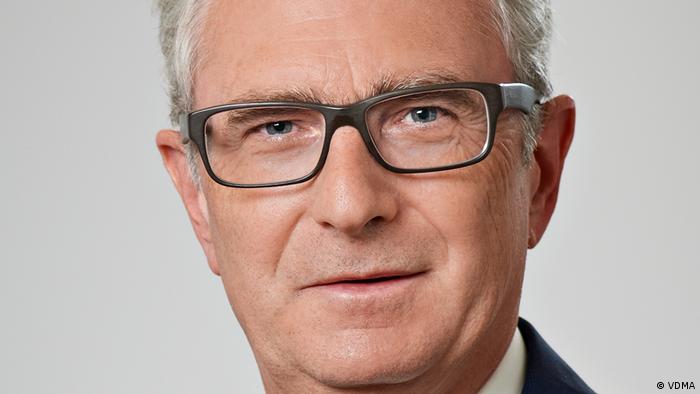 Yet the factors mentioned earlier, namely the fact that production was never shut down and that workers have been retained through government intervention, means that Germany's machine builders are in a stronger position than those in other countries.

"In general we are maybe in better shape than other countries, they had real lockdowns and that meant they could not produce any longer," says Ackermann.

"Our companies could always produce when they wanted."

If and when demand picks up in Germany's overseas markets, it appears likely that German companies will be readier than most to step in and meet that demand.

That brings us back to the central question of Europe's two-speed economic recovery. If the forecasts bear out and Germany's economic contraction this year is less than its French and southern counterparts, what will that mean?

Arguments between German and southern interests have dominated EU discussions on fiscal policy for the last decade. The recently agreed €750 billion Post Pandemic Recovery Fund was historic in that Germany agreed, for the first time, for a form of shared European debt. 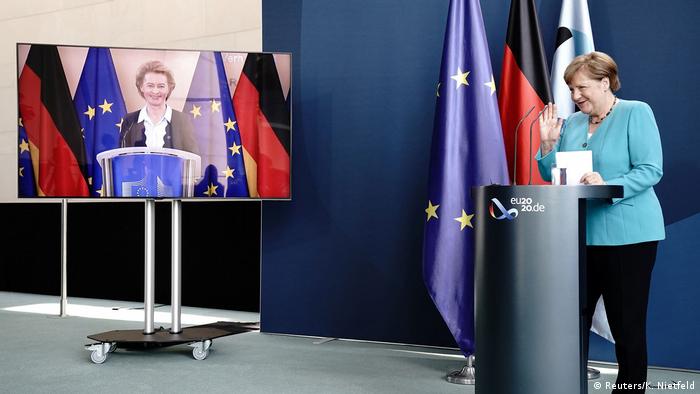 With its economy growing faster than Spain and Italy's, there remains the possibility that tensions over funding and reforms associated with struggling countries receiving such funding. And this could bring familiar debates about debt and austerity back to Brussels again.

But there is another, equally familiar view about the benefits of Germany's engine purring a little better than the rest.

"A strong German economy could serve as an economic engine for other EU member countries, in particular regarding the strongly developed value chains in Europe," said Feld.

"The quick takeoff of the German economy triggers demand in other EU countries. It should also be kept in mind, that the high credit-worthiness of Germany is a strong backup for the EU budget and the ECB balance sheet, both allowing other countries in Europe to restart their economies without further turbulences, e.g., on financial markets."

Much like it was after World War II, it appears that it is much better for Europe to have a German economy that is too strong, than one that is too weak.