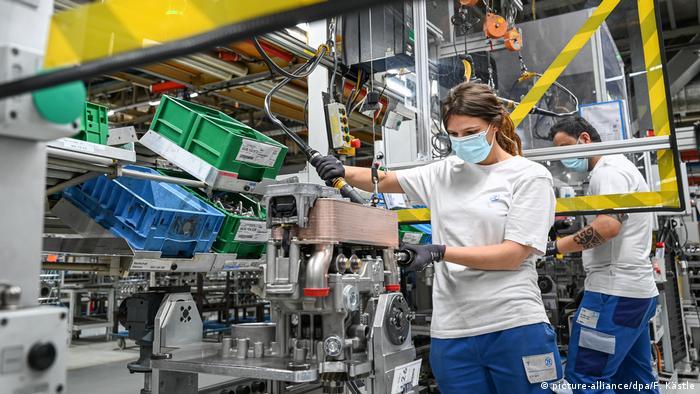 Presenting the German government's latest outlook in Berlin on Tuesday, Economy Minister Peter Altmaier said he expected the nation's gross domestic product (GDP) to tank by 5.8% this year, indicating that the devastation caused by the coronavirus pandemic would likely be less severe than originally thought.

In spring of this year, the government penciled in a contraction of 6.3%. Nevertheless, the expected decrease in economic output would still be the biggest plunge since the end of WWII.

In the second quarter, the economy contracted by a staggering 10% over the previous three months due to the devastating effect of a nationwide lockdown.

While the drop in GDP may be less alarming for the whole of 2020, the government warned that the recovery process might take a lot longer than previously thought. For next year, it revised down its growth forecast to an expansion of 4.4% from its spring estimate of 5.2%, meaning Europe's powerhouse would not be able to reach its pre-pandemic level before 2022.

There had been a string of indicators lately suggesting that an economic upswing had already started as coronavirus-caused restrictions were gradually being eased across the nation.

However, some crucial sectors of the economy such as civil aviation and tourism appear far away from any rebound.

Altmaier pointed out that the government had only recently moved to extend its support for short-time work schemes with a view to safeguarding jobs.

He was confident a second lockdown could be prevented, provided the large majority of citizens continued to heed safety advice, including wearing face masks where required and observing distancing rules.

The updated GDP forecast forms the basis of the next tax revenue estimate, which the Finance Ministry is due to present next week. The latest revision will also be crucial for drawing up Germany's 2021 budget.