EU leaders went the distance to agree a historic coronavirus recovery fund for the bloc. But doling out €750 billion in grants and loans will be a tricky task. Paying it back will be even harder. 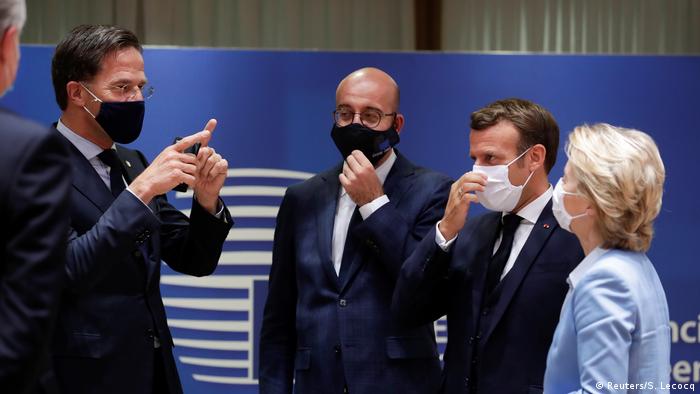 It was the longest EU summit in almost 20 years. So when EU Council President Charles Michel tweeted the single word "Deal!" at 5:31 a.m. on Tuesday morning, there was both relief and intrigue at precisely what agreement had finally broken the deadlock.

Those who remember the constant stream of "make-or-break" EU summits during the eurozone crisis of 2009-2012 might scoff at the idea of anything "historic" being struck at one of these gatherings. But this deal is genuinely a matter of historic significance. For the first time ever, the EU has committed to a form of debt union.

First though, the standard part: the EU has agreed its latest seven-year budget (officially known as the multiannual financial framework), which is worth a bulky €1.074 trillion ($1.23 trillion). The historic part is the separate €750 billion post-pandemic recovery fund, €390 billion of which will be delivered to EU countries in the form of grants and €360 billion in loans.

France, Germany and the EU Commission wanted the €390 billion part to be €500 billion, but even if that has been watered down, it is still the first time ever that the EU has provided grant aid on such a scale, which crucially will be borrowed on markets collectively.

A pot of grant gold

The €390 billion pot of grant aid is an important element of the agreement. That money will come from the €750 billion fund, known officially as "Next Generation EU." The European Commission will borrow all that money, issuing bonds with maturities of three to 30 years. The plan is to start repaying the money from 2027 on, with the tab to be settled by 2058. 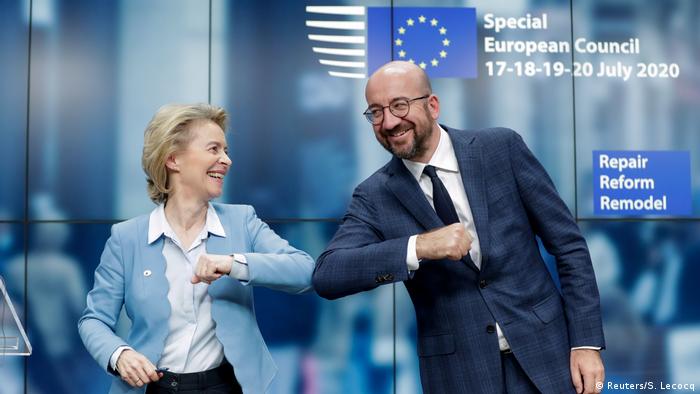 This €312.5 billion figure is the most important part of the whole deal. In order to access the grant aid, which will not have to be paid back, member states must prepare national recovery plans making certain pledges.

What are those pledges? A European Council statement after the meeting shed some light: "In line with the principles of good governance, member states will prepare national recovery and resilience plans for 2021-2023."

"These will need to be consistent with the country-specific recommendations and contribute to green and digital transitions. More specifically, the plans are required to boost growth and jobs and reinforce the 'economic and social resilience' of EU countries."

In other words, countries must make plans with digital and green economy reforms. Other reforms relating to issues such as labor rights and pensions, depending on the country, will also be required.

One of the most debated points in Brussels was the way which funds would be allocated. The original plans would have included pre-coronavirus crisis criteria but now, allocation of funds will be strictly linked to the economic harm done by the pandemic. That will see the likes of Italy and Spain receive large sums of money. But in theory, every EU country will benefit to some extent.

There will also be governance mechanisms to allow member states object if they feel other member states are not fulfilling the reform promises made. Member states can block financial transfers from Brussels for up to three months, but the EU Commission will have the final say.

How will it be paid back?

The most pertinent question around the recovery fund is how the money to be borrowed on financial markets by the bloc as a whole will ultimately be financed. €750 billion is quite a sum, after all.

Of the total, €360 billion is to be paid back individually by the states according to the amount of loans they receive. The remaining €390 billion will be collectively repaid by the EU. In order to secure an agreement though, compromises and cutbacks on original proposals were made.

The original €500 billion grant plan included proposals for collective EU investment in areas such as health, migration and various other EU programs. However, much of that was heavily cut back to make sure the main part of the pot was kept to fund countries' individual post-pandemic economic recoveries. 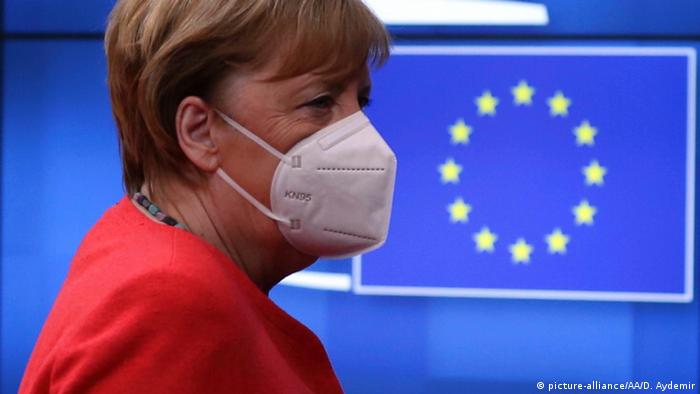 By the time the €750 billion is due to be repaid in 2058, even German Chancellor Angela Merkel will have likely left office

The EU has also come up with a plan called "New Own Resources" which EU Commission President Ursula von der Leyen says will be "tightly linked to the repayment". In theory, it refers to new funds the EU will use to repay the debt.

The original plan was that new green and digital taxes, charged across the bloc, would all flow into the EU's collective coffers and go against the borrowing. However, all that was agreed by the EU Council this week was a new tax on plastic waste. There are commitments to look at additional New Own Resources, such as a carbon tax and a digital tax, but these are not agreed and therefore can't be counted on to fund anything right now.

Also, as the fund was negotiated alongside the seven-year-budget, the so-called "frugal nations" (Netherlands, Austria, Sweden and Denmark), as well as Germany, were given rebates, which are effectively discounts, on their annual EU budget contributions.

All this contributes to the fact that this agreement, while potentially a vital tonic to the economies of the EU at their hour of great need, will also likely be a big burden on the budgets of the future.

The European Union has signed off on a historic recovery plan at warp speed by their standards. It's a sign of solidarity that will change the bloc forever, says DW's Bernd Riegert. (21.07.2020)