After banning Russian airlines from flying to Georgia, Moscow is to stop its southern neighbor's airlines from landing at its airports. Relations slumped this week when anti-Russia protests erupted in Tbilisi. 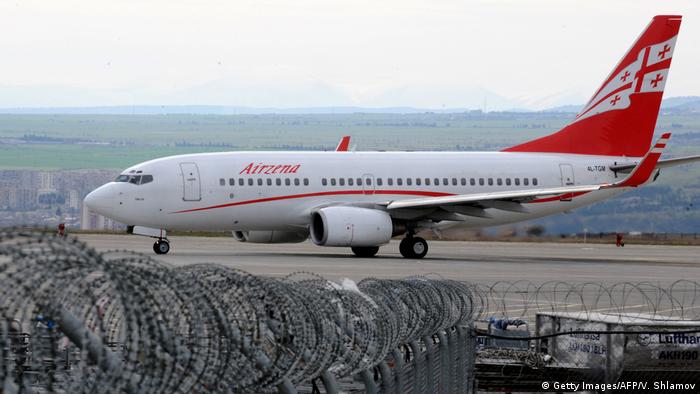 Moscow will prevent the passenger flights of Georgian airlines from landing in Russia, the Transport Ministry said on Saturday, citing security concerns.

The move, which begins on July 8, follows an outbreak of anti-Russia protests in central Tbilisi this week triggered by a parliamentary address by a Moscow lawmaker.

The Kremlin had said the inward ban was to "ensure Russia's national security and protect Russian nationals from criminal and other unlawful activities."

Russian President Vladimir Putin had already ordered a temporary ban on passenger flights from Russia to Georgia in the wake of Thursday's rallies.

Travel companies have been advised to stop selling holiday packages to Georgia, while Russian tourists already in the country have been told to return home.

The bans echo action Russia took in 2006 on flights and imports of Georgian wine and mineral water when tensions between the countries rose previously.

More than 240 people were injured outside Georgia's parliament on Thursday night when police fired tear gas and rubber bullets at angry protesters.

Tens of thousands of people had turned out against the decision to allow the Russian delegation into the legislature.

Anti-Russian sentiment still runs high more than a decade after the two nations fought a war in which Georgia effectively lost two large chunks of its territory, South Ossetia and Abkhazia.

Moscow has recognized both as independent states and stationed permanent military bases in each, prompting deep anti-Russian sentiment in Georgia.

The country is a popular destination for Russian tourists, who are attracted by its dramatic mountain scenery and its wine.

Decrying the Kremlin's travel bans, several Russians said the decisions had little to do with safety concerns.

"Tourism in Georgia is on the rise, and the decision has shocked the whole industry," Aleksan Mkrtchyan, head of Pink Elephant, a chain of travel agencies, said in a statement.

Elena Chekalova, a prominent chef and culinary blogger, questioned on Facebook: "Why are they deciding for us what we cannot eat, where we cannot fly, who we cannot be friends with?" 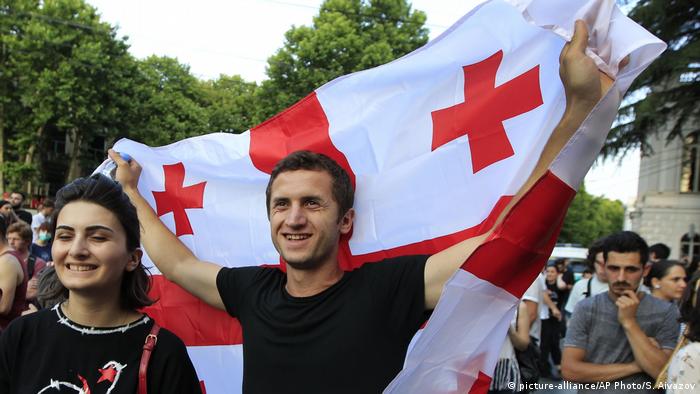 On Saturday evening, about 1,500 demonstrators assembled outside Georgia's parliament once again; the crowd was expected to grow during the evening.