Russia in the Council of Europe: What does it mean for human rights? | Europe | News and current affairs from around the continent | DW | 26.06.2019

Russia in the Council of Europe: What does it mean for human rights?

A controversial decision to restore Moscow's voting rights in the Council of Europe has been called a safeguard for human rights in Russia. But how much influence does the body really have over the Kremlin? 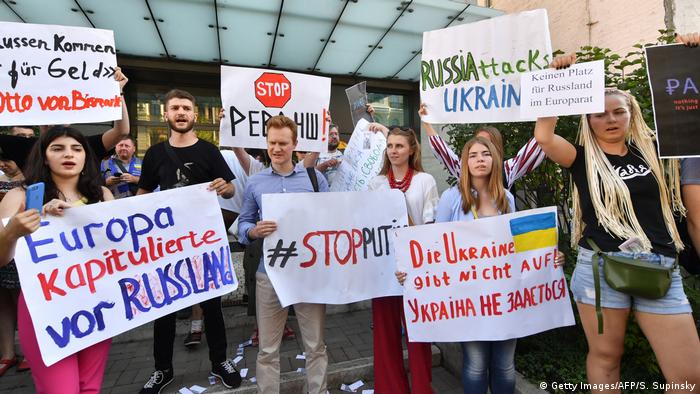 Many Russian human rights activist and Kremlin critics are supporting this week's decision to restore Russia's voting rights in the Council of Europe, calling it better than the alternative. The Ukrainian delegation, meanwhile, stormed out of the Parliamentary Assembly after the vote, and even threatened to stop cooperating with body.

Two Baltic states sided with Ukraine in protest to the decision, which came overnight on Monday. Lithuanian Foreign Minister Linas Linkevicius said the move "dealt a heavy blow to the credibility of the Council of Europe." And Estonian President Kersti Kaljulaid tweeted that "the reasons why Russia lost its voting rights have not vanished."

Russia had its voting rights revoked in 2014 over its annexation of Ukraine's Crimean Peninsula. In response to the ban, Russia ceased its payments to the body in June 2017. Russian contributions had made up roughly 9% of the Council of Europe's budget.

Russia has now agreed to repay its outstanding debt and will in return regain its voting rights, along with other privileges. The resolution that made this compromise possible, meanwhile, does not mention Crimea. 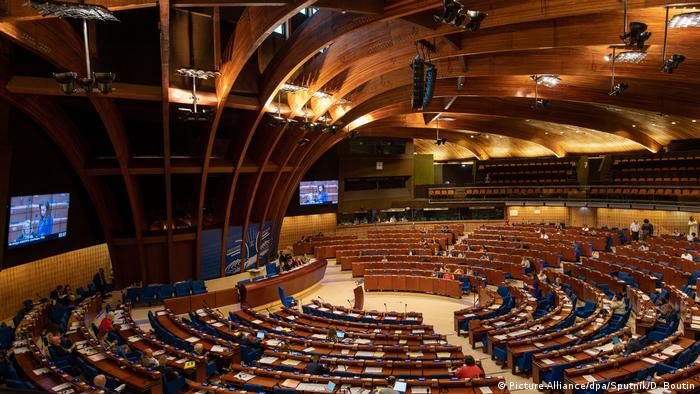 Delegates voted to restore Russia's voting rights by a margin of 118 to 62, with 10 abstentions

Relying on the ECHR for justice?

The Council of Europe, along with its sister institution, the European Court of Human Rights (ECHR), is tasked with promoting human rights and the rule of law in its 47 European member states.

Russia was at risk of losing its membership in the Council of Europe altogether, as countries that withhold payments for two consecutive years can be removed from the body. If Russia were out of the Council of Europe, it would also no longer be under the jurisdiction of the ECHR.

"If Russia were excluded from Council of Europe, this would be an enormous blow for the Russian people," Tanya Lokshina, the associate director for Human Rights Watch's Europe and Central Asia Division, told DW. "Thousands of Russians whose rights are ignored at home call on the ECHR."

According to Russian journalist and human rights activist Zoya Svetova, the ECHR is currently "Russia's only functioning court, so to speak." She says ECHR rulings play a role in restoring justice in Russia, and withdrawing from the Council of Europe, and thus the ECHR, would significantly change Russia. Svetova is convinced this would "effectively turn back the clocks to Soviet times, with the only thing missing, an Iron Curtain and the death penalty." 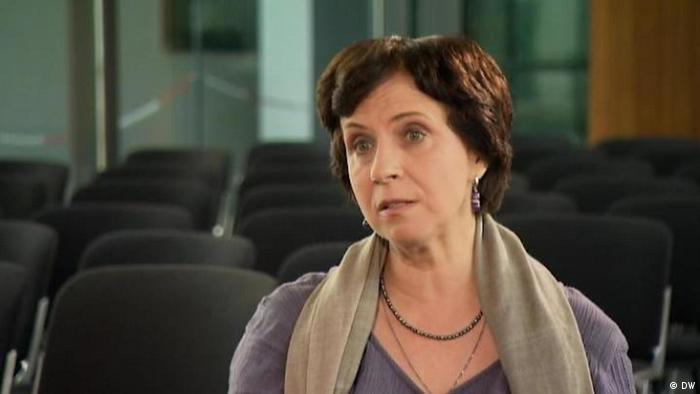 Svetova: Russia leaving the Council of Europe would 'effectively turn back the clocks to Soviet times'

Keeping Russia under the ECHR's jurisdiction was one major reason why delegates in the Parliamentary Assembly opted to reinstate Russia's voting rights. Indeed, in 2018 most cases brought before the ECHR came from Russians.

In the view of human rights lawyer Kirill Koroteev of Russia's Agora International Human Rights Group, however, the Kremlin is actually pursuing a "rational strategy" to weaken the court. In 2017, Russia's Constitutional Court ruled that the country must only accept ECHR decisions if they are compatible with the Russian constitution. Consequently, Russia ignored a landmark ECHR ruling to pay €1.9 billion ($2.1 billion) in compensation to the former owners of oil giant Yukos, which was forcibly broken up and went bankrupt. Russia's top court argued that using public funds to compensate the individuals violates the principles of equality and justice.

Koroteev, therefore, believes the ECHR is not an institution to enforce human rights in Russia per se. Instead, he argues, it is "more like a kind of bookkeeper" that denounces human rights abuses, yet lacks the teeth to help victims get justice.

Memorial, a leading Russian human rights organization, is also critical of the fact that Russia had its Council of Europe voting rights restored. "Sanctions against Russia should only be modified if there is change on the Crimean Peninsula," International Memorial Board Chairman Jan Raczynski told DW. "But the Russian authorities haven't taken any steps to meet the Council of Europe's demands."

"Why then," he asked, "should we lift sanctions on Russia?"