Russia said it had no desire to leave the Council of Europe and was ready to pay its dues following an apparent breakthrough between Moscow and Western nations. Russia's delegation had faced sanctions over Crimea. 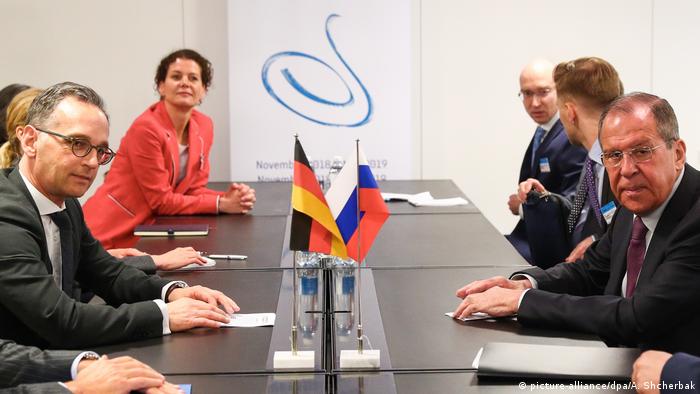 France and Germany pushed through a compromise that would allow Russia to return to the Council of Europe (CoE), as foreign ministers from the 47 member states resumed their two-day summit in Helsinki.

The Russian delegation has faced sanctions at the CoE over the annexation of Crimea by Russia in 2014. One of the measures included stripping Russia's representatives of their voting rights, which in turn prompted them to boycott CoE plenary sessions.

On Friday, the body adopted a declaration saying "all member states should be entitled to participate on an equal basis" in the CoE. The declaration also states that its members "would welcome that delegations of all member states be able to take part" in the assembly next June.

"We do not intend to leave the Council of Europe, as some rumors would have you believe," said Russian Foreign Minister Sergey Lavrov. "We are not evading any of our commitments, including the financial ones."

Germany's top diplomat Heiko Maas previously met with Lavrov on Friday. Maas said it was "good that we have agreed that Russia should stay in the CoE Parliamentary Assembly — also to give millions of Russians the protection of the European Court of Human Rights."

Alisa Ganieva: 'The human right to free speech is being violated in Russia'

Berlin has actively supported Russia's full reinstatement into the council, but that did not come without conditions, Maas told DW.

"We have also agreed on a mechanism by which it will be possible in future to sanction members of the CoE who violate fundamental legal provisions."

In 2017, Russia stopped its financial contributions, leaving the CoE with an annual budget hole of some €33 million ($37 million). Russia could be suspended from the body next month for not paying its membership fees.

Human rights activists were concerned that suspending or expelling Russia from the assembly, which is a non-EU organization to uphold human rights, could have a disastrous effect on civil society in Russia. The watchdog body is in charge of electing judges for the European Court of Human Rights (ECHR) and the largest percentage of ECHR cases comes from Russia. Others worry that revoking Russia's membership could eventually bring back capital punishment in the country.

Ukraine responded angrily to the reconciliatory signals between Russia and France and Germany. In protest, Ukraine's Foreign Minister Pavlo Klimkin decided to send his deputy to Helsinki.

In a Facebook post, Klimkin also said that ending sanctions would start the process of "normalizing" everything Russia has done.

"And if some people in Europe respond to Kremlin blackmail and hide their heads in the sand, very soon there might be nothing left of the Council of Europe and ultimately of all European values," he said.

Russian lawmakers vote to keep up Council of Europe boycott

The Russian parliament has agreed not to send representatives back to the Council of Europe and not to resume funding of the organization. Human rights advocates fear Moscow may leave the organization completely. (17.01.2019)