With 129 cases at the European Court of Human Rights in 2013, Russia was convicted of the most rights violations in Europe. The court heard just six cases from Germany. But the court is not without its critics. 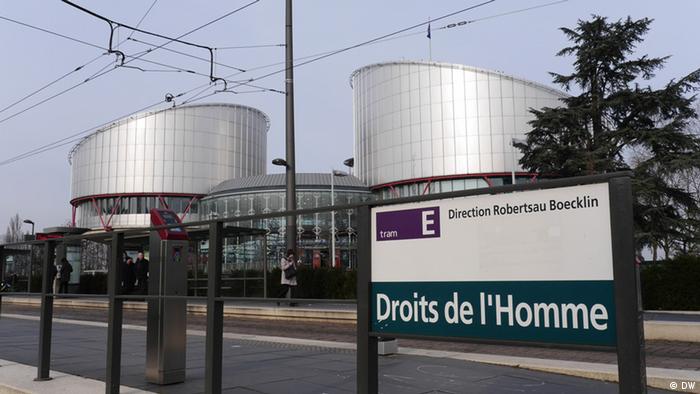 Despite the frigid winter cold, about a dozen colorful tents pepper the lawn across from the European Court of Human Rights in Strasbourg. The residents of the one and two-person tents are somewhere out on the town, warming up. They've hung large cardboard signs to illustrate their concerns.

"It's generally the claimants whose cases have been rejected by the court as inadmissible or unfounded," court spokeswoman Nina Salomon said of the people camped outside the court. Some stay for weeks or months on the barren patch of grass between the road and the river. There have even been hunger strikes.

One tent dweller reveals on a poster that she was sent from God to bring peace to the earth, but has been hindered in her efforts after the NSA implanted a device in her. Aliens are also part of the ploy. Another person calls for her pension from the Romanian state while hurling insults at Dean Spielmann, head of the court since November 2012. The Luxembourg native takes it all in stride, pointing out during the court's annual press conference that the majority of cases submitted must be rejected by the court as inadmissible or unfounded. The court's jurisdiction covers the human rights convention and its compliance throughout the Council of Europe's 47 member states. 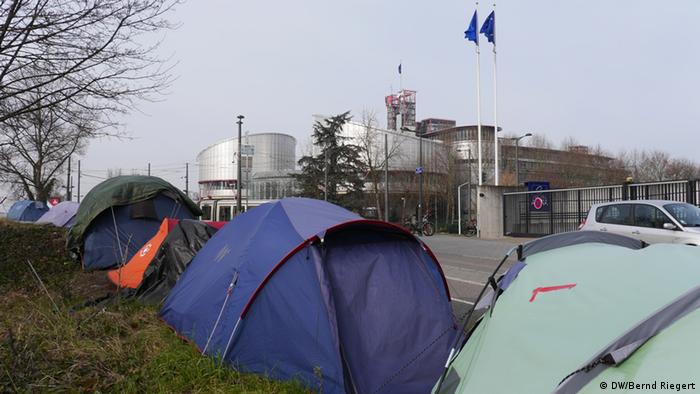 Salomon: Most protesters are claimants whose cases were deemed unfounded

Those who claim a violation of their human rights, according to the 1953 European Convention on Human Rights, must fulfill a long list of criteria. This includes having exhausted their national court system before turning to Strasbourg. At the moment there are just under 100,000 lawsuits pending in court. The numbers have dropped slightly the past two years and continue to sink following a reform of the inspection procedures for incoming cases, said Spielmann. Nevertheless, it takes years for the 47 judges - one per member state of the Council of Europe - to decide on the cases.

The decrease results from the fact that many of the cases were dismissed. Of course, as the most populous country in the Council of Europe, it's no surprise that the most cases stem from Russia, Spielmann said, adding that the human rights situation in Russia has generally improved.

"That doesn't mean that there still aren't many, many cases that present problems," Spielmann said. "Our challenge is to filter out the priority cases and proceed as quickly with them as we do with the cases that are clearly inadmissible."

With 129 cases taken to court, Russia remains at the top, followed by Turkey, with 124. Most cases center on unjust imprisonment, inhumane treatment or abuse. Turkey has nevertheless made great progress, said Spielmann, since the number of pending cases has dropped to 10,000. "Turkey, which had previously been in second place, has fallen to fifth place."

Italy: cause for concern

In comparison: Germany was convicted of just six violations in 2013. In recent years the judges condemned Germany in a case regarding police using violent threats during an interrogation and the subsequent placement of the offenders in custody. Ireland was found guilty of violations a few days ago because it did not protect a victim from child abuse at a state school nearly 40 years ago. Ireland, Germany and most of the other countries that comply with the court's jurisdiction respond accordingly to the judgments. In the east European states and in Turkey, however, it is sometimes difficult to enforce the rulings from Strasbourg. 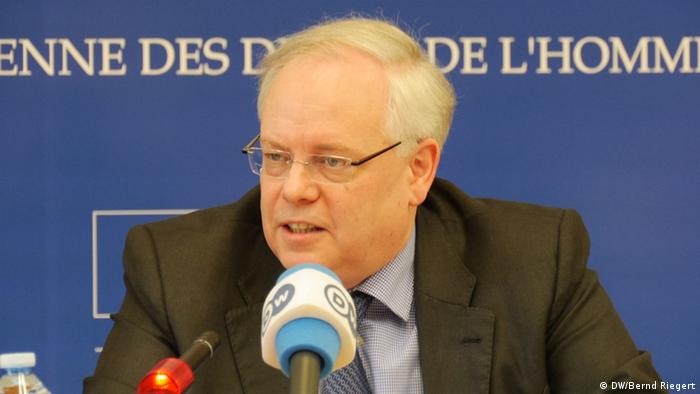 Spielmann: the situation in Russia has greatly improved

The court president himself was surprised to see that Italy had risen to number two, with the second highest number of cases behind Russia. Many complaints stem from Italy as a result of the excessively lengthy court processes there, which are sometimes continuously delayed. The court's rulings are also not always implemented by the government in Rome.

"We have urgently asked the Italian authorities to change that," Spielmann said. After Italy, Ukraine is in third place and Serbia in fourth with the most violations. A state-by-state list is available online.

Lately the court has run into criticism from the UK. Since 1998, all 47 European countries, with the exception of Belarus and the Vatican, can apply directly to the court. A prominent judge in Great Britain accused the court of being "actionary" and endangering the sovereign rights of the British Parliament. Spielmann, president of the court, dismissed the allegations.

"We're not creating new rights," Spielmann said. "We define the rights out of consideration present circumstances. Other courts do precisely the same thing. National courts do the same, as does the highest court in Great Britain."

The Turkish government plans to further tighten its firm grip on the Internet by monitoring user activity and blocking sites for "privacy violations." Activists are calling this a reaction to anti-government protests. (10.01.2014)

Turkish government to pay for 1994 bombing of Kurdish villages

The European Court of Human Rights has ordered Turkey to pay 2.3 million euros to victims of the bombing of two Kurdish villages in 1994. Turkey was found guilty of the attack, having blamed it on Kurdish separatists. (12.11.2013)