French burqa ban to be questioned at European Court of Human Rights | Europe | News and current affairs from around the continent | DW | 26.11.2013

Three years ago, France banned the burqa in public places. Now a woman is challenging the law before the European Court of Human Rights. 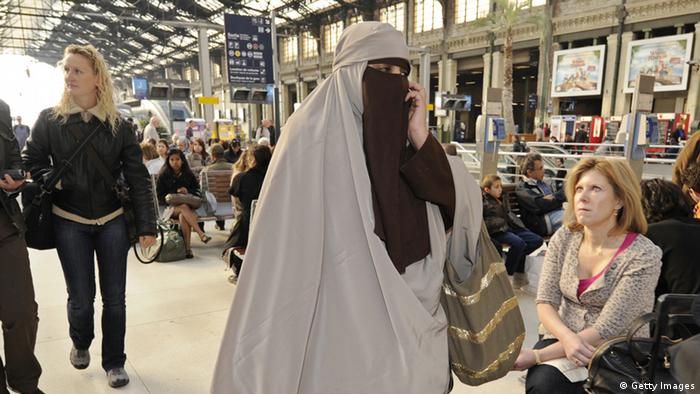 It's a small law with a big effect. Just 0.003 percent of the French population is affected by the burqa ban - only 2,000 women wear the full-face veil - but ever since it was banned from public life, those who do wear it have found themselves running a daily gauntlet.

"I don't wear it when I leave the house," says 18-year-old high school student Youssra, who wears the niqab against her parents' wishes. "I walk a little way and then I put it on." She's standing one Saturday morning at the market in La Courneuve, near Paris, and she hunts around in her bag for the piece of cloth. Since April 2010, it's been banned on the streets. "I can't wear it at school, and if I go out, I get stupid comments because I'm wearing the veil. It's no life - it's just stress."

'For the benefit of the women and the republic' 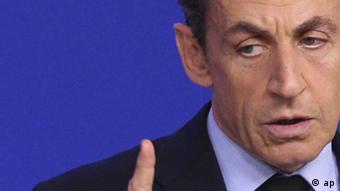 Sarkozy saw the veil as an example of female subjugation

Muslim women in France who wear the full-face veil find themselves pilloried. Whether they are walking on the street, riding the bus, shopping or picking up children from school, they are committing an offence and are subject to a fine of up to 150 euros ($203). According to those who drew up the law, this is "for the benefit of the women and the republic."

"There is no place for the burqa in France - no place for the subjugation of women," said then President Nicolas Sarkozy unexpectedly in November 2009 during a visit to rural La Chapelle-en-Vercors, when he suddenly started talking about values and national identity instead of about farming and subsidies. It was just before regional elections, and the president was hoping to pick up some votes from conservatives.

The following April, the National Assembly received plenty of media attention as it passed a law which imposed a punishment for wearing the religious full-face veil. The woman would have to pay a penalty, and men who forced their wives or daughters to wear the niqab or the burqa were subject to a year imprisonment plus a fine of 35,000 euros. Deputies spoke then of "equal rights" and "dignity," but three and a half years later, the picture is more confused.

By summer 2013, the authorities had carried out just 500 checks, often repeatedly of the same women. The Muslim multi-millionaire Rachid Nekkaz had set up a fund to pay the fines. But Muslim associations report increased discrimination against Muslim women - by passers-by on the street who try to tear the veil off the women, from bus-drivers who refuse to let them board or from sales staff who refuse to serve them.

"You can think what you like about the law," says Marwan Muhammad, spokesperson for an Islamic rights group, "but let's not forget the collateral damage."

He says he's noticed how anti-Islamic sentiment has exploded since 2010. "There are fellow citizens - whether they're left, right, or far right - who refer to the 2010 law to justify their discriminatory position towards Muslim women."

But the other side is also reacting in an increasingly radical way. Police are attacked when they carry out controls. After clashes in Nantes and Marseilles, there were riots in Trappes near Paris in July. Stones were thrown, trash containers were set on fire, and the police responded with tear gas. And the burqa was back at the center of media attention.

The law in court 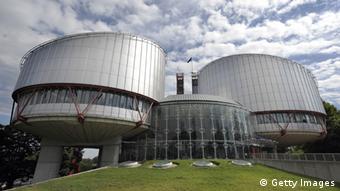 The ECHR in Strasbourg will decide the case

Meanwhile, a young women was taking the republic to court over the burqa ban, and now her case is to be heard by the European Court of Human Rights (ECHR) in Strasbourg. Little is known about her, except that she's 23 years old, left France because of the law, now lives in Britain and says she's gone to court on her own account and without any pressure from her family. Her British lawyer says she doesn't give interviews.

The first hearing in the case, on Wednesday (27.11.2013), "will mainly deal with Article 8 of the European Human Rights Convention, which protects the right to privacy and to family life," according the court's Patrick Titiun. "[The plaintiff] complains that she may not dress as she wishes, and she sees this as a violation of her private life." She also sees it as a violation of her right to practice her religion freely, and she argues there have been breaches of the right to free assembly and of the ban on discrimination.

It's the first time the Strasbourg judges have heard such a case. "There have been such cases in the past," says Titiun, "but they were all formally inadmissible." But beyond issuing a fine, what effect would it have if the court found the country with the largest Muslim community in Europe guilty? Belgium has also banned the full-body veil and has joined France in the case.

Anthropologist Dounia Bouzar, who studies legal responses to religious symbols, says France has enough weapons at its disposal to deal with the problem of symbols without a ban on the burqa. She fears there'll be more media coverage at the expense of Muslims in Europe.

"It starts out with the fact that people describe the burqa as a Muslim practice," she says. "That's exactly what the few sects trying to promote the burqa want. This minority wants to convince Europeans that the burqa is part of Muslim faith."

Bouzar insists that that isn't true. "The politicians have helped the sects and given them more significance than they deserve."

Three years ago, France banned the burqa in public places. Now a woman is challenging the law before the European Court of Human Rights. DW readers wrote in with their thoughts. (27.11.2013)

Women wearing headscarves have little chance of finding employment in many European countries, according to a report on discrimination by Amnesty International, which criticizes politicians for their lack of action. (25.04.2012)

The burqa ban one year on