Women wearing headscarves have little chance of finding employment in many European countries, according to a report on discrimination by Amnesty International, which criticizes politicians for their lack of action. 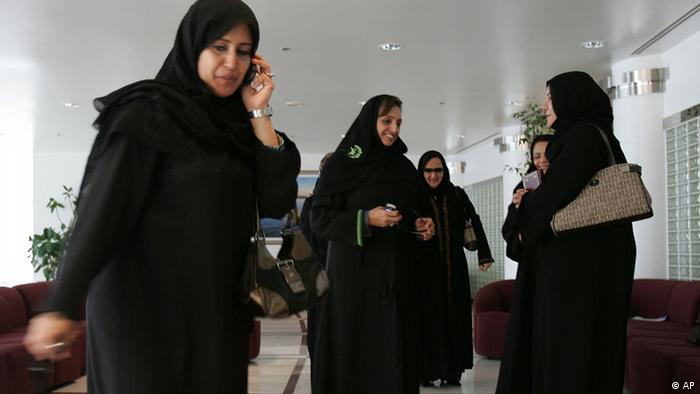 In its report entitled "Choice and Prejudice," the human rights organization studied discrimination against Muslims in five European countries - Belgium, France, the Netherlands, Spain and Switzerland - and concluded that discrimination exists in a number of forms.

"There is a general consensus that discrimination on the basis of skin color is unacceptable," said John Dalhuisen, Amnesty International's director for Europe and Central Asia. "But this isn't the case with discrimination due to religion, especially Islam."

Actually, all European constitutions say no individual can be discriminated against because of ethnic origin and religion. The main problem in most countries, Dalhuisen said, is not a lack of anti-discrimination laws but their effective implementation, which he referred to as "toothless." Discrimination, he added, is largely tolerated. 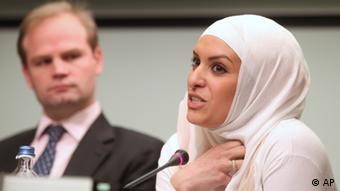 Marco Perolini, a discrimination expert at Amnesty International and co-author of the report, sees a trend in Europe. Employers, he argues, no longer try to hide behind excuses in dealing with Muslims. Men, for instance, can be dismissed for wearing beards associated with Islam. With women, it's headscarves.

According to Perolini, potential employers often tell women they meet all the job requirements but can't have the job if they insist on wearing their headscarves. "Employers argue that employees wearing a headscarf can make colleagues feel uncomfortable or that they don't fit into their company's image," he said.

Hajare Boujitat is all too familiar with these claims. The young Muslim, a Belgian citizen, wears a headscarf. Amnesty International invited her to share her experiences with reporters. She spoke about an application she had made for an internship at a charity whose name she declined to disclose.

Although rejected during the interview clearly because of her headscarf, Boujitat was eventually offered the job. But she was surprised to see what happened on her first day of work. "I received a very cold welcome," he said. "Many colleagues didn't want to speak with me, and some didn't even view me as a colleague and said quite bluntly they didn't want to work with me."

Boujitat is no exception. In the end, her persistence prevailed. Yet she admits that not everyone can put up with such harassment. She calls on Belgian politicians to ban discrimination and on Muslims to demand their rights. "This isn't normal," she said. "This isn't what I expect from daily life with colleagues."

No illusions about the future

Amnesty International views wearing religious and cultural symbols and dress as part of the right of freedom of expression and argues that this right must be enjoyed by all faiths equally. The organization rejects the ban on burqas in public places, which was introduced in France a year ago.

Boujitat is annoyed with the repeated questions about her headscarf and having to defend it. "As if I weren't intelligent enough to decide on my own," she said. "I reject being defined by my headscarf."

The young woman has no illusions about the future. She is worried about the climate worsening for Muslims in Europe, pointing to the success of far-right candidate Marine Le Pen in France.

And Amnesty International is also concerned that rather than countering these prejudices, political parties and public officials are all too often focused on winning votes.

A new law banning the burqa comes into force in Belgium on Saturday. The law has been approved with overwhelming support by both houses of parliament, a rare display of unity in this otherwise divided nation. (23.07.2011)