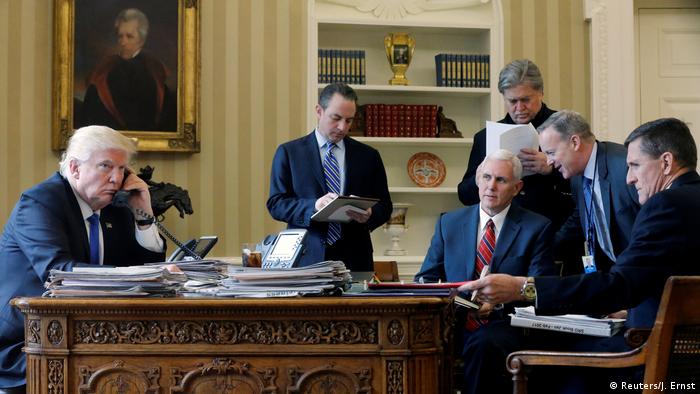 Flynn resigned late Monday nightafter admitting that he gave Trump administration officials "incomplete information" about whether he had discussed US sanctions with Russian officials before he took office.

Peskov had previously told the press that the Russian ambassador and Flynn's phone calls had not included conversations on sanctions. However, he refused to comment further on the matter when pressed by reporters on Tuesday.

"We've said everything we want to say," Peskov said. 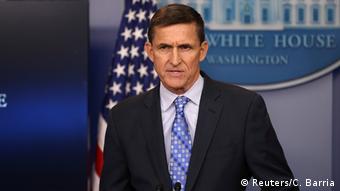 A response to other responses

Peskov's comments placing the resignation within the realm of internal American affairs came after various Russian lawmakers insinuated that Flynn had been forcibly ousted in order to damage US-Russian relations.

Reuters reported that Leonid Slutsky, the head of the lower house of parliament's internal affairs committee, told a Russian news agency that "it's obvious that Flynn was forced to write the letter of resignation under a certain amount of pressure."

"The target was Russia-US relations, undermining confidence in the new US administration," Slutsky said. He was one of the first Russian politicians sanctioned by US President Barack Obama in March 2014 just following the unrecognized referendum on Crimea's secession from Ukraine.

Konstantin Kosachev, the chairman of the foreign affairs committee in the upper chamber of the parliament, alluded in a Facebook post to anti-Russian influence on Trump, stating that either "he's been driven into a corner ... or Russophobia has permeated the new administration from top to bottom." 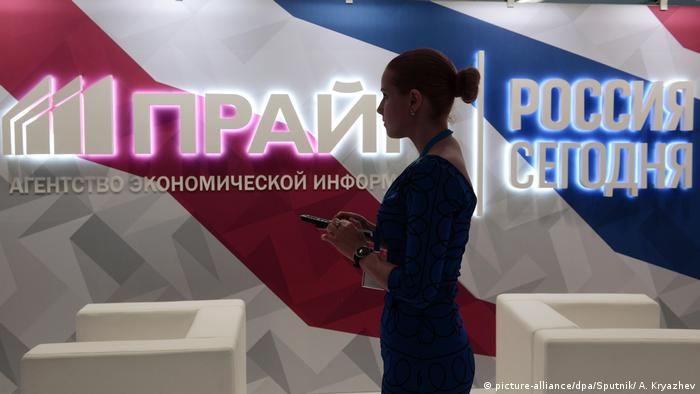 Russian media also rejected accusations that they have been spreading "fake news" related to French presidential candidate Emmanuel Macron in order to to influence the upcoming elections. Macron head of the "En Marche" group he founded is the front-running, independent centrist politician.

"It seems that it has become acceptable to level such serious charges at Russia Today without presenting any evidence to substantiate them, as well as to apply this 'fake news' label to any reporting that one might simply find unfavorable," the RT television network said in a statement. 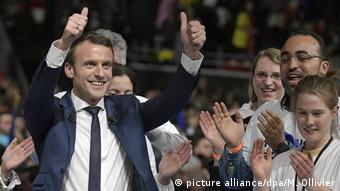 Emmanuel Macron is heading opinion polls for the presidency

Macron's campaign officials also charged Russian hackers with launching numerous cyberattacks on the campaign's computer system and called on the government to prevent foreign interference in the election campaign.

In an opinion poll published on Tuesday in France, Macron, a former Minister of Economy in the socialist government of Francois Hollande, was forecast to win a second round vote in May for the presidency with 64 percent of the vote to 36 percent for far right leader of the FN, Marine le Pen.

The claims come after US intelligence agencies concluded that Russia conducted cyber attacks during the US presidential election in an attempt to increase Trump's chances of victory. Other European nations with their own national elections on the horizon - notably France and Germany - have been wary of similar attacks being staged.