White House national security adviser Michael Flynn has resigned from his position over his contact with the Russian ambassador to the US. He reportedly misled officials on whether he discussed sanctions with the envoy.

Reports emerged that Flynn misled Vice President Mike Pence and other Trump administration officials about his conversations with Russia prior to Trump taking office.

In his resignation letter, Flynn said he held several calls with the Russian ambassador in Washington during Trump's transition to the White House and that he gave "incomplete information" to Pence about those discussions.

"Unfortunately, because of the fast pace of events, I inadvertently briefed the vice president elect and others with incomplete information regarding my phone calls with the Russian ambassador," Flynn said in the letter.

Flynn told Pence that he had not discussed US sanctions against Russia issued by then-President Barack Obama with Russian officials in the weeks leading up to Trump's inauguration. This led Pence to defend Flynn in numerous television interviews.

In recent days, Flynn acknowledged that he might have discussed sanctions with the Russians but could not say with 100 percent certainty. 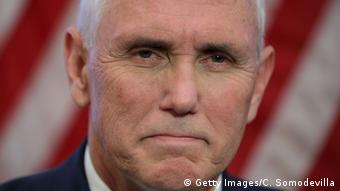 According to a "Washington Post" report from last week, Flynn reportedly discussed lifting sanctions aginst Moscow with Russian Ambassador Sergey Kislyak on December 29 - the same day that Obama issued them over Russian interference in the US presidential campaign. The conversations were revealed in intercepted transcripts, described previously by US officials, that showed that Flynn had discussed sanctions with the Russian ambassador.

The talks potentially violated the Logan Act, a law banning private citizens from engaging in diplomacy with foreign officials.

Michael McFaul, a former US ambassodor to Moscow, said on Twitter that what got Flynn into trouble was misleading Pence.

Reports also emerged on Monday that the Justice Department warned the Trump administration weeks ago that Flynn misled officials about the nature and content of the calls, sources told the Associated Press.

Then-acting US Attorney General Sally Yates said Flynn might have put himself in a compromising position and possibly left himself open to blackmail with the phone calls. Yates was later fired from her post for opposing Trump's entry ban for people from seven Muslim-majority countries.

Flynn was already a controversial figure over his statements about radical Islam and suspected ties to Russia. The former Defense Intelligence Agency head was dismissed by the Obama administration in 2014 because of what Flynn said were differences over fighting Islamic extremism, but a former senior US official told AP he was fired for insubordination.

Flynn then went on to work with defense contractors and established an intelligence consulting firm. In 2015, he drew criticism for sitting next to Russian President Vladimir Putin at a banquet in Moscow, raising concerns he had developed close ties to the Kremlin.

Trump named retired Lt. General Keith Kellogg to replace Flynn as acting national security adviser but it is unclear if he will remain in the post.