Refugee centers in Tunisia ′out of the question,′ says president | Middle East | News and analysis of events in the Arab world | DW | 31.10.2018

Refugee centers in Tunisia 'out of the question,' says president

Visiting Berlin for Chancellor Angela Merkel's African business summit, Tunisian President Beji Caid Essebsi spoke to DW about political turmoil in his country, migration issues, and when a leader should step down. 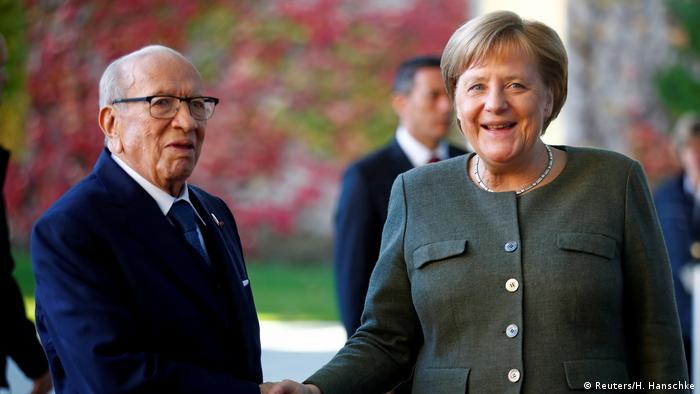 Deutsche Welle: Mr. President, during your visit to Berlin there has once again been a terrorist attack in the heart of the Tunisian capital, Tunis. You commented that many politicians are consumed with their own power and issues and have forgotten the central duty of keeping citizens safe. Your statement was variously interpreted. What message do you have for Tunisians? Is Tunisia in good shape?

Beji Caid Essebsi: Above all, the citizens of my country want to know the truth. I am the first democratically elected president of Tunisia. That means I am directly accountable to them. I cannot respond to them by pretending the situation in which they live is any different than it really is.

Terrorism is not part of our culture. Which is why we struggle so much to fight it. Terrorism is brought in from the outside and it forces us to change our priorities. We are doing everything in our power to stop terrorism and have already achieved a lot. But no country is immune to terrorism. It is an international phenomenon and so Tunisia is not entirely immune to it, either. 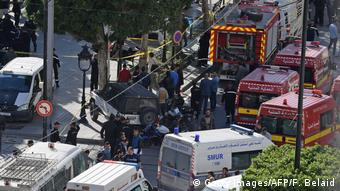 On Monday, nine people were injured in Tunis when a woman blew herself up

Let's return to Tunisia's tense political climate: it mostly results from the difficult relationship between the ruling Nida Tunis party and Ennahda. How is your personal relationship with Ennahda president Rachid Al Ghannouchi? Do you trust him?

I do not wish to answer that question as such. I have no issues with anyone. As the president, I am independent from the parties and do not get involved in political disputes. But of course I cannot ignore the fact that Tunisia is polarized. I do not have a troublesome relationship with Ghannouchi or with the prime minister.

There is a fear that the political consensus underpinning the government could be in jeopardy.

To be clear: I have nothing to do with Ennahda. I deal with Ennahda president Rachid Ghannouchi and despite everything we still have a solid working relationship. Differences of opinion do not mean severing all ties. That is how it will remain.

Do you still support the head of government, Youssef Chahed?

Of course. I did not install him as a political puppet to be controlled by others. He is doing his duty. But no Tunisian is eternally infallible.

So when is his time up?

When parliament removes him from office. I suggested him for this position, and parliament gave its approval. In Tunisia, the power is in the hands of the people, not with one single individual. President and parliament have vested their power in the prime minister.

Our viewers, and the world in general, have been shocked by the murder of Saudi journalist Jamal Khashoggi in Istanbul's Saudi Consulate. There has been disagreement between Tunisia's Foreign Ministry and Ennahda on whether to get involved and take a stand on this matter. What is your opinion? The overall impression is that the Arab world has been more reluctant to take a stand than the West. 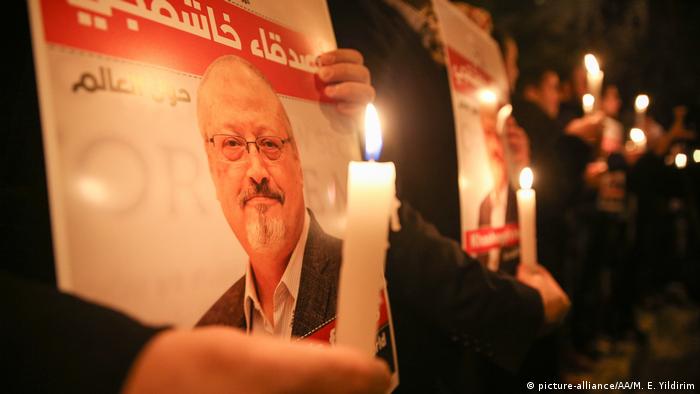 Essebsi on the Khashoggi killing: We ask for truth, nothing more

What is your position on the Khashoggi case?

We condemn assassinations of any kind, whether they are carried out in a consulate or anywhere else — and especially when they involve journalists, who play an important [democratic] role. But when it comes to Saudi Arabia in general … we have condemned this horrible act and we continue to do so, and we demand that the truth be revealed. We hope that Saudi Arabia contributes to shedding light on the background of this murder.

But we do not condemn Saudi Arabia in its entirety. And we do not wish to see an unstable Saudi Arabia because that would mean instability across the entire Arab world. That is where we differ. We want truth, but do not wish to assign blame. We condemn such acts and demand the truth be brought to light. Nothing else.

You're here in Berlin to take part in the African business summit and much attention has focused on your country's political and security situation. Tunisia is important to Europe and Germany...

Absolutely. But in Germany, in the context of repatriating asylum-seekers, it has been questioned just how safe Tunisia really is. Tunisia is considered a safe North African country. What is your opinion on this?

Tunisia is a safe country; that is the truth. It is much safer than many other countries. Regarding refugees and the problem that they pose for Europe and other regions: Tunisia guarantees the freedom of its citizens, no matter what their conduct. If Tunisians abroad do something wrong and are sent back, then we will take them in. But not citizens of other countries. 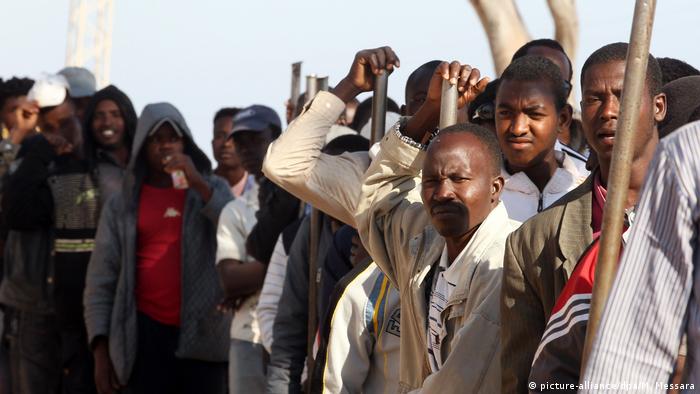 That raises the question of whether a deal like the one struck between the Turkey and the EU would make sense for Tunisia, too. Investment in Tunisia is sometimes coupled with whether the country is complying with the EU's wishes, which include opening refugee reception centers in countries such as yours.

That is out of the question.

Tunisia has much more experience with refugees than many European countries. After the Libyan revolution, more than 1.3 million refugees from various countries streamed into Tunisia. Fortunately, most of them returned to their home countries with our help. Europe has never experienced anything comparable. And we, unlike Europe, do not have the capacities to open reception centers. Every country needs to pull its own weight on this issue.

One last question regarding your visit to Berlin: the media is awash with reports of Chancellor Angela Merkel's withdrawal from the political scene. It is often asked how leaders in Arab countries should handle transitions of power. What is your personal opinion? When should an Arab leader step down from office?

I could step down just as Merkel intends to do.

I cannot say. That lies in God's hand.

Tunisian President Essebsi has vowed to soon submit a bill to parliament giving women and men equal inheritance rights. The country has long been seen as a pioneer for women's rights in the Arab world. (13.08.2018)

Modern masculinity in Africa: Pressures, expectations and breaking the mold

Are the US and China tiptoeing towards an Indo-Pacific Cold War?