German Interior Minister Thomas de Maiziere has called for EU-wide agreement on the amount of benefits that refugees receive, saying that Germany is paying much more than others in the bloc. 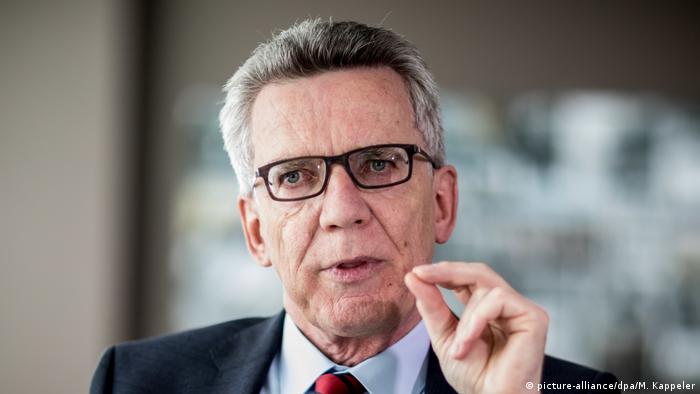 De Maiziere told the Rheinische Post newspaper that many refugees want to live in Germany because compared to other European countries, its "procedural and reception conditions are generous" and "the benefits for refugees are quite high."

"That's part of the pull-effect to Germany," he said.

When asked whether that would mean the benefit standards will be lowered in Germany, de Maiziere demurred, saying the benefits that refugees receive need to be leveled across EU member states.

"Asylum processes and asylum-seeker benefits need to be more uniform in the EU than before. The acceptance rates are in some cases higher here than in other places and the social benefit level as well."

Acknowledging that Germany has a higher cost of living than other EU countries, de Maiziere suggested that a more uniform system could see the creation of possible subsidies for refugees to cover higher living costs on top of an EU agreed-upon benefit sum.

How much do refugees actually get?

Germany's Asylum-Seekers' Benefits Act calls for the state to provide accommodation, food, toiletries, clothes and "essential personal needs" such as telephone cards to communicate with family members back home.

The law states that all these needs are to be fulfilled as much as possible with goods and services rather than with cash.

Depending on which of Germany's 16 states refugees are assigned to, they may get a monthly allowance in cash.

For asylum-seekers living in refugee shelters, single adults receive €135 ($162) a month while married couples receive €129 a month each. Depending on their age, children receive between €76 and €83 a month.

If an asylum-seeker is living outside a refugee shelter, a single adult receives €216 euros a month while married couples receive €122 each. 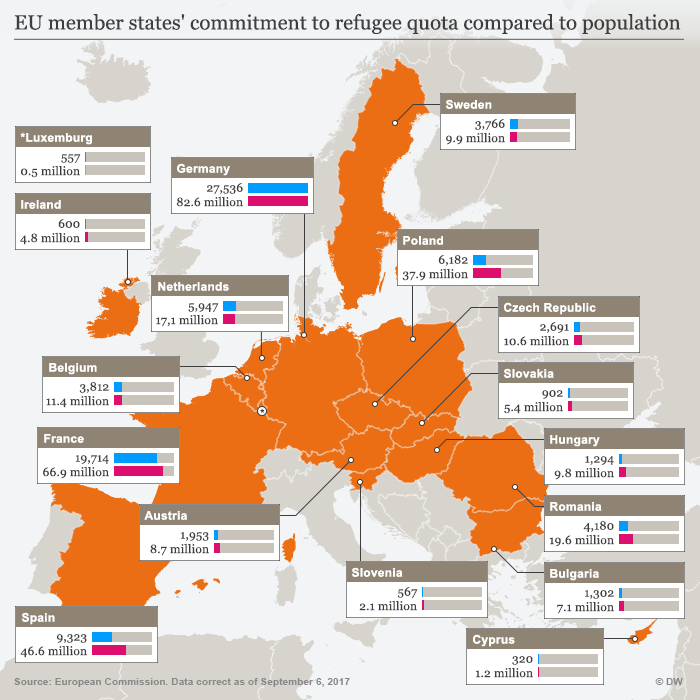 De Maiziere also criticized the current system of legal protections in Germany, saying that there were too many ways for asylum-seekers whose applications had been denied to challenge the decision.

In Germany, "rejected asylum-seekers can postpone their deportation through various legal pathways, much more so than in other places," he said.

The minister added that an agreement on changing the system has already been reached with the EU.

Read more: Refugees in Germany: 'We won't be able to integrate everyone'

De Maiziere also addressed Hungary's reluctance to accept a recent European Court of Justice (ECJ) ruling on refugee quotas. He made it clear that the quotas only entail those whose asylum applications have been approved – and not all migrants who have come to Europe.

On Wednesday, the EU's highest court dismissed a challenge from Slovakia and Hungary, ruling that EU member states must take in a share of refugees who have reached the continent.

German Chancellor Angela Merkel's refugee policy has seen more than a million people enter Germany from conflict and poverty-stricken regions in the Middle East and Africa since 2015. The influx of refugees has dropped off significantly over the past year due to Germany's tougher asylum laws.