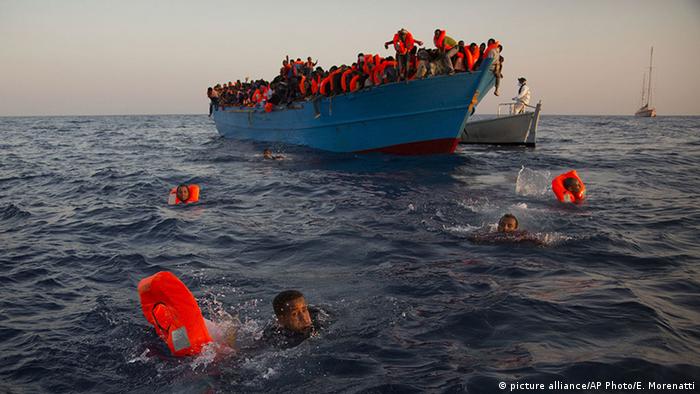 The recent military evictions of the Islamic State militia — in the likes of Syria — presented an "absolute and real risk" of jihadi fighters trying to slip into Europe, Italian Foreign Minister Angelino Alfano told a conference on migration and security in Rome Tuesday.

"It is in our interests to defeat the business model of traffickers whose profits are used to finance organized crime and, we have the evidence for this, terrorism," Alfano said. 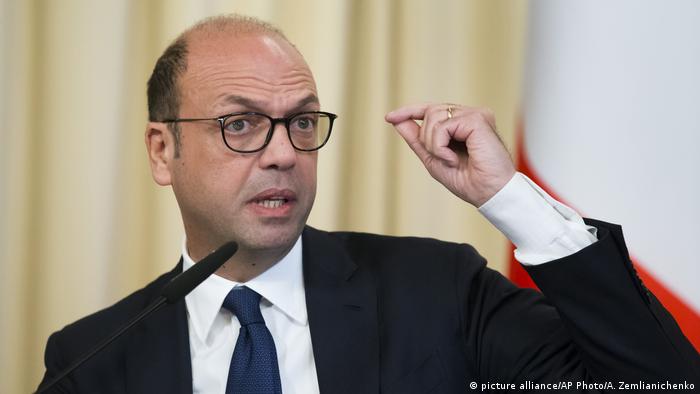 At the same time, he warned against "exploitation of the immigration issue in order to stir up fears and gain easy consensus."

Represented at Tuesday's conference were 13 European and African countries, including partly lawless Libya.

Alfano's remarks precede Italy's March 4 parliamentary election in which the arrival of more than 600,000 migrants over the past four years is a key issue — underscored by last Saturday's drive-by attack in Macerata by an Italian neo-Nazi.

Italy coordinates the vast majority of sea rescues between northern African and its southern coast, including islands such as Lampedusa.

"If in Italy migrants are arriving, it's because someone made war with Libya, and the premier was Berlusconi," Renzi said, referring to NATO's 2011 air strike campaign against the late Moammar Gadhafi regime.

On Sunday, Berlusconi claimed Italy had been left with a "social bomb ready to explode" by center-left Democratic Party governments, once led by Renzi.

Silvio Berlusconi on immigration in Italy

Last week, the EU's border agency, Frontex, launched a replacement Mediterranean operation called Themis, removing the obligation of the previous mission, Triton, to bring all those rescued only to Italy, to include, for example, Malta.

Frontex spokeswoman, Izabella Cooper, said no rescued migrants would be taken [back] to transit non-EU nations such as Tunisia and Libya, where conditions have been widely deplored but instead to the "nearest place of safety" in accordance with international maritime law.

Under an Italy-led deal to assist Libya's coast guard, arrivals in Italy from the largely lawless Mediterranean nation dropped 26 percent last year — while an EU deal with Turkey largely shut down the so-called Balkan route.

Instead, pressure has shifted west to Algeria and Morocco as migrants, still intent on reaching Europe, head for Spain, some via its African outposts of Ceuta and Melilla.

More than 26,300 migrants reached Spain last year, according to the International Organization for Migration (IOM).

Spain, which a decade ago began costly deterrence and repatriation deals with sub-Saharan countries, faces a new situation, according to non-governmental groups.

Flows will intensify "along the Western Mediterranean route," warned Estrella Galan, secretary general of the asylum-assistance group Commission for the Protection of Refugees (CEAR) last month.

"If we don't change our policies we are going to continue an endless cycle of replicating migration patterns from one location to another," she said.