Most of the refugees arriving in Melilla, a Spanish exclave in Northern Africa, are Syrians, Yemenis and Algerians. But no blacks apply for asylum at the border. Why is that? Santiago Saez reports from Melilla. 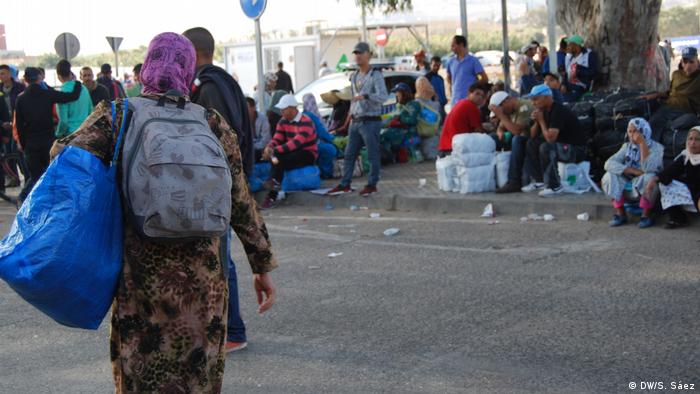 "What asylum office? An asylum office in Beni Ansar [the town on the other side of the Melilla border - the ed.]? But that's impossible! We can't get near the border! That's for the Syrians," said J., a Guinean national, interviewed by the Andalusian Pro-Human Rights Association (APDHA) in their 2016 annual report.

He was living, like many other black migrants, in the forests of the Nador province, waiting for a chance to risk his life, climbing the fence, swimming around the harbor or hiding under a truck. Once inside the Spanish city, he would be able to apply to become a refugee.

In November 2014, Spain announced the opening of two Offices of Asylum and Refuge (OAR), one in each of its two autonomous cities in Northern Africa: Ceuta and Melilla. They were up and running before the end of the year, but the results weren't as expected. In Ceuta, the office is closed and unused. In Melilla, only Arabs and North Africans can access it.

The figures speak volumes. According to data from the Interior Ministry, around 1,000 people applied for refugee status in Melilla in the first five months of 2017. Of those, 882 did so at the border: All from Syria, Palestine, Yemen, Lebanon or the North of Africa. The remaining 119 applied once inside the territory, among them were citizens from several countries in sub-Saharan Africa (including 45 Guineans).

The Melilla Office of Asylum and Refuge sits right next to the Spanish passport control. An asylum seeker coming from the Moroccan side would have to clear the border controlled by the North African country's police before having a chance to apply for asylum in Spain. But Moroccans don't let black people through. In two years, only a handful of sub-Saharan women, covered with veils and wearing heavy makeup, have made it through the border on foot, but there's no evidence that they applied for asylum. 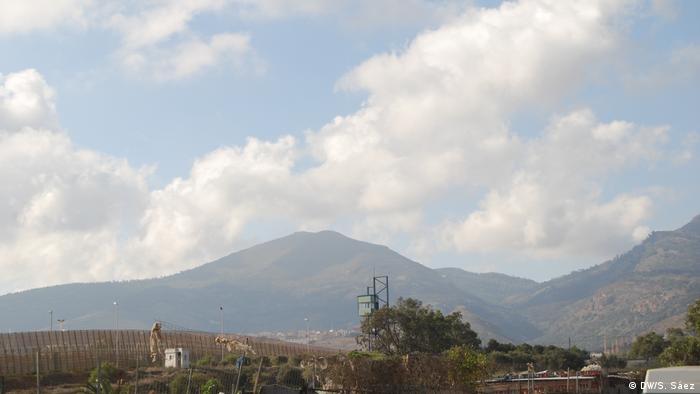 The forests of Mount Gourougou, in the Moroccan province of Nador, are a common hiding place for sub-Saharan travelers

"Here you have another. He's underage, but only for a couple more days," said the female police officer, handing a blue, worn-off passport to her colleague in the asylum office. The boy sat down in a small waiting room, and soon was speaking in Arabic to a UNHCR staff member. The UN agency assists the Spanish police at the office but doesn't manage it itself.

The boy's passport was Syrian but, most likely, it was not the one he used to cross the Moroccan border. "It's not as if the Moroccan police let the Syrians in, but they buy fake Moroccan passports from the mafia, and because they look similar to the locals, they get to cross the border," says Helena Maleno, a Morocco-based journalist and human rights activist. A number of other human rights organizations, including APDHA and PRODEIN Melilla, have independently confirmed this practice.

"Melilla is like a mousetrap. Getting in is the easy part," says local attorney Leopoldo Bueno. The city is almost an expansion of the border itself, and migrants who are not kicked out and sent back to Morocco are allowed to roam free, while staying in the Center for Temporary Lodging of Immigrants (CETI). However, getting out of the border town and into Europe is not an easy task, particularly for refugees.

When refugees apply for asylum in Melilla (at the border or later at the CETI), they get a temporary card identifying them as asylum seekers. This document allows them to stay in the city, although they are banned from working until their status has been resolved. But the card includes an ominous inscription: "Valid only in Melilla." There are dozens of cases of red-card carrying travelers being denied access to the ferry into Spain — a practice repeatedly denounced by the Spanish Commission for the Protection of Refugees (CEAR). Recently, the Madrid Supreme Court ruled that asylum seekers have the right to travel to the mainland.

Eventually, both asylum seekers and migrants get moved to Europe. However, the wait can be long. And black people feel that if they apply for asylum, it can take months or even years before that happens. For Leopoldo Bueno, this is one of the many examples of misinformation swirling around the migrant community. "They hear the stories that they won't get out of Melilla if they apply for asylum, so many who could do it decide not to. But they do get out eventually. It's just that it's a long process."

However, according to Isabel Torrente, from Melilla Acoge, a local organization that helps migrants overcome administrative, legal and linguistic hurdles, there's some truth to the idea that certain nationalities are processed more swiftly. "It's true that they eventually get moved to the [Iberian] Peninsula, but who comes and who goes isn't clear." Do Syrians usually get out of Melilla faster? "Yes, they usually do," she says.

Asked to explain why, the Interior Ministry declined DW's request to comment. José Palazón of the PRODEIN Melilla NGO thinks it's a clear case of institutional racism. "They don't want blacks as refugees. They don't fit the narrative. Only Syrians do, so they win in a losers' game," says the activist.

Over 200 migrants have forced their way through the razor-wire fence separating the Spanish enclave of Ceuta from Morocco. Officials say dozens of intruders were injured in the scuffle with Spanish police. (31.10.2016)

For the second time in a matter of months, thousands of Spaniards have demanded their government do its part for refugees. Spain has resettled fewer than ten percent of the refugees it promised to take in by September. (18.06.2017)