For the second time in a matter of months, thousands of Spaniards have demanded their government do its part for refugees. Spain has resettled fewer than ten percent of the refugees it promised to take in by September. 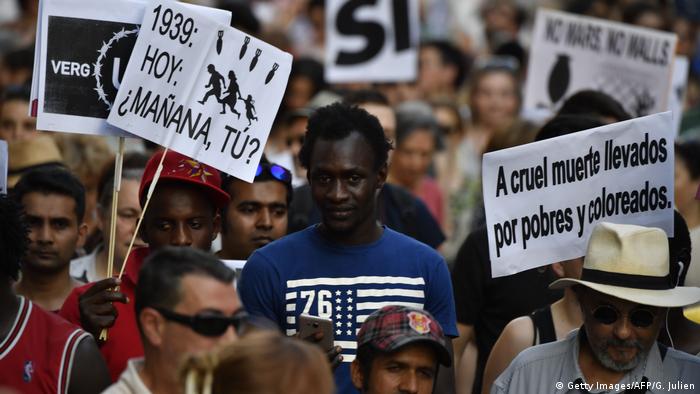 Poland, Hungary and the Czech Republic are under fire for refusing to cooperate with a contentious migrant-sharing plan. Only a fraction of the planned number of refugees have been resettled. (13.06.2017)

Thousands of demonstrators braved scorching temperatures in Madrid on Saturday to call on their government to honor its pledge to take in more Syrian refugees. Despite agreeing to accept more than 17,000 asylum seekers, so far Spain has only resettled about 1,300.

"We want to welcome them now! Enough excuses, no more barriers," read one large banner at the start of the march.

The demonstration was organized by Amnesty International alongside several other NGOs just a few days ahead of World Refugee Day on Tuesday.

According to a controversial resettlement deal signed by European Union member states at the height of the refugee crisis in 2015, the bloc agreed to redistribute the asylum seekers based on a quota system. The object was to show solidarity and to ease the burden on overwhelmed authorities in frontline nations Greece and Italy.

The original plan called for 160,000 refugees to be relocated by this September. Estimates of exactly how many have been moved thus far vary across sources, but it is clear that the number is nowhere near 160,000. 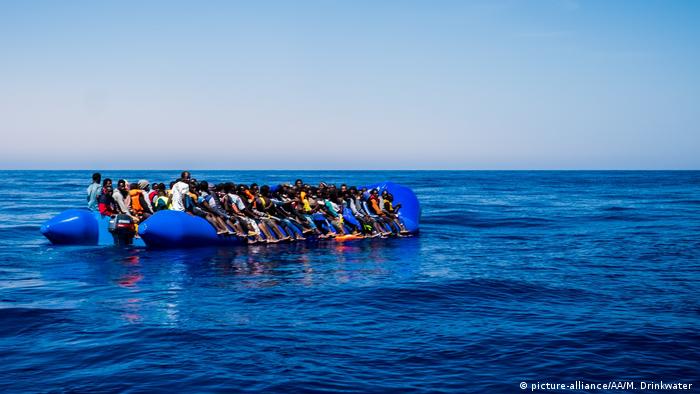 This was not the first time that Spaniards have taken Madrid to task for failing to live up to its words. In February, more than 150,000 people marched in Barcelona to demand resettlement be implemented faster.

Spain is far from the only country not to stick to the bargain, however. Indeed, some countries have made public their disdain for the deal.

Last week, the EU said it was pursuing legal action against Poland, Hungary and the Czech Republic for refusing to accept more refugees.