Frontex's new Operation Themis sends a political message to Italy's Mediterranean neighbors. More than 10 Frontex ships will be sailing through the sea for a year. 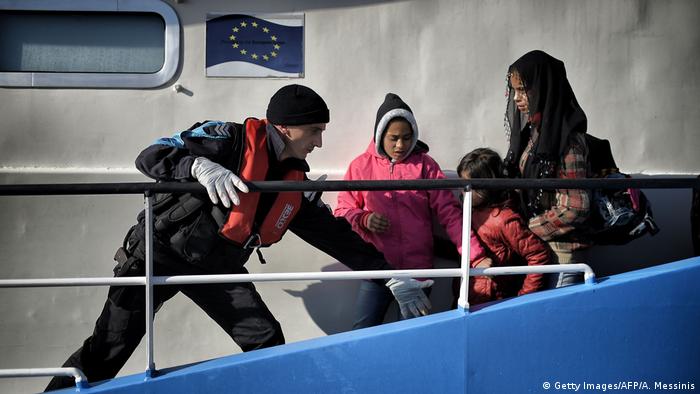 Italy is no longer obligated to receive all migrants rescued by the European Union's border agency from the Mediterranean Sea after Frontex launched its new mission on Thursday.

More than 600,000 refugees have landed in Italy over the past four years and its government has long accused the European Union of lacking solidarity and has criticized the refusal of Spain and France to open their ports to rescue ships carrying refugees.

Read more: Frontex-Director Fabrice Leggeri: 'Border control itself is not a panacea'

Frontex's new mission in the Mediterranean replaces the Triton mission launched in 2014. Under Operation Themis:

Political message: The requirement to take refugees to the nearest EU port sends a political message to Italy's Mediterranean neighbors such as Malta, but is unlikely to majorly affect arrivals as Italy coordinates the vast majority of sea rescues between North Africa and its southern coast.

Activist groups said the EU's focus on stemming migrants has led to terrible conditions in Libya. The Institute for Security Studies and the Global Initiative Against Transnational Crime released a joint report on Thursday which criticized the EU for partnering with militia groups. Such a move "creates instability, sabotages the state-building process and further drives the exploitation and abuse of migrants in the country," the institute said.

What is Frontex? The European Agency for the Management of Operational Cooperation at the External Borders was established in 2005 but 10 years later, during Europe's migration crisis, it transformed into a fully fledged border and coast guard force. Each of the 26 countries in Europe's Schengen Area of visa-free travel is responsible for its own border controls, but Frontex helps across the board.

What next? The new mission starts on Thursday and will run for a year with operational reviews every three months.