Germany is pumping Russian gas back into Poland as Gazprom cuts supply to the EU. As Russia plays its hybrid war games with an increasingly divided EU, the new front appears to be the Yamal-Europe gas pipeline. 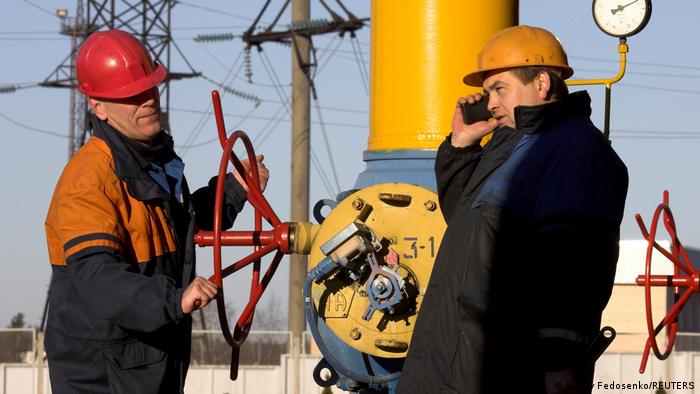 Strange activity at the Yamal pipeline could be a taste of things to come if the Nord Stream 2 pipeline is approved, critics say

Yamal-Europe, Europe's longest gas pipeline, usually transports Russian natural gas overland to — rather than from —  Germany. Now it has spent the last week sending mainly Russian gas from Germany back to Poland. The purpose? To meet a shortfall as temperatures drop to -10 degrees Celsius (14 F) and Russia cuts gas supplies.

Observers have warned that Russian President Vladmir Putin could use energy as a weapon should the troubled gas pipeline Nord Stream 2 (NS2) go ahead. He is, in fact, already doing so.

On December 21, Russia halted the supply of gas via Yamal-Europe, immediately spooking markets. The wholesale price in the benchmark Dutch TTF contract for January deliveries rocketed to €160 ($185)  from €100 on December 9. High gas demand in Asia is also fed the spike in prices. Consumers in Europe will feel some of the increases in 2022, adding to rapidly rising inflation there.

According to the Germany Network Agency, two-thirds of the gas imported into Germany comes from Russia and former Soviet countries via the Yamal pipeline, which runs across Russia, Belarus, Poland and Germany. Its capacity is 32.9 billion cubic meters of gas per year. In 2020, 23% of Russian gas reached Germany via Belarus and Poland along its 4,107-km (2,552-mi) length.

Worryingly, the gas price on futures markets is also rising. January 2023 prices are up to €90 per megawatt hour, a clear signal that the market expects European gas supplies to be low by the end of this winter and that little gas will come from Russia over the summer to replenish supplies before winter next year.

Russian President Vladimir Putin put the blame for Gazprom's lowered transits on importers in Germany and France and their failure to sign long-term supply contracts. They could, he said, ease the price pressure by ending delays to the Nord Stream 2 (NS2) gas pipeline that runs from Russia to Germany under the Baltic Sea. The pipeline has been caught up in strong geopolitical headwinds.

"They are sawing the branch they are sitting on," he told Russian media.

Gazprom is meeting long-term contracts, but has virtually stopped selling gas on the spot market and has not been reserving additional capacity in the pipelines or fully using what it has already reserved.

Why it is doing this is open to speculation. On the one hand, a sympathetic observer might point to the fact that, with Russia in a cold snap, Gazprom may prefer to keep its gas for domestic needs.

The heating season in the European part of Russia began early in mid-September. It has also shifted to a "value-over-volume strategy" that some believe may have tested its ability to maintain pre-existing volumes.

With Poland not continuing its long-term gas contracts with Gazprom after they expire next year, and Ukraine a thorn in Russia's side, it is paramount from the Kremlin's point of view to do what it takes to get NS2 online — and get Germany to stick with its side of the deal. Why book further capacity elsewhere? And why not show the West how much it needs the security of cheap Russian gas?

Big appetite for energy - MADE

Russian Deputy Prime Minister Alexander Novak said Europe was missing out on additional Russian supplies because of delays to NS2. "European leaders have made mistakes in reducing the use of long-term supply deals," he told Russian state TV channel Rossiya-24. "All problems in Western Europe have been created by themselves and there is no need to blame Gazprom for this. It is better to look in the mirror," he said.

And therein lies the rub: For Russia and previous German governments, NS2 was an exclusively commercial enterprise. Now it quite clearly is not.

Ukraine's pipeline operator said on Friday that Russia is sending less gas to Europe via Ukraine than agreed to in the transit contract. Gazprom and Ukraine signed a five-year deal on Russian gas transit to Europe at the end of 2019.

Ukraine has spare transit capacity roughly twice that of NS2, but Gazprom is not using it.

"When the Kremlin — that is Putin and his siloviki [hard men] friends in the energy sector — see signs of weakness and political stupidity on part of their perceived adversaries, they simply cannot resist the urge to attack, regardless of the strategic damage to Russian long-term interests," former EU diplomat Albrecht Rothacher told DW.

"First, they don't like the inexperienced and moralizing new German ‘traffic light' government, and notably the Greens which — if successful with their climate change policies — would threaten the Russian fossil-based business model," Rothacher said.

"Hence, the urge to demonstrate ‘who is the wolf in the forest' and teach a lesson in energy power politics when the winter is coldest in Central Europe and demand highest and when solar panels are deep under snow and the wind is not blowing," he said.

Benjamin L. Schmitt, a senior fellow at the Center for European Policy Analysis, is also unequivocal in condemning what the Kremlin has been doing for months. "This is the Kremlin's energy weaponization against Europe," he said.

Anna Mikulska, from the Center for Energy Studies at Rice University's Baker Institute for Public Policy, agreed. "Russia has been trying to create difficult gas market conditions in Europe without the need to turn to overt geopolitical actions," she said.

"In a way, each of these elements — storage levels, supply of only contracted volumes and now reverse flows to Poland — are commercially acceptable. But, when combined and given the context of a very difficult and undersupplied gas market in Europe, then one could start having doubts about sensu stricte market dealings by Gazprom," she added.

Germany played a risky game with Russia during a very tricky transition from fossil fuels. "The German exit from nuclear, coal and finally oil plays perfectly into Russia's hands, as renewables are in no position to satisfy increased demand," Rothacher said.

"The EU's dependency on Russian gas has increased from 40% to now 53% from last year alone, as the Netherlands have ceased production and US liquefied gas is shipped to East Asia (Japan, Korea, Taiwan), where it fetches even higher prices. Plus, apart from in Poland, there are no LNG terminals along the North Sea or Baltic Sea coasts," he added.

This is exacerbated by the fact that EU institutions exclude energy and foreign policy from their executive remit and member states pursue often conflicting policies. Europe is the frontrunner in climate action, but its decarbonization push is too slow to outpace changes in the global energy sector .

"What we see right now with the reverse flow of Yamal pipeline gas from Germany back to Poland in my view is just the prelude of larger things to come. Hence, a tougher sequel is likely to follow," Rothacher said.