Ukraine and Poland have slammed a deal by Germany and the US to allow the completion of a controversial pipeline to carry Russian gas, saying it poses a major security and military threat. 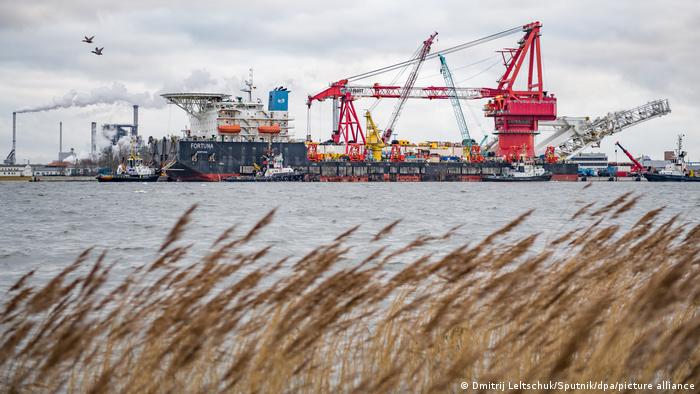 For most countries in central and eastern Europe, the German-Russian Nord Stream 2 natural gas pipeline is not simply a controversial project. Rather, they see it as a measure of the credibility of German policy in the region. And, right now, that credibility is in tatters.

This week's US-German agreement in the Nord Stream 2 dispute, which would allow the completion of the gas pipeline to Europe without the imposition of further US sanctions, has sparked anger and fueled fears in many eastern European countries that view the project as a security threat.

For countries such as Ukraine, Poland and the Baltic states in particular, but also for Romania, the question is whether Germany is serious about its criticism of Russia's increasingly aggressive foreign policy under President Vladimir Putin or whether German economic interests ultimately outweigh taking a firm stance toward Moscow.

Ukraine, which has been in conflict with Russia since Moscow's 2014 annexation of Crimea, and Poland have voiced strong criticism of the German-American agreement, which clears the way for the pipeline to become operational. 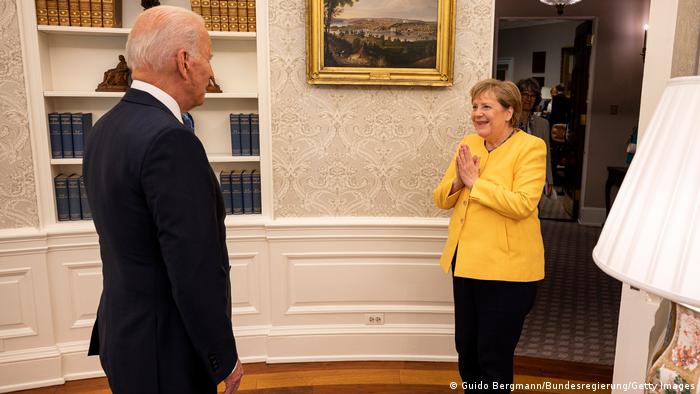 A joint statement by the foreign ministers of both countries, Dmytro Kuleba and Zbigniew Rau, said the decision to stop opposing the construction of Nord Stream 2 "has created [a] political, military and energy threat for Ukraine and central Europe, while increasing Russia's potential to destabilize the security situation in Europe."

Andriy Yermak, the chief of staff for Ukrainian President Volodymyr Zelenskyy, said Nord Stream 2 was a geopolitical weapon for Russia that the Kremlin will certainly use against Ukraine and against Europe.

Kateryna Odarchenko, a political scientist and the director of the PolitA Institute for Democracy and Development in Kyiv, said that Nord Stream 2 threatened Ukraine — and not just with the loss of billions of euros in fees for the transit of Russian gas to Europe.

She told DW that once Russia stopped gas transit, it would not hold back on damaging Ukrainian gas pipelines and that this would mean that the threat of war for Kyiv would increase considerably. She said that the situation could also impact on how quickly Ukraine integrated into NATO and the EU and that the country would need both military aid and financial assistance in the form of low-interest European loans and funds to compensate.

The executive director of Ukraine's Naftogaz company, Yuriy Vitrenko, said he did not believe in German security guarantees that the transit of Russian gas through Ukraine will be allowed to continue. 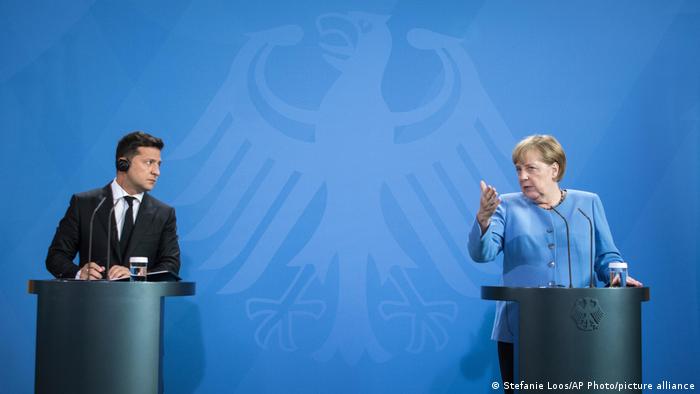 "If the physical flow of [Russian] gas through Ukraine stops, the risk of full-scale military aggression by Russia would go up substantially. Russia will expect nothing much from Europe beyond expressions of deep concern if the military actions do not have an impact on European consumers," Vitrenko told VOA's Ukrainian Service in translated remarks on the broadcaster's website.

Fears in Poland about a more aggressive Russia

In Poland, too, the US-German deal on Wednesday this week prompted strong condemnation. "We have emphasized from the very beginning that Nord Stream 2 is a geopolitical project that destabilizes the political situation in central and eastern Europe," government spokesman Piotr Mueller told reporters, adding that "Poland does not agree with this."

Mueller said the Polish government was "surprised" by the German-American agreement and that Germany was "unfortunately pursuing Russia's interests," Mueller said. He added that, unfortunately, there had been no adequate response from the EU.

Energy expert Robert Tomaszewski of the Warsaw-based Polityka Insight Institute told DW that Poland is likely to coordinate its position on Nord Stream 2 with Kyiv. At the same time, he said, relations with the US and Germany are likely to cool further.

He said there was fear in Poland that concessions from the US could encourage Russia to pursue an even more aggressive policy with regard to Ukraine and the whole central and eastern European region.

In the Baltic countries, lawmakers have so far hardly commented on the German-US agreement on the Nord Stream dispute. However, in the past, Lithuania, Latvia and Estonia, as well as Ukraine and Poland, have repeatedly spoken out clearly against the pipeline project — albeit in less strident terms than Kyiv and Warsaw.

Last week, Lithuanian Prime Minister Ingrida Simonyte called Nord Stream 2 a "mistake." The main problem with the project, she said, is not necessarily its economic impact on Ukraine, but the fact that it increases the EU's dependence on a country where there is no rule of law. 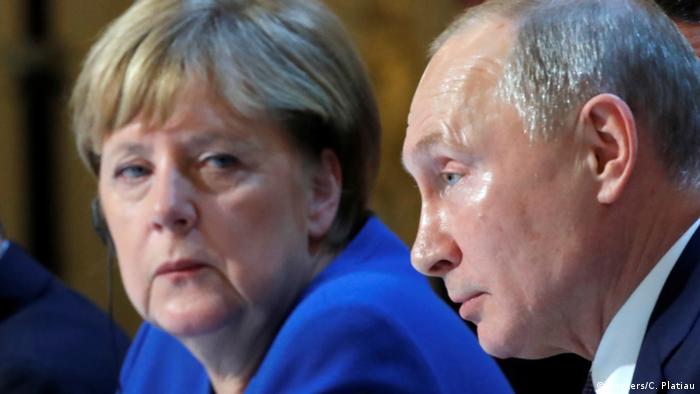 The Estonian prime minister, Kaja Kallas, has also demanded several times in recent months that Europe stop Nord Stream 2 because of the ever-increasing domestic political repression in Russia, which she says is also a security risk for Europe.

In an opinion piece for the online portal Delfi, Lithuanian political scientist Valentinas Berziunas of Vilnius University criticized his country for not positioning itself strongly enough against Nord Stream 2 in recent months.

"It is time," Berziunas says, "for the leaders of the central European countries, or at least the presidents of Lithuania and Poland, to sit down and think seriously about what our region can expect if we continue to allow Russia to share spheres of influence with Germany. It has hurt us a lot in the past and it will certainly hurt us very much now."

This article has been translated from German. Additional research by Alexander Sawizkij and Jo Harper.

A deal that saw the US agree to the completion of the controversial pipeline has provoked a wide range of responses across both Europe and the US.