Strong language from senior politicians and legislation that enhances police powers has led football fans in Germany to take part in civil rights protests. Some experts expect the situation to escalate. 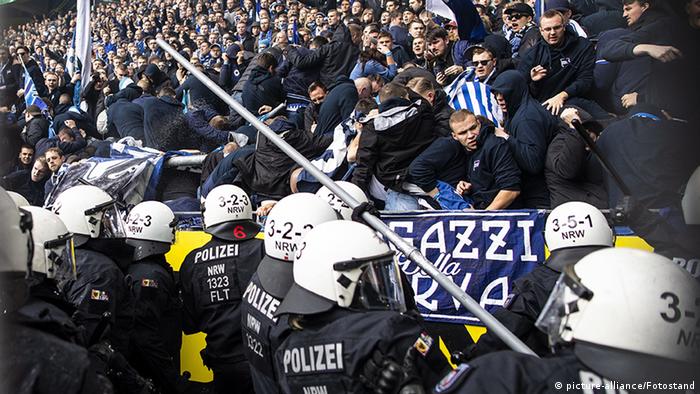 Max (not his real name) is a St. Pauli fan who traveled to his club's away match at Arminia Bielefeld in November. But despite making the four-hour journey from Hamburg, he never actually got in to the SchücoArena.

According to social media reports, someone was smoking on the train that St. Pauli fans were on. Police officers demanded the person gave them their details, but the demand was refused. The situation escalated, and the officers ended up using pepper spray indiscriminately within the crowded carriage, according to witnesses and Amnesty Polizei, the branch of the human rights organization that deals with the police.

Reports suggested that several St. Pauli fans had attacked officers with flagpoles. St. Pauli's fan office, a group responsible for the connection between the club and its fans, told Austrian outlet Ballesterer that none of the witnesses they've spoken to mentioned this.

According to Amnesty Polizei, upon their arrival at Bielefeld's main station, some 300 fans – most of whom were not involved in the events on the train and some of whom were minors – were told they could not attend the game. According to Max, they were held at the station for a period of about seven hours.

"People were denied access to food and toilets," Max told DW, adding that only those who agreed to give their identities were let out.

Germany's Federal Police told DW it could not respond to claims raised by St. Pauli fans as the case is under investigation.

Many football supporters see these kind of incidents as just part of a growing trend in Germany towards increasingly harsh treatment of fans by police.

"Police differentiate between peaceful fans and troublemakers," the Interior Ministry of the German state of North Rhine-Westphalia (NRW) told DW, adding that it's the "police's duty" to prevent danger.

However, Rene Lau, a member of AG Fananwälte, an association of lawyers that provides legal aid to football fans, thinks the fans' feelings of persecution are legitimate.

"We notice that police are more offensive and aggressive, also due to the escalatory tones of the state interior ministers," Lau told DW. 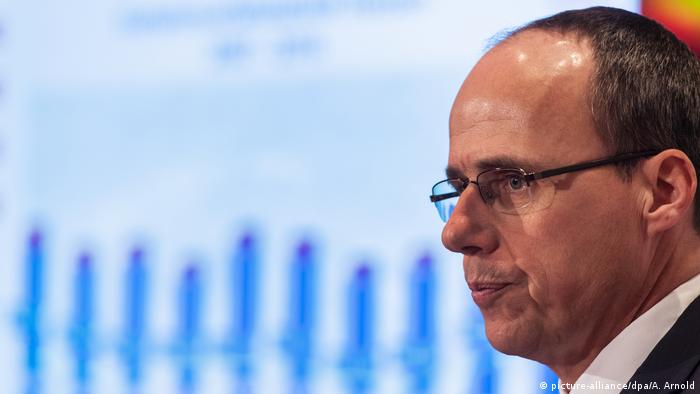 "It's unlawful, It'll never happen, but it sets the tone," said Martin Endemann, spokesperson of Germany's active fan alliance (BAFF). According to him, the current wave of criticism of fan behavior "isn't backed by statistics."

The statistics Endemann refers to are data collected by the police's Office for Sports Operations (ZiS). According to the ZiS, the number of criminal proceedings was down by 13 percent in the 2017-18 season, from 8,023 to 6,921. In Germany's top two divisions, the drop is by more than 19 percent, from 6,637 proceedings in 2016-17 to 5,401 in 2017-18. However, the number of custodial measures, that for the most part do not require a judiciary process, was up by nine percent.

Furthermore, the 2017-18 report suggests 53 people were injured due to the use of pyrotechnics across Germany's top three leagues. The number of people injured by the police's use of pepper spray was almost triple that (141).

A number of German states have passed police legislation similar to Bavaria's, which give local police extensive powers such as wiretapping phones and holding people for extended periods of time without a judiciary process. Many fan groups took part in protests against the new laws, including those of Borussia Dortmund and Bayern Munich.

When asked about the reason for this, some ministers cited the police's counter-terrorism needs. But, according to Lau, police are proving they will make use of the new measures in other ways, too.

"It is not about terrorism, but about enhancing the police's rights, thus restricting civil rights," Lau argues, adding that football fans "are being used as guinea pigs for new police measures."

Max, who also volunteers at St. Pauli's legal aid organization Braun-Weiße-Hilfe, agrees. "These laws will affect the lives of every citizen, not just fans."

"There's a political will to get those laws through, and this reflects on how police handle situations at the stadium," says BAFF's Endemann.

Responding to a DW enquiry, Bavarian police said it's "impossible" to put a figure on the number of cases in which the new law has been applied against football fans and that they don't keep arrest records of all detentions, leaving the picture unclear.

One measure could, quite literally, be tested on football fans. Reports suggest that Wolfsburg's stadium could be the subject of a pilot: face-recognition technology. This was made legally possible by the new police law in Lower Saxony. ProFans, Germany's alliance of football fans, called for politicians to reject the proposal. 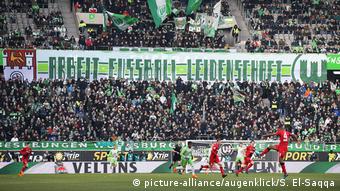 BAFF's Endemann thinks such a move could result in a fan boycott. "We've seen such measures being tested in Hungary. The fans stopped coming, and I can easily see the same happening in Germany."

Despite repeated protests, the general public largely seems to be indifferent to the cause, with one of the main arguments being that those that did nothing wrong have nothing to fear from such developments.

According to Lau, this argument is partly answered by police themselves.

"For years, police have been against the [name] labeling requirement of officers. This also goes the other way: If they have nothing to be scared of, why not have name labels?"

"It will get worse"

When it comes to the future, it doesn't seem like a solution is anywhere in sight.

"It's a war nobody can win," Endemann said. Lau agrees.

"The situation will escalate. In my opinion, it's the police's and the politicians' fault, not the fans.'"