Poland and the United States: Warsaw and its ′big brother′ | Europe | News and current affairs from around the continent | DW | 25.03.2022

Poland and the United States: Warsaw and its 'big brother' 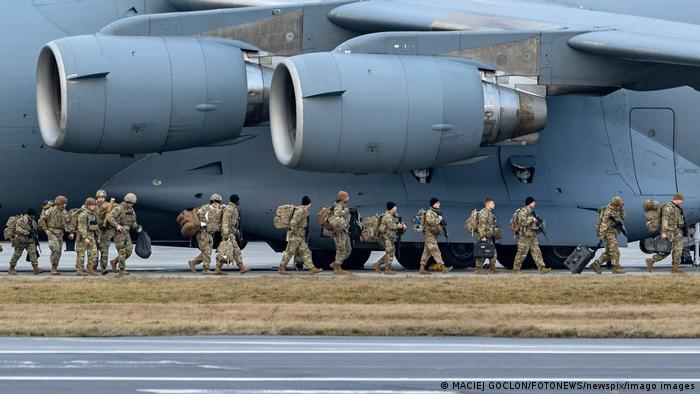 As Russia's invasion of Ukraine enters its second month, there's still considerable consternation in large parts of Europe. The United States has felt obliged to emphasize several times that it would defend "every inch" of NATO territory, as Secretary of State Antony Blinken affirmed when he visited Warsaw in early March.

US President Joe Biden arrived in Poland on Friday, and is expected to pledge his country's support for Warsaw during talks with Polish leaders over the weekend.

"The whole thing brings to mind Roosevelt and Churchill, who met before the US entered the Second World War. They defined their approach and discussed how they'd fight and win the war," Fried said, adding that Poland and the US now find themselves also facing war in Europe.

That situation means security issues eclipse other bilateral issues. "Poland will assume the role of the Federal Republic of Germany during the Cold War," Michal Baranowski, director of the Warsaw office of the German Marshall Fund, told DW. He said a "new chapter" has begun following the first year of Biden's presidency, which, as far as Poland was concerned, was characterized by "ups and downs," with the "downs" clearly outnumbering the "ups."

Washington did not fail to notice that Polish President Andrzej Duda took his time before congratulating Biden on his election victory in 2020. While many other heads of state sent their congratulations following the projection of Biden's win by leading US media outlets, Duda, who had sought to stand shoulder-to-shoulder with Biden's predecessor Donald Trump, merely sent Biden his best regards for running a "successful presidential campaign." Official congratulations from Warsaw's presidential palace only came after Biden's win was confirmed by the US Electoral College.

Poland fights to give Ukrainian kids access to education

"The condition of the world's democracies is a subject close to Biden's heart, and that also includes, in addition to the rule of law, freedom of the press," said Baranowski. Relations between Warsaw and Washington severely deteriorated late last year after Poland's parliament, the Sejm, passed a media law targeting US-owned channel TVN24. Many in Poland were surprised when Duda then vetoed the law.

By this point, US-Polish relations had already been strained by an agreement between Germany and the US on the Nord Stream 2 gas pipeline last July. At the time, the US had accepted the pipeline's commissioning. The Polish government stated it was "surprised," which, translated from diplomatic speech, meant "outraged." 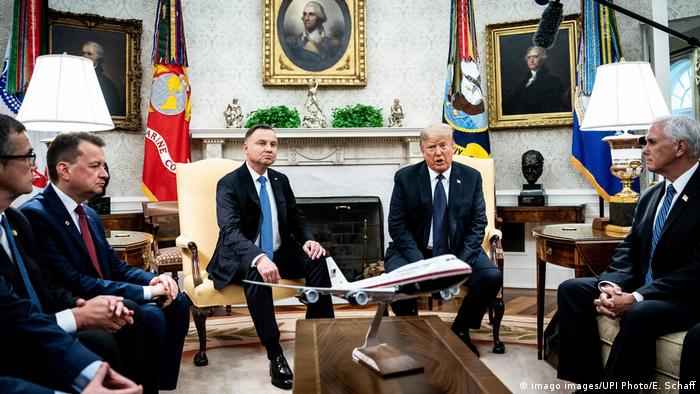 During the Trump era, Poland seemed to have graduated to become the US' most important partner in continental Europe. Warsaw and Washington were ideologically and politically close, irrespective of Trump's statements concerning NATO, which he deemed "obsolete," or his ambiguous stance on Russia and its president, Vladimir Putin.

In 2018, Poland's president said he would welcome a permanent US military presence in Poland that he was ready to call Fort Trump. Two years later, both sides signed an "Enhanced Defense Cooperation Agreement."

"Donald Trump was at loggerheads with Germany and with all of the EU. That's one of the reasons why he gave Poland some attention," former diplomat Janusz Reiter told DW. "Warsaw was overjoyed, which was understandable in a way. But it was also a bit deceptive or even dangerous because Trump's benevolence was a rather unreliable thing, simply because it was just benevolence, as opposed to a strategy. Biden, on the other hand, has a strategy."

Reiter was Polish ambassador to the US between 2005 and 2007, during an era in which Poland supported the US-led war in Iraq that Germany and France rejected. Relations with Washington were close at the time, Reiter said.

For years, Poland has had a reputation of being a thoroughly pro-American country, for which it drew substantial criticism in Europe — and not just when President George W. Bush was in the Oval Office.

"Many Germans found Poland's sympathy for the US, which was evident throughout the last 30 years, difficult to accept," said Reiter. "I hope that now there's no longer a 'US issue' dividing Poland and Germany. I believe someone who really opens their eyes, seeing and hearing what's going on, must understand that we in Europe would be in a much worse position without the US."

In Poland, there was — in contrast to countries like Germany — essentially more basic trust in the US as a nation, regardless of the current president, said Reiter.

Although, Reiter admitted, this was not always the case under Barack Obama — the US leader so popular in Germany and other European nations.

"There were fears that Obama would not give Poland adequate attention when it came to security issues and that he might even make concessions vis-a-vis Russia," said Reiter. "This did not happen, but there was a phase in which US-Polish relations were rather icy on a personal level."

During such periods, he added, the latent accusation of "asymmetry" in bilateral relations — the lack of an equal footing — was even more under the spotlight. 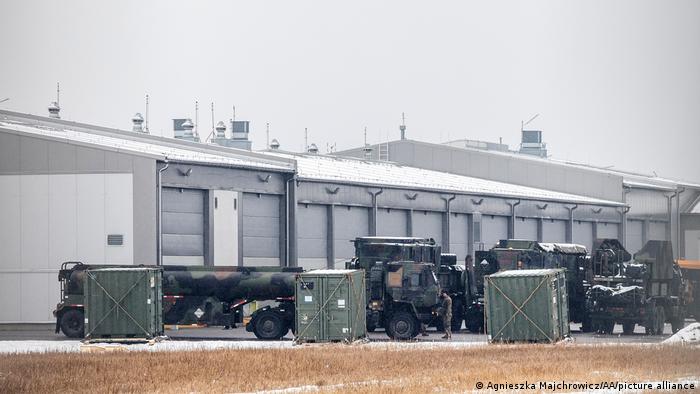 According to Baranowski, the last couple of weeks have provided an example of how this asymmetry is now being put to the test by a Poland that is aware of its increased importance, namely during the confusion regarding the possible delivery of Polish MiG-29 fighter jets to Ukraine.

"There was pressure from some parts of the US government but Poland responded publicly and without consultation," Baranowski said. Warsaw offered the fighter jets to the Americans to provide to Ukraine, and the Pentagon declined.

"From the US point of view, Poland had turned out to be a not entirely reliable partner by making the conflict public instead of resolving it behind closed doors," Baranowski said.

According to him, the imbalance in bilateral relations will now become even more visible: Poland had indeed become more important to the US. But the US, on the other hand, was now literally of existential importance to Poland.