Pexit? US prepares to pull out of Universal Postal Union

The US has informed a special meeting of the UN postal agency that it will leave if reforms are not made. It claims China is taking advantage of its developing country status within the body, and the US is paying for it. 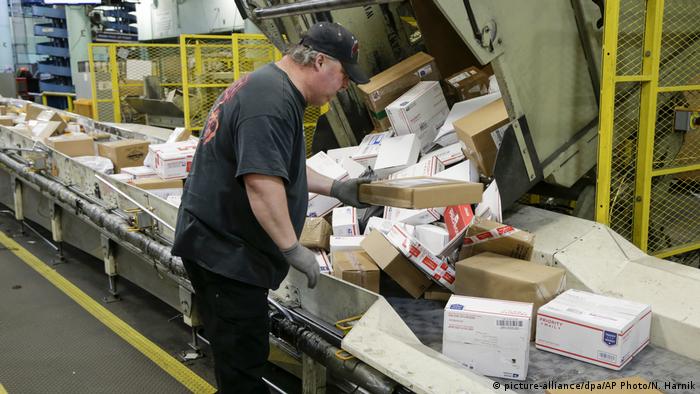 Bishar Hussein, director general of the Universal Postal Union (UPU) said Tuesday that "a nightmare scenario" looms if the US made good on its threat to pull out of the 145-year-old organization.

The UPU is the UN body that regulates global postal services.

Hussein, speaking at a special three-day emergency meeting in Geneva, Switzerland, said the US move could lead to mail going undelivered, packages piling up, and US postage stamps being no longer recognized around the world.

The US is angered by the so-called terminal dues system of prices set by the UPU for international postal delivery. The current system charges sender countries for delivery in destination countries, yet it distinguishes between them, with developing countries paying significantly lower rates than industrialized countries.

The emergency meeting is being held in an attempt to mollify the US. Still, President Donald Trump's hardline trade advisor Peter Navarro was nothing if not combative as the special session kicked off.

Addressing attendants, Navarro warned those who: "Appear to think that our position can somehow be weakened. I can only say to you in all candor that this represents a severe miscalculation, and a very poor reading of our intentions."

The US contends that rules regulating the current system unfairly favor China and likewise, penalize the US and other industrialized countries.

Navarro said: "In an age of e-commerce, the United States is being forced to heavily subsidize small parcels coming into our country. Many are from China, but this is not strictly a China problem."

Washington claims the current international system costs US carriers between $300 and $500 million (€273-€455 million) each year.

The US says it is unfair that China enjoys developing nation status within the UPU, allowing it to pay far lower rates than other countries.

That situation has been exacerbated by the advent of e-commerce, in which many companies from China are sending goods to customers in developed countries. Postal services in those countries are responsible for final delivery of bulky letters and small parcels and reimbursed for delivery.

The US is also opposed to the fact that the UPU determines the price of that delivery, insisting that it should, and will, set its own rates.

A proposal that would allow the US to immediately set "self-declared rates" was voted down 78 to 57 — with nine abstentions — late Tuesday afternoon by those members present. A second vote allowing the US to phase in rate hikes will come up for a vote on Wednesday.

Bishar Hussein of the UPU, said that a departure of the United States from the Union would mean a "total disruption of service to the country," as well as higher shipping costs for online customers.

He added, however, that he was "very optimistic" about finding a solution, saying: "We have a track record of solving things. We have survived two world wars, and the Universal Postal Union has always reinvented itself."

Hussein noted his disappointment over the fact that US was unwilling to wait for scheduled rate reforms set to go into effect in 2021, calling it, "regrettable that the new rates could not come soon enough to prevent the necessity of holding this congress."

China's representative voiced support for reform, but said it should be done in the "spirit of multilateralism," adding, "We should prevent irrational practices." 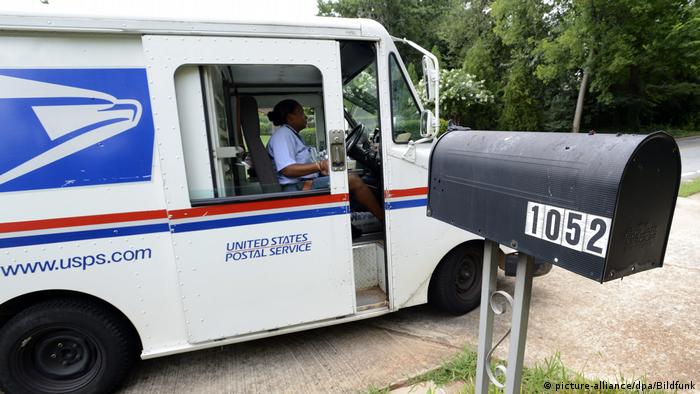 US representative Navarro informed attendees that the US was, nevertheless, "preparing for a possible seamless exit," should they be unwilling to bend to US demands.

On Tuesday, the USPS released a statement saying that it, "is undertaking parallel efforts to ensure the continued exchange of international mail items, even if the negotiations to remain in the UPU are unsuccessful."

Yet another UN organization the US wants out of

Established in 1874 to ensure that mail could be delivered anywhere on the globe, the UPU is one of the world's oldest international bodies. This week's extraordinary congress is only the third in its history.

It is not, however, the first international body to draw the ire of the current US administration. Donald Trump has already withdrawn the US from the UN Educational, Scientific and Cultural Organization (UNESCO) and the UN Human Rights Council. He has also threatened to withdraw the US from the World Trade Organization (WTO).

The US initially announced its intention to leave the UPU within one year's time on October 17, 2018.