A 144-year-old postal treaty has become the latest battleground in the Trump administration's escalating trade war with China. Washington claims the UN treaty benefits China and other countries at the expense of the US. 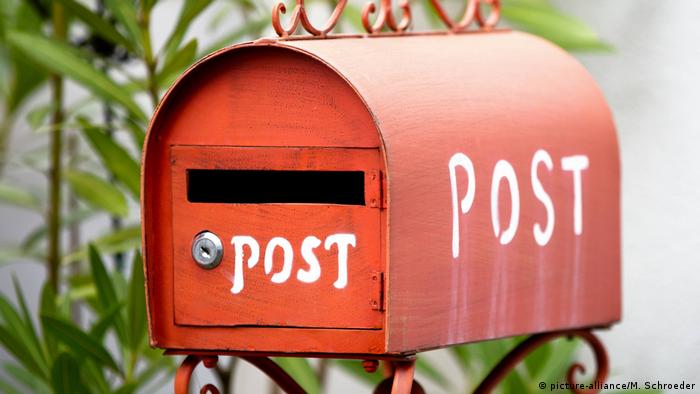 President Donald Trump is preparing to withdraw the United States from the Universal Postal Union (UPU) over accusations that the treaty disadvantages the US, White House officials said on Wednesday.

The UPU is a 144-year-old United Nations treaty that coordinates international postal policies. Part of the treaty also allows China and other countries to ship packages to the US at lowered rates.

Two senior White House officials, who spoke under condition of anonymity, informed reporters that Trump hopes to renegotiate the treaty even as it begins to withdraw from the postal union.

They argued that the treaty allows foreign postal services, especially in China but also in Germany, to take advantage of cheap shipments to the US. Officials said it is cheaper to ship certain packages to the US from abroad than it is to send them domestically.

"People are getting hurt in this country by an unfair system," one of the officials told reporters on a conference call.

The administration officials also said that the treaty is causing the US Postal Service to lose $300 million (€260 million) a year and said people smuggling the narcotic fentanyl use the treaty to cheaply ship the drug from China to the US.

Under the current UPU agreement, foreign merchants are able to ship small packages weighing 2 kilograms (4.4 pounds) or less at a discounted rate to the US. The Trump administration hopes to renegotiate treaty to allow the US to set its own rates for such packages to cover the cost of delivery.

Officials stressed that the goal is not to leave the UPU, even as they announced Trump's intention to withdraw from the treaty.

The National Association of Manufacturers supported Trump's move, calling the UPU "outdated" in the age of e-commerce.

"Manufacturers and manufacturing workers in the United States will greatly benefit from a modernized and far more fair arrangement with China," Jay Timmons, the president of the association, said in a statement.

Wednesday's announcement is the latest move by the Trump administration to remove the United States from multi-lateral organizations and agreements that it believes disadvantage the country.

Washington is already embroiled in a trade war with Beijing. In recent weeks, the US has imposed tariffs on around $250 billion-wroth of Chinese products while Beijing responded by targeting $110 billion in US goods.