Opinion: Why Joe Biden needs to revise the US-Taliban deal 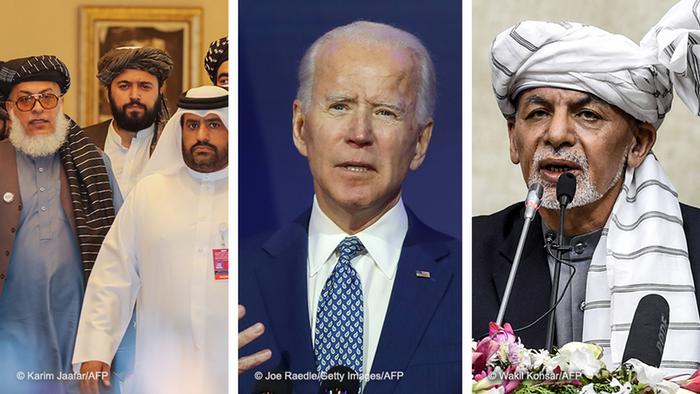 No deal is better than a bad deal, and the US-Taliban accord signed by the former US President Donald Trump is definitely a bad one.

The agreement was done in haste because the US desperately wants to end the 19-year-long war. But the deal in its present form can do more harm to the US and Afghanistan than good.

The new US president Joe Biden's indication that his administration is willing to revisit the Doha deal is a welcome move. We are, however, unsure what kind of review the Biden administration plans to carry out. A half-hearted review, just for the heck of it, won't yield the desired results.

There are reasons to believe that the new administration is only paying a lip service to the Afghan cause. Biden's for secretary of state, Antony Blinken, said during his Senate confirmation hearing that the US "wants to end this so-called forever war." Well, Mr. Blinken, the Afghan war is unlikely to end anytime soon.

If it is only about withdrawing US troops from Afghanistan, the 2020 Doha agreement will serve the purpose. If it is about ending the conflict and ensuring security in Afghanistan, the current deal is flawed and insufficient.

Violent attacks in Afghanistan have only spiked since the signing of the US-Taliban deal. The insurgent group denies involvement in these attacks, but it is difficult to trust them when they refuse to agree to a nationwide ceasefire despite repeated requests from Washington and Kabul.

The intra-Afghan talks have practically stalled. There hasn't been much progress on these crucial negotiations since they kicked off in September after months of bickering and accusations. There are issues about human rights and reduction of violence, but the main stumbling block is an agreement on the future political set-up in the war-torn country.

What would such a set-up look like? The US has assumed that figuring it out should be left up to the Taliban and President Ashraf Ghani's government. Well, it shouldn't; it is also Washington's responsibility.

The Taliban and Kabul have completely different views on what kind of government Afghanistan should have. The Taliban want a Shariah-ruled system, whereas Ghani wants to preserve the parliamentary democracy.

Even if the Taliban agree on the parliamentary form of government, they would want an upper hand in the executive. And why wouldn't they? They control vast swathes of territories in the country and have battlefield superiority. They think they can dictate their terms to the Afghan government, which financially and militarily still depends on the US and other Western countries. The deal, which is basically about the withdrawal of US troops from Afghanistan, would empower the Taliban even more.

At the mercy of regional players

President Biden's newly appointed national security adviser, Jake Sullivan, recently underscored that "the US will support the peace process with a robust and regional diplomatic effort." Therein lies the rub; regional powers are only interested in their own interests.

Pakistani Foreign Minister Shah Mahmood Qureshi expressed hope that the Biden administration would seize the opportunity for peace in Afghanistan, which actually means that he hopes the US will not amend the Trump deal.

It is true that the Doha accord would not have been possible without Islamabad's backing. Pakistan has a considerable influence over the Taliban, and it played a key role in bringing the insurgents to the negotiating table.

But Pakistan wants a strong role for the Taliban in future Afghan governance. Its regional interests are better served with a powerful Taliban presence in its western neighborhood. This, however, does not guarantee peace in Afghanistan.

Pakistan is probably the biggest beneficiary of last year's US-Taliban deal, as it hopes to curtail India's influence in Afghanistan, which has increased manifold since the US invasion of the country in 2001. Some commentators say that with the Doha deal, Trump effectively handed over Kabul to Islamabad.

Would Biden want to give Pakistan and the Taliban that much control over Afghanistan? It would take the country back to 1996 when the Taliban captured Kabul and started their 5-year hardline rule, and when Afghanistan and Pakistan's northern areas became a haven for militants.

The Taliban are a political reality and can't be ignored. In any future set up, the group will play a big role. But after almost two decades of mayhem in the name of democratizing and stabilizing Afghanistan, Washington can't leave Afghans at the mercy of sparring stakeholders. With Trump out of power, it is an apt time for the new administration to amend the US-Taliban pact.

Does that mean the Taliban would be willing to renegotiate the deal? It is highly unlikely. But the new administration needs to at least try and put more pressure on insurgents, and play a bigger role in intra-Afghan negotiations. The US can't escape from Afghanistan.

German chancellor heckled amid promises on cost of living 7h ago

Opinion: Olaf Scholz should have shut down Mahmoud Abbas — he failed 12h ago