US to review Afghan peace deal with Taliban

The new US administration has announced a review of last year's Afghan peace deal with the Taliban. It would also assess whether the Islamist group was holding up their end of the agreement. 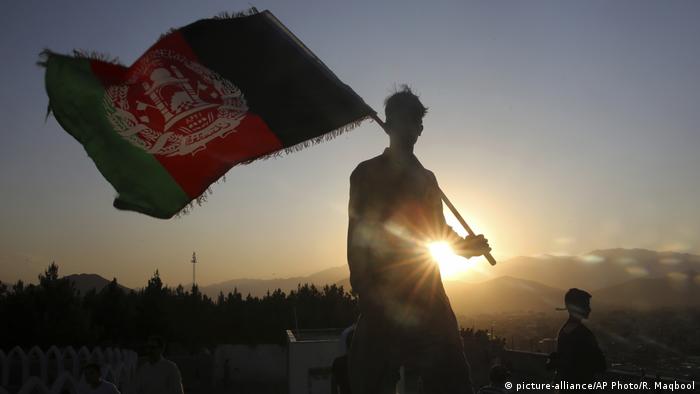 As part of the agreement, the Taliban promised it would participate in peace talks with the Afghan government aimed at ending the country's war

Sullivan "made clear the United States' intention to review the February 2020 US-Taliban agreement, including an assessment of whether the Taliban was living up to its commitments to cut ties with terrorist groups, to reduce violence in Afghanistan, and to engage in meaningful negotiations with the Afghan government and other stakeholders," the White House said in a statement.

US President Joe Biden's pick for his top diplomat also said earlier this week that he would undertake a review of the deal with the Taliban.

"We want to end this so-called forever war. We want to bring our forces home. We want to retain some capacity to deal with any resurgence of terrorism, which is what brought us there in the first place," Antony Blinken, Biden's nominee for secretary of state, told his Senate confirmation hearing on Tuesday.

"We have to look carefully at what has actually been negotiated. I haven't been privy to it yet."

The US-Taliban agreement came with annexes that remain classified, leading to criticism in the US that there were secret understandings with the Taliban.

The US signed a peace deal with the Taliban in the final year of Donald Trump's presidency, paving the way for the withdrawal of American troops from Afghanistan — a longstanding demand of the Islamist group.

The agreement, signed on February 29 in Doha, laid out a 14-month period for the withdrawal of "all military forces of the United States, its allies, and Coalition partners, including all non-diplomatic civilian personnel, private security contractors, trainers, advisors, and supporting services personnel."

Weeks ahead of the 2020 election, Trump said all US soldiers stationed in the war-torn country would return home by Christmas this year, an announcement welcomed by the Taliban.

But when President Joe Biden took office, 2,500 troops were still stationed in Afganistan — the lowest levels in the conflict began in 2001.

In return, the Taliban agreed to not allow extremists to operate from Afghanistan and give some security guarantees. It also agreed to participate in peace talks with the Afghan government aimed at ending the country's war.

The intra-Afghan talks, however, have been marred by a surge in violence, with a recent spate of high-profile killings of officials, judges, journalists, and activists leaving the war-weary country reeling.

The first session of the second round of talks began on January 6 in Doha but there has been no significant announcement about how negotiations were proceeding.

The government accused the Islamist group of failing to actively participate in the peace talks.

"The Taliban not only did not reduce the violence, but they increased the violence," said Waheed Omar, media advisor to Afghan President Ashraf Ghani.

A donor conference for Afghanistan has collected pledges to the tune of $12 billion from the international community. Much of the money was made conditional on the country's commitment to an ongoing peace process.