The Taliban have called President Donald Trump's plan to pull out all remaining US troops from Afghanistan a "positive step." However, negotiations between the Islamist militants and the government are on-going. 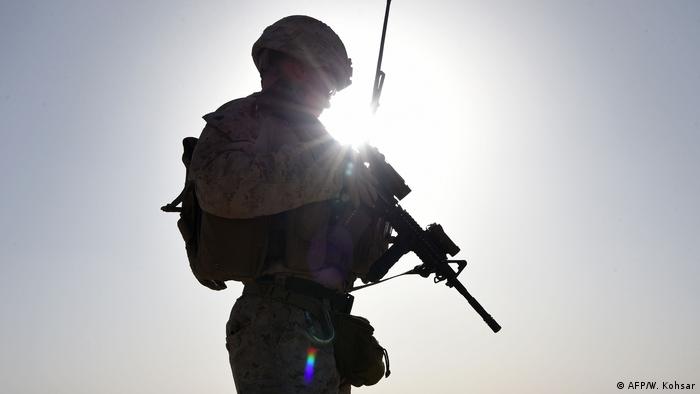 The Taliban welcomed President Donald Trump's announcement that the United States would withdraw its last troops from Afghanistan by Christmas, a spokesman for the Islamist group said on Thursday.

The US president's announcement falls in line with the Doha agreement signed between the Taliban and the United States in February, which agreed on the removal of US forces from Afghanistan after almost 20 years.

Trump tweeted the plan on Wednesday evening, saying that he wanted the "small and remaining number of BRAVE Men and Women serving in Afghanistan home by Christmas!"

Mohammad Naeem, a spokesman for the Taliban, said in a statement that the Islamist group "welcomes the agreement and considers it a positive step in the implementation of the agreement between the Taliban and the USA."

The United States invaded Afghanistan in 2001 following the September 11 attacks carried out by al-Qaida. Its involvement there represents the longest war in US history.

Trump long made promises to pull out of America's "endless wars." His announcement comes a month before he faces Democratic rival Joe Biden in the presidential election.

Following the agreement with the United States, the Taliban also entered into talks with the Afghan government. The government as well as Afghan civilians have borne the brunt of the violence perpetrated by the Taliban since NATO withdrew its combat forces in 2014.

Hope for the negotiations

Discussions have faltered due to the Taliban's insistence that negotiations abide by a strict understanding of Sunni jurisprudence. The Afghan government has protested that this discriminates against Shia and other minorities. 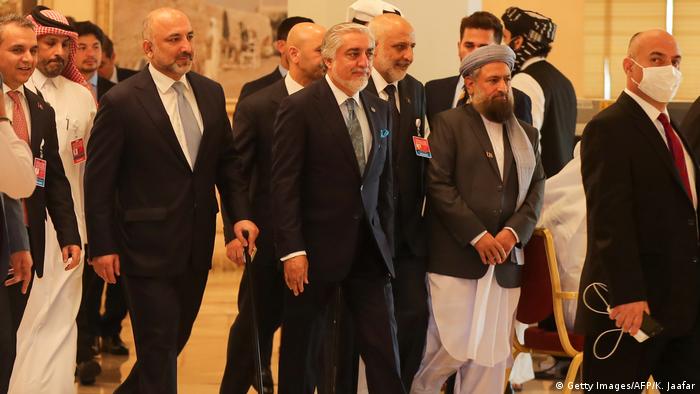 Afghan government officials and Taliban representatives at the beginning of negotiations

US diplomat Zalmay Khalilzad, who had negotiated on behalf of the Trump administration with the Taliban, expressed some hope for the negotiations on Wednesday.

"I believe that the Taliban are quite serious about the negotiations. Many thought that they wouldn't sit across the table from the Afghan government — that all they wanted was an agreement for the withdrawal of US forces. But they are now sitting across the table," he said during a forum of the University of Chicago's Pearson Institute.

Afghan President Ashraf Ghani visited Doha on Tuesday to take part in the negotiations and called on the Taliban to "have courage" and agree to a ceasefire with the government.

A day after the US and the Taliban signed a deal to end the Afghan conflict, Afghanistan's President Ghani has said he will not uphold one of the pact's key agreements — the release of 5,000 Taliban prisoners.