US-Taliban deal — a victory for Islamists? 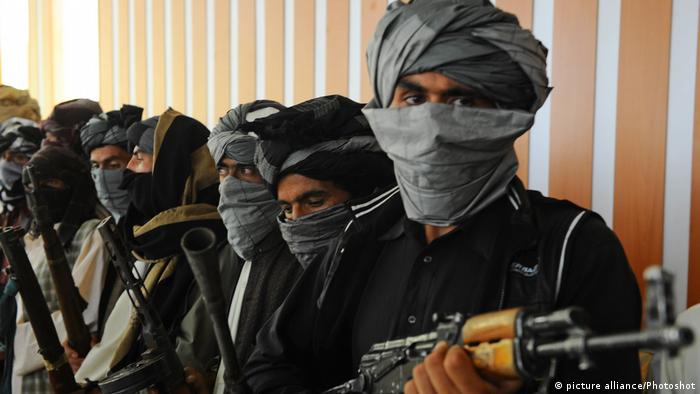 The stage is set in Doha for the signing ceremony of a much-anticipated US-Taliban deal. The agreement will be inked on Saturday, with high-ranking US officials, Taliban negotiators and delegates from various countries likely to participate in the historic event.

It is in Doha, the capital of Qatar, that US and Taliban negotiators have held several rounds of talks. Last year in August, the two sides came very close to finalizing a deal, but US President Donald Trump called off negotiations in September after the militants attacked American troops in Afghanistan.

But within weeks, the Doha talks were back on track, and in less than five months since Trump ended Qatar talks, the US and the Taliban are on the verge of signing an historic agreement. So what changed so drastically in such a short span of time that Washington is ready to seal a deal with one of its arch-enemies?

Afghanistan experts say the deal is mainly about the withdrawal of US troops from Afghanistan — a key Taliban demand since the start of the conflict in 2001. President Trump needs to bring the troops back to American soil to boost his reelection chances this year, they say. It is one of the reasons behind a "rushed deal."

"Of course, that could be a consideration, but the US does not have that kind of leverage over the Taliban to get the deal done," Ali K. Chishti, a Pakistani security analyst who is familiar with Islamabad's role in the peace process, told DW.

"Actually, it is the Pakistani military establishment that gave an assurance to Washington on behalf of the Taliban — by using their influence on them. They made sure that the Pakistani Taliban force the Afghan Taliban to agree to stop attacks on American forces in Afghanistan," Chishti said, adding that Trump used his good ties with Pakistani Prime Minister Imran Khan to get the job done.

The agreement stipulates that the Trump administration will draw the US forces down to 8,600 soldiers from the 12,000 currently stationed in Afghanistan. That will be a significant reduction of American troops in Afghanistan, which will leave Afghan troops vulnerable to the Taliban pressure. In the aftermath of the US troop drawdown, President Ashraf Ghani's government could be forced to make more compromises with the Taliban during an intra-Afghan dialogue.

"Unfortunately, neither the US nor regional countries see the government in Kabul as a major stakeholder. Ghani is definitely a figurehead, but the US-Taliban deal has more to do with the Taliban, the US and Pakistan," Chishti underlined. 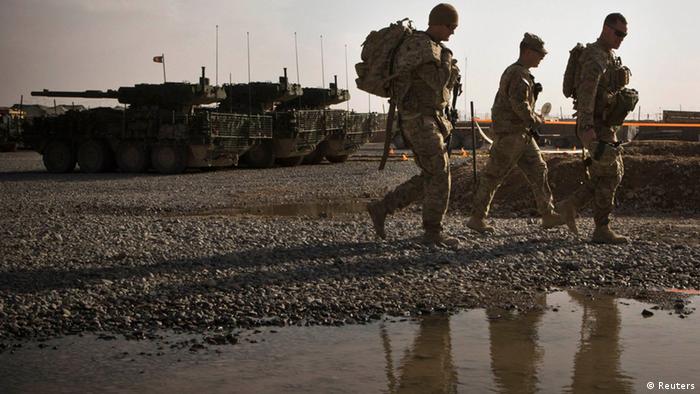 The agreement stipulates that the Trump administration will draw the US forces down to 8,600 soldiers from the 12,000 currently stationed in Afghanistan

Experts also say that there could not be any other way to pave the way for a much-needed political settlement in Afghanistan. The Taliban, allegedly backed by Pakistan, are quite strong in the battlefield despite a long US military campaign in the war-ravaged country. And the US cannot maintain an eternal presence in Afghanistan. In the end, a peace deal would require a proper negotiation between Afghan groups.

"We are concerned about the ambiguity of the deal and how scant information the people in Afghanistan have about what is being agreed upon between the US and the Taliban," Humaira Saqib, a Kabul-based rights activist, told DW.

"They are talking about the release of prisoners, but we do not know under what conditions will these people be released," she said.

"Washington says the Taliban and the Afghan government will hold talks after their deal with the insurgents, but the Taliban maintain they will not negotiate with the government directly. What will happen to the US-Taliban deal if the next stages in the peace process do not work?" Saqib questioned.

An Afghan government delegation is present in Doha to witness the US-Taliban deal, however it is unclear if they are playing a part in it.

The Taliban dub the Afghan government a "US puppet" and have been reluctant to establish direct contact with them. Will that change once the US-Taliban agreement is done?

"The Islamic Republic of Afghanistan has formed a committee to establish preliminary contact with the Taliban," Sediq Sediqqi, the spokesman for Afghan President Ghani, told DW. "We formed it after repeated demands by the Taliban that were conveyed to us by our international allies," he added.

The Taliban, however, continue to downplay the significance of the Afghan government in the process.

"We have not invited the Afghan government delegation to Doha. If the US has invited them, it does not concern us," Sohail Shaheen, the Taliban's spokesman in Doha and a member of the group's negotiating team, told DW.

"We will proceed according to the framework agreed in the deal with the US. The framework is clear — we'll first sign the deal, which will be followed by a trust-building phase," Shaheen said. "During the trust-building phase, 5,000 of our prisoners in Afghan jails, and 1,000 prisoners who belong to the Afghan government, will be released. Only after these steps can an intra-Afghan dialogue start."

Mike Pompeo and Ashraf Ghani are meeting at the Munich Security Conference after the Taliban agreed to a seven-day reduction in violence. Sources in Munich say a deal is close. Shamil Shams and Masood Saifullah report. (14.02.2020)