Ghani's re-election: How will it impact the US-Taliban deal? 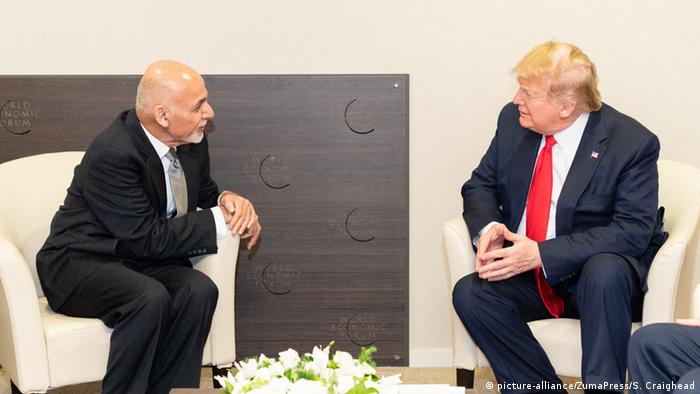 "We declare our victory," Abdullah said. "We will form an inclusive government," he told his supporters.

Abdul Rashid Dustom, a former warlord who enjoys support in Northern Afghanistan, had threatened to form a parallel government if the Independent Election Commission of Afghanistan (IEC) announced Ghani's victory.

Some other presidential candidates, including the former warlord Gulbuddin Hekmatyar and the former Afghan spy chief Rahmatullah Nabil, also claimed the presidential vote was rigged.

In his victory speech, President Ghani urged his opponents to help him unify Afghanistan because his victory was "in fact the victory of the Afghan republic."

Ghani in a tough spot

According to the official results, Ghani secured less than a million votes in the 2019 presidential election. Around 9 million people had registered for the polls. This means that the Afghan president's victory margin is only 0.61%, as per Afghan constitution, a candidate must secure "50% plus one vote" to be declared a winner. This narrow victory, which was a result of the low turnout in the election, is likely to make Ghani a vulnerable president.

"Ghani's most important task is to unite the country and form an inclusive government, otherwise he will have a lot of problems," Yunus Fakur, a Kabul-based analyst, told DW.

"Some Abdullah supporters have the potential to create serious problems for Ghani, especially in Afghanistan's northern parts," Fakur added, stressing that Ghani needed to reach out to his opponents to avoid potential disputes.

What puts Ghani in an even more difficult position is the silence of the international community over the official announcement of the election results.

The Afghan government relies heavily on military and financial support from international backers, therefore it is vital the US and the EU explicitly support the president. So far, Ghani has not been congratulated by Western leaders.

"One major cause of concern for the Afghan government is the silence of the international community," Yousuf Rasheed, the executive director of the Free and Fair Election Forum of Afghanistan (FEFA), told DW.

Fate of the peace process

It is not the first time that Islamist insurgents, who ruled the country from 1996 to 2001, have rejected the result of an Afghan election. The group does not recognize Afghanistan's democratic system, stressing that Afghan officials cannot conduct free and fair elections until foreign troops are withdrawn from the country.

One of the insurgents' main demands for the US-Taliban deal is that all international troops exit Afghanistan.

Ghani told the Munich Security Conference on Saturday that the US, the Taliban and the Afghan government were finally on the same page on taking concrete steps towards a peace deal. But some experts warn that the election results could complicate this process.

"Ghani's narrow victory is likely to have an impact on the intra-Afghan dialogue [which is likely to follow after the signing of the US-Taliban deal]," Michael Kugelman, a South Asia expert at the Washington-based Woodrow Wilson International Center for Scholars, said on Twitter.

The Afghan government has shown skepticism over the US-Taliban negotiations in Doha, Qatar, complaining that Washington has not involved it in the process.

"But only if he succeeds in uniting the country and getting the politicians' backing in the upcoming intra-Afghan negotiations," he stressed.

Taliban spokesman: Ceasefire 'on the agenda'

Taliban spokesman: Ceasefire is 'on the agenda'

US-Taliban peace deal – so near, yet so far

US and Taliban negotiators have held several rounds of peace talks in Qatar, with both sides claiming progress. There could be a peace deal within days, but a single mishap could also derail the entire process. (30.01.2020)