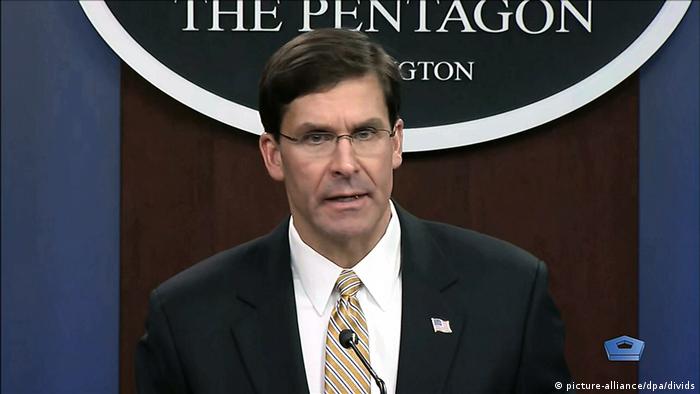 The United States has secured a seven-day partial truce with the Taliban, following talks to negotiate a path to peace in Afghanistan, Secretary of Defense Mark Esper said on Thursday.

"The United States and the Taliban have negotiated a proposal for a seven-day reduction in violence," he said.

The announcement was made as NATO defense ministers met in Brussels, and a day after Afghan President Ashraf Ghani touted "notable progress" in negotiations with the insurgent group.

"We've said all along that the best, if not the only, solution in Afghanistan is a political agreement. Progress has been made on that front and we'll have more to report on that soon, I hope," said Esper.

"I think we're very close. I think there's a good chance that we'll have a deal and we'll see," he told Geraldo Rivera's radio show. "That doesn't mean we'll have one but we'll know over the next two weeks."

Speaking to reporters traveling with him to the 2020 Munich Security Conference, Pompeo said Trump gave the green light to continue the talks, and that Washington was seeking to secure a significant reduction in violence before deeper discussions involving all Afghans can begin.

However, he also called the talks complicated and said the US was "not there yet" in the process to achieve peace in Afghanistan.

The United States and Taliban have been in talks since July 2018, trying to find a solution to the conflict in Afghanistan which began in 2001. The partial truce could pave the way to a long-term peace deal. However, the US has called on the insurgent group to demonstrate its ability to rein in its members' and affiliates' attacks, before mapping out a larger agreement.

Negotiators have held at least 10 rounds of direct talks in the past year and a half. In September, the two sides were close to inking a deal when Trump canceled talks, citing a Taliban killing of a US soldier.

Past ceasefire attempts have failed, and Taliban control of Afghanistan is on the rise. "I think peace deserves a chance. But it will demand that all parties comply with their obligations if we move forward," said Esper.

Every evening, DW sends out a selection of the day's news and features. You can sign up to receive it directly here.