Taliban spokesman Suhail Shaheen: ′We had finalized a peace deal with Americans′ | Asia| An in-depth look at news from across the continent | DW | 10.09.2019

Taliban spokesman Suhail Shaheen: 'We had finalized a peace deal with Americans'

In an exclusive interview with DW, Suhail Shaheen, the Taliban's spokesman in Doha, said the insurgent group is committed to peace talks despite US President Donald Trump's decision to call off the peace negotiations. 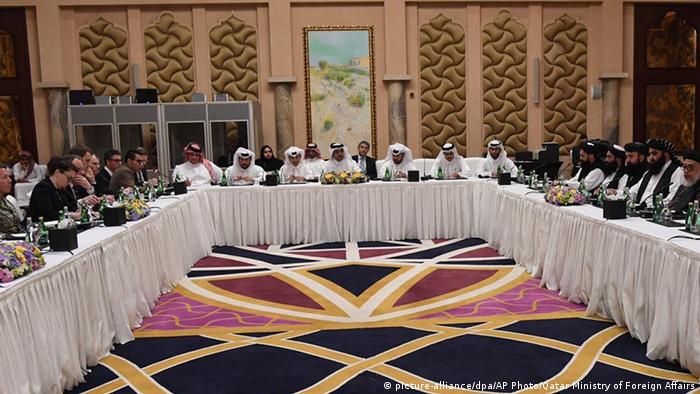 DW: US President Donald Trump called off peace negotiations with your group while you were holding talks with Zalmay Khalilzad, America's special envoy for Afghanistan, and his team in Doha. Was it unexpected for you and other Taliban negotiators?

Suhail Shaheen: We were totally unaware of it. Also, we did not notice any change in statements or the behavior of US negotiators that could forewarn us.

Right before Trump's tweets, we were discussing the deal. We had finalized the document about how the agreement would be implemented. Two copies of the final document [of the US-Taliban deal] were approved by Khalilzad and Masum Stanakzai, a senior member of our political office in Doha, and were handed over to Qatari officials.

Khalilzad and General Scott Miller, commander of NATO's Resolute Support Mission in Afghanistan, also met with Mullah Ghani Berader, the head of the Taliban's Qatar office. All this while, there were no signs that the US would call off negotiations. The US president's tweets took us by surprise.

We still don't understand how the US can call off the deal that took months to negotiate and finalize. This move has undermined the US' credibility. 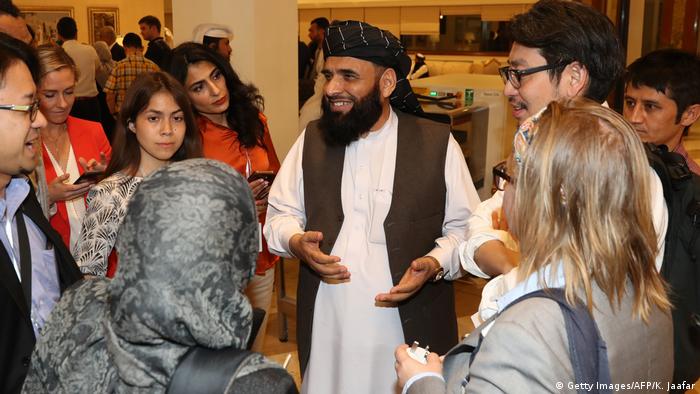 Suhail Shaheen: 'We are still committed to the deal... but we have no control over Washington's decisions'

Did US negotiators in Doha protest over the Taliban-claimed violent attacks in Afghanistan?

Yes, some incidents were mentioned. We also expressed our concerns about the attacks against our fighters in different parts of Afghanistan. But these statements were not part of the official negotiations.

We made it clear that the fighting would continue until a ceasefire is implemented. And a ceasefire could only take place after the signing of a US-Taliban deal.

A Taliban delegation was expected to travel to the US to meet with President Trump. Some reports claim that the Taliban and the US had disagreements on the timing of the trip, as US officials wanted the visit to take place before the signing of the deal. Is it true?

The Americans extended an invitation to us. We accepted it, but told them that our delegation would travel to the US after the deal was signed.

Where are Taliban-US talks headed?

Taliban are negotiating with US – but what’s their plan?

Have you been contacted by US officials since Trump's decision to end talks? Did they officially explain to you why the deal was called off?

We have so far not received any official explanation. But we are trying to get more information about it. At the moment, the only information we have is Mr. Trump's tweets.

Are you still ready to restart negotiations and reach an agreement with the US to end the 18-year-long war in Afghanistan? Are you willing to show some flexibility?

We are still committed to the deal. In our view, the deal is finalized. The US negotiating team also finalized it. But we have no control over Washington's decisions.

The interview was conducted by Masood Saifullah in Pashto.

In response to Donald Trump's decision to cancel negotiations, the Taliban has said it will carry on fighting. The group has continued to gain territory in Afghanistan, as Trump said he plans to pull out US troops. (10.09.2019)