In response to Donald Trump's decision to cancel negotiations, the Taliban have said they will carry on fighting. The group has continued to gain territory in Afghanistan, as Trump said he plans to pull out US troops. 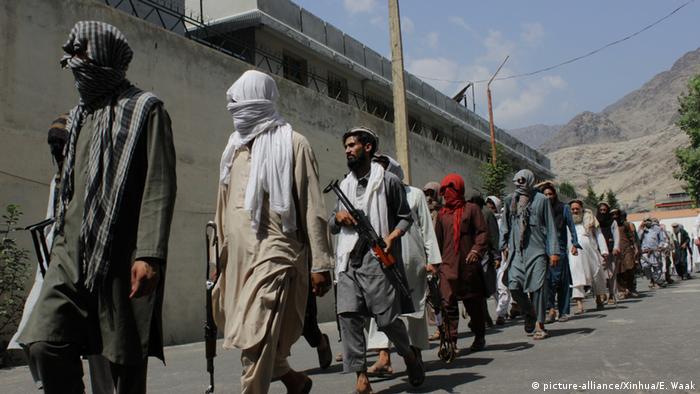 The Taliban said on Tuesday that they would continue to fight against US forces in Afghanistan. The group's spokesman, Zabihullah Mujahid, said to AFP, "We had two ways to end occupation in Afghanistan, one was jihad and fighting, the other was talks and negotiations."

"If Trump wants to stop talks, we will take the first way and they will soon regret it," he added.

The remarks come as a potential peace deal between the Taliban and the US unraveled this week, after US President Donald Trump canceled a secret meeting between the two sides at Camp David, outside of Washington, DC.

But as he canceled the meeting, Trump also declared the peace negotiations "dead."

The White House said it reversed course on the talks in response to the death of a US soldier in a huge Kabul bomb blast last week, an attack claimed by the Taliban.

Getting out of Afghanistan, where US troops have fought against the Taliban for nearly two decades, has been a top priority for Trump and on Monday he reiterated his intention of pulling out "by the earliest possible time."

In the meantime, the Taliban have taken hold of another two districts in Afghanistan's northern Takhar province, near the country's border with Tajikistan, local officials said on Tuesday.

Two provincial council members confirmed to German news agency DPA that the insurgency prevailed over Afghan forces in the Yangi Qala and Daraq districts, after days of fighting.

The regained territory represents a victory for the group's recently launched offensive to capture key cities in the northern part of the country, specifically in Kunduz and Baghlan provinces.