Is Kunduz attack a Taliban tactic to influence Doha peace talks? | Asia| An in-depth look at news from across the continent | DW | 31.08.2019

Taliban insurgents have attacked the northern Afghan city of Kunduz, capturing several installations there. Experts say the siege attempt could be aimed at getting the maximum out of the ongoing Doha talks with the US. 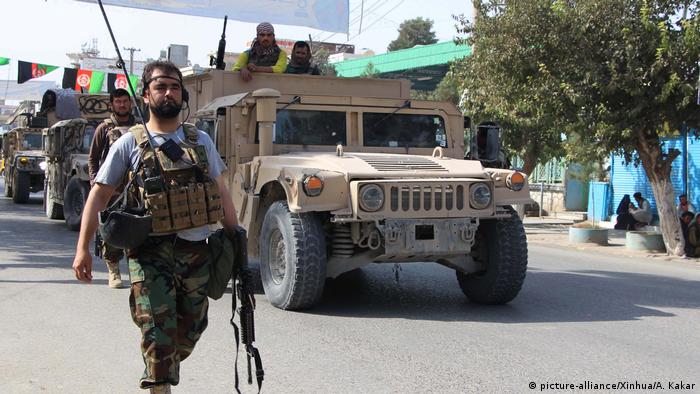 On Saturday, Taliban insurgents launched a coordinated attack on Kunduz, a strategically important city in northern Afghanistan. Sayed Sarwar Hussiani, a provincial police spokesman, told DW that clashes between Taliban fighters and Afghan security forces were underway in the outskirts of the city.

"An Afghan airstrike killed 26 [armed] opponents," Hussiani said, adding that the government forces were attempting to push the militants back.

DW learned that Hussiani was later wounded in a suicide bombing at the main intersection of the city along with other police officials. The provincial police chief was also reportedly injured in the attack.

Kunduz city has been overtaken by the Taliban two times in the last five years, but both times the insurgents could not keep it under their control for long and were pushed back by the Afghan and US forces to adjacent districts.

Northern Afghanistan was considered one of the safest regions in Afghanistan, but lately the area has turned into a new battlefield between the Afghan security forces and armed groups. Taliban fighters have targeted provincial capitals and cities like Kunduz, Mazar-e-Sharif and Maimana in the past few months.

The Taliban's attempt to seize Kunduz has caught many by surprise, particularly because the group is currently holding peace negotiations with the US in Doha, and are reportedly close to signing a deal to end the 18-year-long conflict.

"I raised the Kunduz attack in talks today, telling the Taliban that violence like this must stop. In addition, General Miller visited Kunduz today and is focused on assisting Afghan forces defend the city," Zalmay Khalilzad, the US special envoy for Afghanistan, tweeted on Saturday.

"Ultimately, war will only end when all sides agree it must end. All Afghans must come together in intra-Afghan negotiations to achieve a political settlement and comprehensive cease-fire," he said, adding that he was confident that they are on the only political path to reducing violence and achieving peace.

For more than a week now, Khalilzad and his team have been holding a ninth round of talks with Taliban representatives, aiming to seal a deal that could pave the way for intra-Afghan talks. His trip to Kabul has been delayed as a number of sticking points are still being debated in Doha, the capital of Qatar.

Some Afghan security analysts are of the view that the Taliban chose to attack Kunduz at this point to influence ongoing negotiations with the US.

"Applying pressure – militarily and politically – is a common practice during peace negotiations," Milad Sekandari, a Kabul-based peace activist, told DW. "By attacking Kunduz, the Taliban want to show their strength on the battlefield, in order to secure gains at the negotiation table,” he added.

Sima Samar, President Ashraf Ghani's special envoy on human rights, told DW that the Taliban launched an assault on Kunduz "in order to make more gains during talks with the Americans."

The Taliban, however, rejected the assertion, saying that unless all parties agree to a cease-fire, the group is not under any obligation to stop attacks. They also pointed out that Afghan government troops are targeting their fighters.

In Doha, where the Taliban have a political office, a possibly final round of Afghanistan talks is underway. Sources in the Qatari capital say that a broader outline of a deal has already been agreed upon, and that US and Taliban negotiators are now ironing out the details. A number of working groups have reportedly been set up, comprising the representatives of both sides, to discuss each section of a possible deal.

Taliban delegates say that they are still negotiating the mechanism of the US troops' withdrawal from Afghanistan. At the same time, the insurgents need to assure the US that the Afghan territories under their control won't be used for attacks against the US and its allies in the future.

The two sides are also discussing a possible ceasefire. This means that the Taliban won't attack US troops if and when they start to pull out from the war-ravaged country.

This ceasefire would eventually need to include Afghan government forces, too. But as an intra-Afghan dialogue would only be possible once the US and the Taliban strike a deal in Doha, it is unclear how different Afghan players would proceed.

Taliban officials have once again rejected media reports that they discussed the prospect of setting up an interim Afghan government with US envoy Khalilzad. According to the group, issues such as elections and human rights will be debated during the intra-Afghan talks.

An agreement between the US and the Taliban is likely to increase President Ghani's problems at home. Analysts say that a US-Taliban deal would diminish the chances of holding a presidential election in September. And without his reelection, Ghani would be in a weaker position to negotiate his terms with the Taliban. The Kunduz attack is likely to pile more pressure on Kabul.