Afghan war — What to expect from the US-Taliban Doha talks

The US and the Taliban are close to finalizing a deal to end the 18-year-long Afghan war. But Kabul is still not completely on board, and this could complicate matters. Shamil Shams and Masood Saifullah report from Doha. 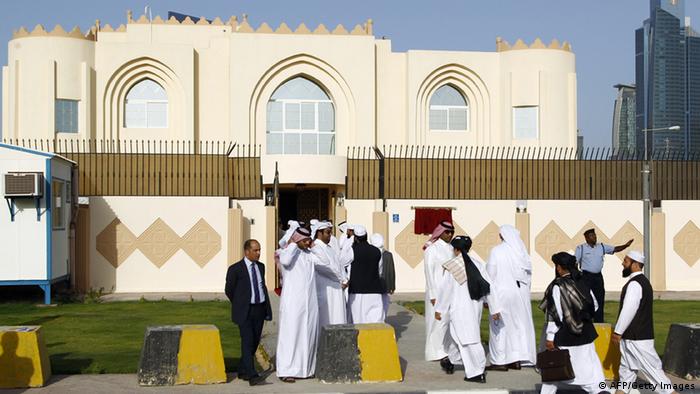 The world is awaiting positive news from the US-Taliban talks in Doha, the capital of Qatar. There is much optimism around the ninth round of negotiations between the insurgent group and Washington, as it certainly appears to be the best chance to end the protracted conflict, which has claimed thousands of lives in the past 18 years.

But there are a number of hurdles that all parties to the conflict must overcome before they can hope for a political settlement.

First of all, the Doha talks are not multilateral — they are strictly between the US and the Taliban. US President Donald Trump's administration has been engaged in bilateral negotiations with the group since July 2018. Even if the two parties seal a deal before September 1 — the US's self-imposed deadline — there is no guarantee that it would lead to lasting peace in the war-torn country.

Afghan President Ashraf Ghani's government has been quite skeptical of the US engagement with the Taliban, primarily because it leaves Kabul out of the game to a large extent. Ghani wants to push ahead with the presidential election scheduled for September, and hopes to win the vote. The Taliban, at the moment, demand a different kind of set-up. Can Trump's special envoy for Afghanistan, Zalmay Khalilzad, deliver on those conflicting demands?

In Doha, where the Taliban have a political office, a possibly final round of Afghanistan talks is underway. Sources in the Qatari capital say that a broader outline of a deal has already been agreed upon, and now US and Taliban negotiators are ironing out the details. A number of working groups have reportedly been set up, comprising the representatives of both sides, to discuss each section of a possible deal. 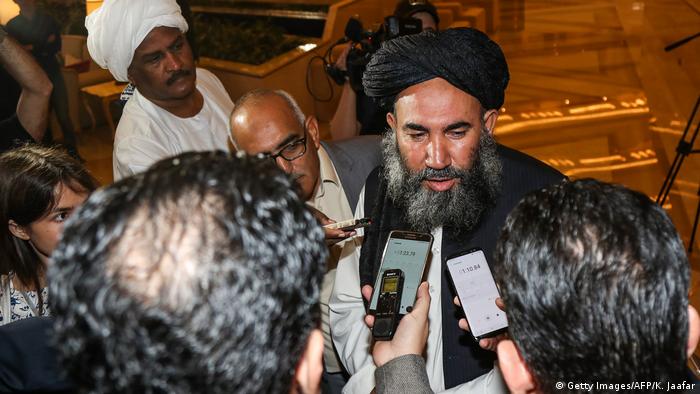 Doha: The ninth round of talks between the US and the Taliban has been intense and extensive

Taliban delegates say that they are still negotiating the mechanism of the US troops' withdrawal from Afghanistan. At the same time, the insurgents need to assure the US that the Afghan territories under their control won't be used for attacks against the US and its allies in the future.

The two sides have also agreed on a possible ceasefire, sources in Doha told DW. This means that the Taliban won't attack US troops if and when they start to pull out from the war-ravaged country.

This ceasefire would eventually need to include Afghan government forces, too. But as an intra-Afghan dialogue would only be possible once the US and the Taliban strike a deal in Doha, it is unclear how different Afghan players would proceed.

Taliban officials have once again rejected media reports that they discussed the prospect of setting up an interim Afghan government with US envoy Khalilzad. According to the group, issues such as elections and human rights will be debated during the intra-Afghan talks.

An agreement between the US and the Taliban is likely to increase President Ghani's problems at home. Analysts say that a US-Taliban deal would diminish the chances of holding a presidential election in September. And without his reelection, Ghani would be in a weaker position to negotiate his terms with the Taliban.

Ghani made it clear earlier this month that he did not want foreign nations to interfere in the country's affairs — an indirect message to Washington.

In a televised speech, Ghani referenced the upcoming presidential elections and said that "without a legitimate and strong government that comes through an election, Afghans won't be able to achieve a dignified peace."

"Our future cannot be decided outside, whether in the capital cities of our friends, nemeses or neighbors. The fate of Afghanistan will be decided here in this homeland," Ghani said. "We don't want anyone to intervene in our affairs."

Ghani emphasized that peace was only possible "between the Islamic Republic of Afghanistan and the Taliban movement."

Wahid Muzhda, a Kabul-based security analyst, is of the view that a possible US pullout from Afghanistan would strengthen the Taliban's position in talks with the Afghan government. While the insurgent group may like the scenario, it certainly would not suit President Ghani.

"We don't even know if the Taliban will then agree to talk to the Afghan government or demand an interim government that they could become a part of," Muzhda told DW.

"The Taliban would be in an even stronger position and will not see the need to engage with the Afghan government," said Muzhda.

After the end of the current round of talks, the US and the Taliban are expected to announce a draft agreement. After that, US envoy Khalilzad is likely to travel to Kabul and hold talks with the Afghan government officials in order to allay their concerns. Washington still has significant clout in Afghanistan.