US to reduce Afghanistan forces by 2020

US Secretary of State Pompeo said that the US wants to begin withdrawing its forces from Afghanistan by 2020. The introduction of a time frame on troop reduction comes as talks with the Taliban are due later this week. 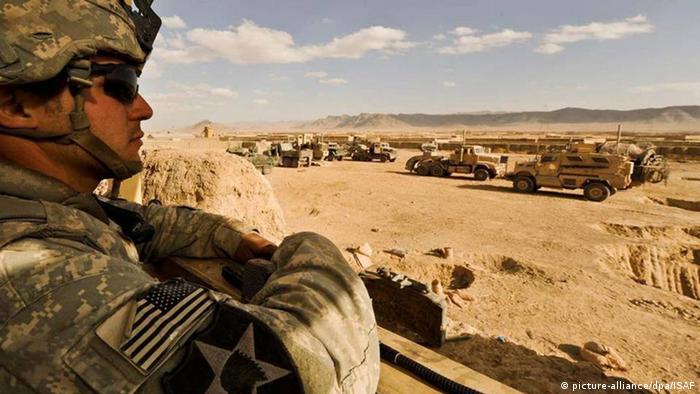 US Secretary of State Mike Pompeo said Monday that President Donald Trump directed him to reduce US combat troop numbers in Afghanistan by the next presidential election in 2020.

Speaking during an event in Washington, Pompeo said that the troop drawdown was an "unambiguous" directive from President Trump, although he did not provide a specific timeline or any troop numbers.

"End the endless wars, draw down, reduce," said Pompeo, adding that the reduction would also apply to forces from other countries currently in Afghanistan.

"We hope that overall the need for combat forces in the region is reduced," Pompeo said. "I try not to do timelines, but I'm optimistic."

The US formally ended its Afghan combat mission in 2014, however, around 14,000 US troops remain to provide air support and training to Afghan security forces.

The US is currently negotiating with the Taliban over an end to the 18-year-long war in Afghanistan. The Taliban has said that direct talks with the Afghan government in Kabul is contingent on the complete withdrawal of foreign forces.

Pompeo's comments come as the US prepares for another round of talks with the Taliban. US officials have avoided announcing a timeline, as disclosing plans to withdraw troops could affect Washington's negotiating position if the Taliban believes the US will withdraw troops regardless of the outcomes of talks.

The Trump administration's South Asia strategy was introduced in August 2017, and called for an open-ended deployment of US forces, while forcing the Taliban to negotiate a peace deal with the Afghan government. The Taliban continues to carry out frequent attacks across the country, despite engaging in talks.

On Monday, two US service members were killed in Afghanistan, bringing the total number of US troops killed there in 2019 to at least 11.

The US State Department said Thursday that Pompeo and  Afghan President Ashraf Ghani had agreed to "accelerate efforts" to end the war, with Pompeo committing to a "conditions-based drawdown of troops."

Last week, during a meeting with Pakistani President Imran Khan, Trump drew controversy by saying if he wanted to win the war it would be over in 10 days and "Afghanistan would be wiped off the face of the earth."

Ghani responded by asking for "clarification" and said that while Kabul "supports the US efforts for ensuring peace in Afghanistan …foreign heads of state cannot determine Afghanistan's fate."

More than 2,400 US soldiers have been killed in Afghanistan since the war began in 2001, and the US has spent more than than $900 billion (€800 million) on military operations and construction of infrastructure.