Afghanistan′s rights activists express concern over US-Taliban talks | Asia| An in-depth look at news from across the continent | DW | 28.08.2019

In an interview with DW, Shaharzad Akbar, head of Afghanistan's Independent Human Rights Commission, said that any US-Taliban deal that undermines the basic rights of Afghan civilians should be avoided. 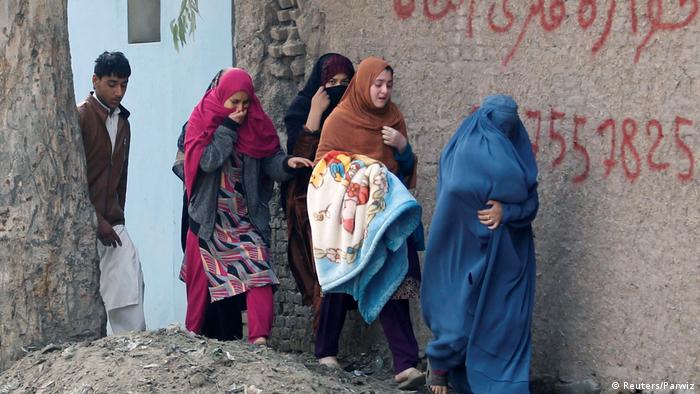 DW: In July, you met with Taliban negotiators in Doha during a peace conference facilitated by Germany. Do you see any change in the Taliban's stance on human rights?

Shaharzad Akbar: The Taliban leadership claims that its views on human rights have undergone a transformation in recent years. But if you look closely, you don't see a big change in their position. The Taliban, for instance, claim that they now have a much lenient approach toward women's rights in comparison to their stance during their rule in Afghanistan (from 1996 to 2001). But reports from the areas that are under the Taliban's control show a different picture. They prove that the group continues to deal with women in a similar manner.

Also, the Taliban have been demanding the implementation of Islamic laws in Afghanistan. We asked them in Qatar: Which Afghan laws did they consider un-Islamic? They didn't say anything specific. They also didn't tell us which laws they wanted to repeal. 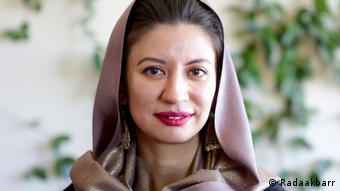 All laws in Afghanistan comply with Islamic teachings. The fact that the Taliban have a problem with these laws shows that they believe in a strict interpretation of Islam that they want to impose on Afghans.

That is why we believe that the Taliban's position on human rights is a cause for concern as we don't see any shift in the group's long-held position on the issue.

A UN report has blamed the Taliban for the majority of the civilian casualties in Afghanistan. The US and the Taliban are now trying to finalize an agreement in Doha to end the 18-year-long war. Rights activists say that a possible deal will be unjust to the victims' families. What is your stand on this issue?

The people's voices must be heard. It is mostly civilians that have died in Taliban attacks. Having said that, I must add that it is not just the Taliban that have inflicted civilian casualties; international forces, too, are responsible for them. That is why, if we ignore the element of justice in a potential agreement, Afghanistan will not have lasting peace.

We must ensure that all these crimes are investigated. If that does not happen, we can't end the cycle of revenge in Afghanistan.

The Afghanistan Independent Human Rights Commission (AIHRC) cannot force the negotiating sides to include criminal investigations in the peace process, but we can conduct polls to tell them what the people really want.

Both the US and the Taliban are optimistic about a settlement in Doha. What is your take on the negotiations?

It is a matter of concern that the future of Afghanistan is being discussed without the participation of Afghans. It shows that the negotiating parties do not feel accountable to the people of Afghanistan. The Afghan government should provide details of these negotiations to Afghan citizens. But as Kabul is not involved yet, it can't.

Zalmay Khalilzad, the US special envoy for Afghanistan, has stated time and again that the ongoing talks in Doha are not focused on Afghanistan's internal issues. He says that those issues will be discussed during intra-Afghan talks later. But in my view, the US-Taliban talks in Doha will have consequences for Afghanistan's internal situation as well. Therefore, human rights activists have serious concerns about the ongoing negotiations in Doha.

The AIHRC wants the basic rights of Afghan citizens safeguarded in the ongoing peace process. It should be a priority. It is important for us because the process could determine which direction Afghanistan would take in the future.

We want the assurance that the voices of ordinary Afghans are heard during the peace talks. Any deal between the US and the Taliban that possibly undermines the basic rights of Afghan civilians should be avoided.

Shaharzad Akbar is the head of the Afghanistan Independent Human Rights Commission (AIHRC).

It should be joyous: 100 years of independence. But Afghanistan is in mourning after a wedding was attacked. The US and the Taliban are thrashing out a deal, but DW's Florian Weigand predicts an uncertain future. (19.08.2019)

Were Afghan peace talks in Qatar a success?

Representatives of the Afghan government and the Taliban reached an agreement on a roadmap to end nearly 18 years of war. But much more difficult work lies ahead to achieve permanent peace, experts say. (09.07.2019)