DW went to a rural district in eastern Afghanistan where people are enjoying a break from violence. As the Taliban and the US are inching toward a deal, they are cautiously hopeful for a future without war. 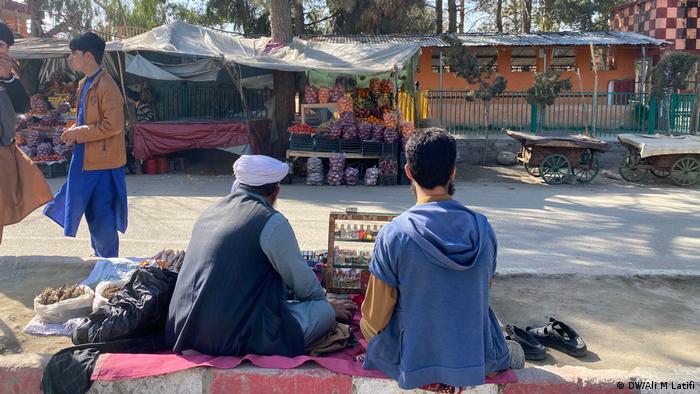 For five years in Khogyani, a district in eastern Afghanistan, Habib has watched as dozens of households around him emptied. He said good-bye to family, friends and neighbors who fled militant groups like the Taliban and fighters linked to the so-called Islamic State (IS).

"They're all gone; a hundred households almost completely empty now. They're all in Serbia, Germany, the UK, everywhere," said the 23-year-old journalism student.

Along with militant attacks, Khogyani has experienced aerial bombings and controversial night raids, which are tactics employed by Afghan and foreign forces that have led to repeated accusations of deliberate civilian casualties.

However, over the past five days, Khogyani has come alive again as people celebrate the weeklong reduction in violence agreed among the Taliban, US forces and the Afghan National Security Forces. 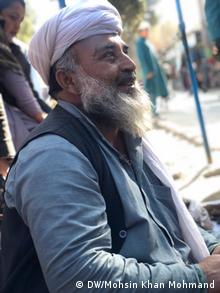 "We're all very happy about it, we can finally go out at night again," Habib said.

A break from 'night raids'

Residents claim a drone strike and a series of night raids two months ago led to the deaths of at least three people in the district.

"They came storming into the houses, scaring the women and children. Each time, they insisted that the house was a 'Taliban gathering place,' said Mustafa, another Khogyani resident.

"But when people come to your house, even if they're Taliban, you can't turn them away. Afghans should know this," he added, referring to the Afghan custom of hospitality.

Mustafa and Habib also said a trainer at a local gym was killed in another series of night raids carried out by a CIA-backed Afghan strike force known for its brutality throughout Nangarhar province.

"They killed him and took his sports gear," Mustafa said.

Still, residents in Khogyani said they are hopeful about the prospect of a US-Taliban peace deal, which Washington said it would sign on February 29 if the reduction in violence holds over the remaining days.

Sayed Ghufranullah, a shopkeeper at the local market, said the peace deal has increased business.

It is a promising sign in a community where people who can't afford to pay smugglers to take them out of Afghanistan have even relocated to the provincial capital, Jalalabad, or the national capital, Kabul.

"We hope it will be extended and turn into a real nationwide ceasefire," said Ghufranullah, who has lived in Khogyani his entire life.

A few meters from Ghufranullah's shop, a group of adolescent men gathered around a perfume vendor who joked about jihad and teased them about getting married. The perfume vendor broke up the jokes by saying: "May we all live in peace."

When IS fighters and Taliban militants roamed the streets, most young men would not have felt comfortable hanging out in the market for fear of being conscripted into either side's ranks. 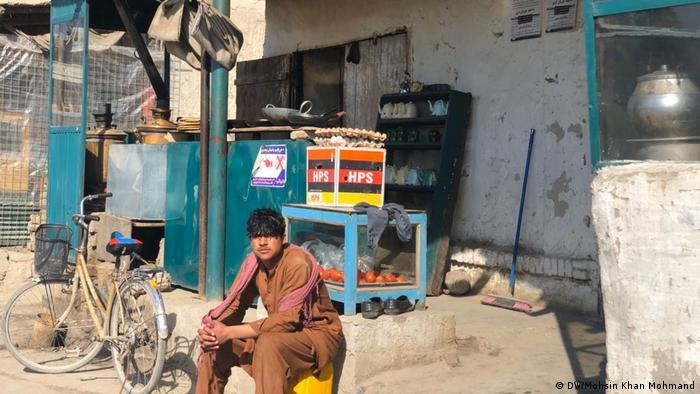 Last year, the Afghan government claimed it had eliminated IS from Afghanistan, but residents in Nangarhar said the Taliban, which fought IS from the beginning, also played a role.

"At least 500 Taliban fighters came from Kandahar province to fight them," said Mustafa. Both Washington and Kabul hope that once a peace is brokered, the Taliban will work with Afghan forces to root out all foreign militants.

In the meantime, the market has transformed; with store fronts painted in the black, red and green colors of the Afghan flag.

Khogyani residents said the reduction in violence has also had an impact on what they consider to be possible, not just in Khogyani, but throughout Afghanistan. Mustafa points to his five-year-old son as an example.

"Whenever he hears the bombings and gunfire, he says 'one day I will take a gun and fight.' But I don't want him to grow up like that. I'd rather he finally live in peace."

Now, when their friends say they want to leave Afghanistan, Habib and Mustafa tell them to wait a little longer.

"Don't go yet, things will change soon. Peace is coming."