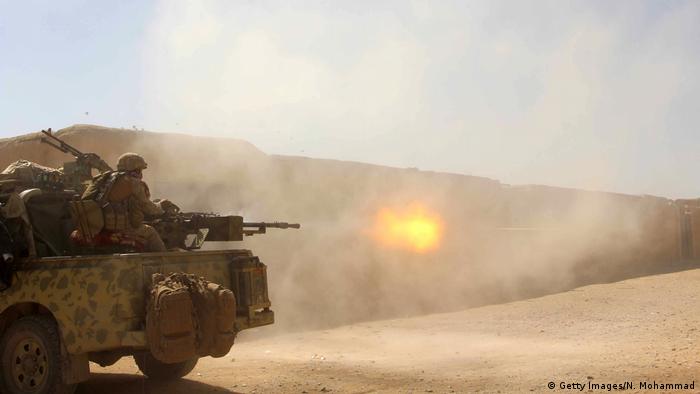 "In case after case, these forces have simply shot people in their custody and consigned entire communities to the terror of abusive night raids and indiscriminate airstrikes," said Patricia Gossman, associate Asia director and author of the report.

The 50-page report, based on interviews with local residents, claims:

The US Central Intelligence Agency (CIA) disputed the HRW report, claiming many of the allegations against Afghan special forces were "likely false or exaggerated."

A CIA spokesman said the organization carries out its operations "in accordance with law and under a robust system of oversight ... We neither condone nor would knowingly participate in illegal activities."

Timothy Barrett said "the Taliban does not operate with any similar rules and — even worse — conducts an extensive propaganda campaign to discredit those who support the legitimate Afghanistan government." The spokesman said the CIA collaborates with its foreign partners in adherence to the law.

The CIA-backed paramilitary forces nominally belong to the main National Directorate of Security (NDS) intelligence service and are not part of the CIA's normal chain of command, nor those of the Afghan or US militaries.

"They largely have been recruited, trained, equipped, and overseen by the CIA," Human Rights Watch said. "They often have US Special forces personnel deployed alongside them during kill-or-capture operations; these US forces, primarily Army Rangers, have been seconded to the CIA."

An Afghan military official acknowledged that Afghan special units sometimes make mistakes "because they carry out the most complicated operations." The official, who declined to be identified, added, "but we are not assassins and there is oversight and accountability."

The CIA-backed paramilitary forces are notorious in Afghanistan and villagers and district authorities often send complaints about brutal raids carried out in the middle of the night.

Night raids are a common tactic that combine elements of surprise, firepower and use night-vision equipment to stun occupants.

In one case the rights group investigated the August killing of 11 men during a raid in eastern province of Paktia, eight of them were reportedly students who had returned home to celebrate the Muslim holiday Eid-al-Adha.

Read more: Will elections settle any of Afghanistan's problems?

According to the Special Inspector General for Afghanistan Reconstruction, a US government watchdog, Afghan special forces carried out 2,531 ground operations between January and September, more than the total of 2,365 for all of 2018.

NATO released data earlier this week, disclosing that the US significantly increased the number of air and artillery strikes as talks between the US and the Taliban collapsed, conducting a total of 1,113 strikes in September.

Speaking to HRW, one diplomat referred to the NDS as "death squads."

The United Nations tallied a total of 1,174 deaths and a further 3,139 injured from July 1 until September this year, representing a 42% increase over the same period last year.

The NDS has not yet commented on the matter.

The HRW report suggests disbanding the CIA-backed Afghan forces or bringing them under the control of the Defense Ministry.

Voter turnout in the presidential election is reportedly lower than expected despite the Taliban's failure to pull off large-scale attacks. DW examines the reasons behind the low participation rate and its implications. (30.09.2019)